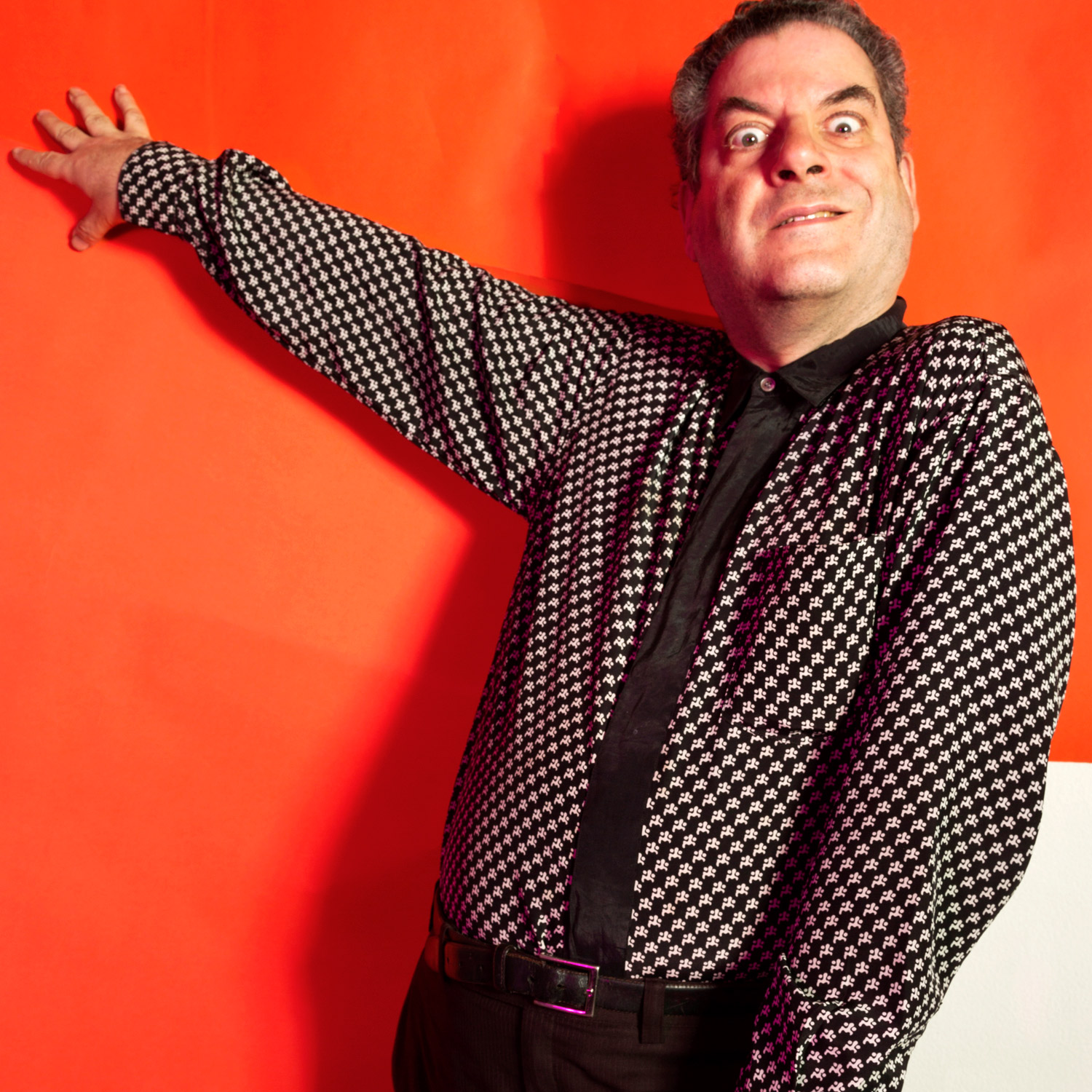 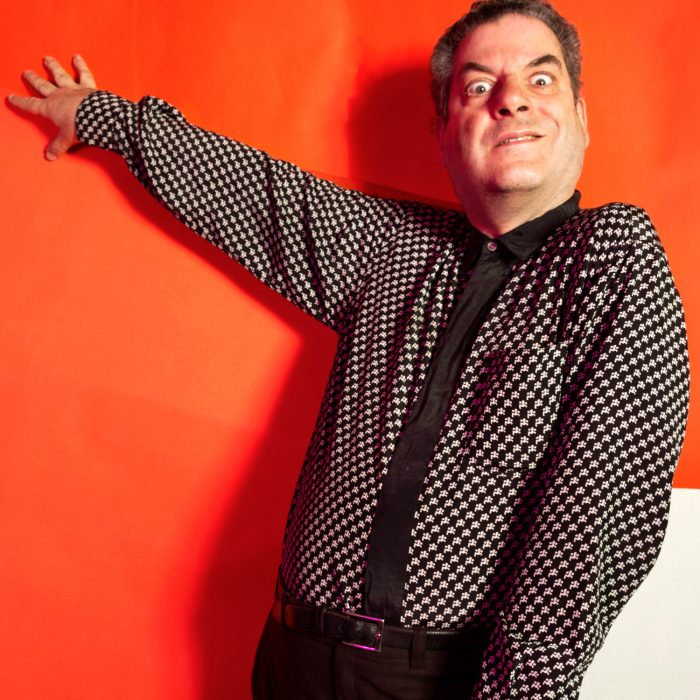 Probably one of the most colorful and popular personalities to roam the streets of New York’s clubs, bars and prestigious events, admired by most, although feared by some, in the best possible way, Michael has been an award winning writer for “The Village Voice”, for over 29 years. He also writes for the “New York Times”, “Out.com” “The Advocate”, “Paper Magazine”, and guest hosts on Logo’s “Cocktails and Classics”.

Each time I speak with Michael, I learn something new about his alluring and masterful career. This time it was the fact that at one time he had a band called: “Michael Musto and the Must”, and that now he is venturing back into the music industry. Michael pleasantly agreed to talk to Louder Than War about his chronicles, as well as his future project.

Louder than War: Michael, just in case someone isn’t familiar with who you are, can you please introduce yourself?

For 29 years I had a column in the “Village Voice”. My column was called “La Dolce Musto”, named after the Fellini film, about a gossip columnist surrounded by fabulous people, “La Dolce Vita”, and I really got to run free as an openly gay, nightlife/entertainment writer, breathlessly reporting my tales of going out on the town every night in the incredible New York landscape. Three years ago they laid me off, but now I am back there is a correspondant. They have a great new owner. I also have a weekly column in “Out.com”, called “Musto The Musical”, a column in the “Advocate Magazine”, called “Michael Musto’s Icons”, I have a weekly blog in “Paper Magazine”, (papermag.com), and I write for the “New York Times”, and I’m on “Cocktails and Classics on Logo”. I’m one of the first openly gay writers who now is flourishing in a world with lots of LGBT media.

You also have written some books, correct?

I love that tittle.

Me too, thats all you need is a good tittle.

You’ve been around nightlife for more than a minute, how do you think it’s changed?

It’s changed dramatically through the years. When I started going out, there was no Internet, there were no apps and sites, so people went out because they had to leave the house in order to, not only find partners, but just to socialize with other people. Clubs were also the way people got their music fixes. That’s all changed now, because there are other ways to communicate, and hook up, and get music. So night life is not what it was, but there is still a plethora of Gay bars, particularly in Hells Kitchen. I think there are probably more gay bars than ever. Each one of them seems to have a drag show as a way to lure customers, because otherwise there is not a real drive for people to go out, except to have a drink with friends. So I would say when I started nightlife was obviously a lot more exciting, but I was young and everything is more exciting when you’re young. For people who are young today I’m sure they can still find night life that excites them.

So what’s your take on the selection for the All-Stars?

The election for president, or RuPaul’s Drag Race All-Stars?

You can visit either one of them…..or both…then you can make your predictions as well.

For president I think Hillary is going all the way. Trump doesn’t stand for anything, and when he does stand for something, it’s pretty hateful. Particularly in relation to LGBT issues, because I feel that we’ve come so far, as far as our rights, our visibility and our acceptance. The Trump/Pence ticket would obviously be a gigantic step backwards. Mike Pence in particular is rabidly homophobic. He wants to take away rights. He wrote an article in the 90s, that employers should not even hire gay people. This is an appalling state of mind that we have to reject in gigantic force.

It’s terrifying, in this day and age, after all we’ve accomplished, that this would even be on the table, let alone being given serious consideration. We have to go out in record numbers obviously, and elect Hillary, not just as the lesser of two evils, but as somebody who is far preferable in terms of gay issues. And Drag Race, I have no idea. I look forward to seeing what’s going to happen.

Let’s talk about “Cocktails and Classics”.

This is the show hosted by Michael Urie, of “Ugly Betty” fame, and of course he’s won awards for his theater work. “Buyer and Seller”. It’s basically a movie party where he hosts people like Drew Droege and D.j. Pierce, (Shangela), and then I’m one of the drop ins. I’m on half of the shows I would say. I drop by and tell my wisdoms about “Whatever Happened to Baby Jane”, or “Valley of the Dolls”, ….and we not only tell back stories but we also act out scenes. We basically celebrate these movies that have a lot of gay appeal. That’s a great thing for me because I have a movie club, I’ve had a long time movie club with like Lynn Jaeger and Mickey Boardman, and myself.

Anything that you want to add?

Just that I’m amazed to be back at the “Village Voice”. I’ve had three cover stories this year so far. The most recent one was the most talked about one. They had a picture of me with Madonna’s breast cone bra as my eyeglasses. It was about my memories….or my mammaries of Madonna. That one really took off. It was done in conjunction of the anniversary of “Truth or Dare”, the documentary. I told my own experiences from the very beginning when I had a band with equal billing with Madonna before she was famous. She was already kind of a diva. And how I came to ultimately admire her and respect her for what she did for the LGBT community. Which is different from what Lady Gaga has done. Gaga now exists in a time where people are much more vocal. Madonna did everything with imagery and innuendo. She was very effective in elevating the gay audience in the international marketplace.

Did you say that you had a band?

Yeah, we did Motown songs, I use to flail around the stage, as the white male version of Diana Ross.

Tell me about that.

In 1980 I got together with a few friends who happen to play instruments. I said “I love Diana Ross so why don’t we do like a Motown cover band, where I can be campy and funny, as a lead singer, but also respect the material because I love Motown music”. So we got together and premiered at a club called, “Hurrah”, and we ended up for about five years playing gigs all over town. I would sing,”Love Child”, and Living in Shame”, and we would also branch out and do like, “Get Ready” by the Temptations. It was kind of a soul band, but done from an openly gay point of view. So I was kind of a head of the curve with Sam Smith. A couple years ago people asked me to start singing again. I’ve been doing that here and there, and I’m actually recording a single with Tyler Stone producing for Trax Records. It’s called “I Got Your Back”, it’s kind of a mid-level, pop/dance, reggae song.

When is it going to be released?

I recorded it and he’s finishing up the production touches on it, so it will be out soon.

When it is maybe we can premier it in Louder Than War, in the UK, can we do that?

They would love it in the UK. They have good taste. They created Adam Ant!