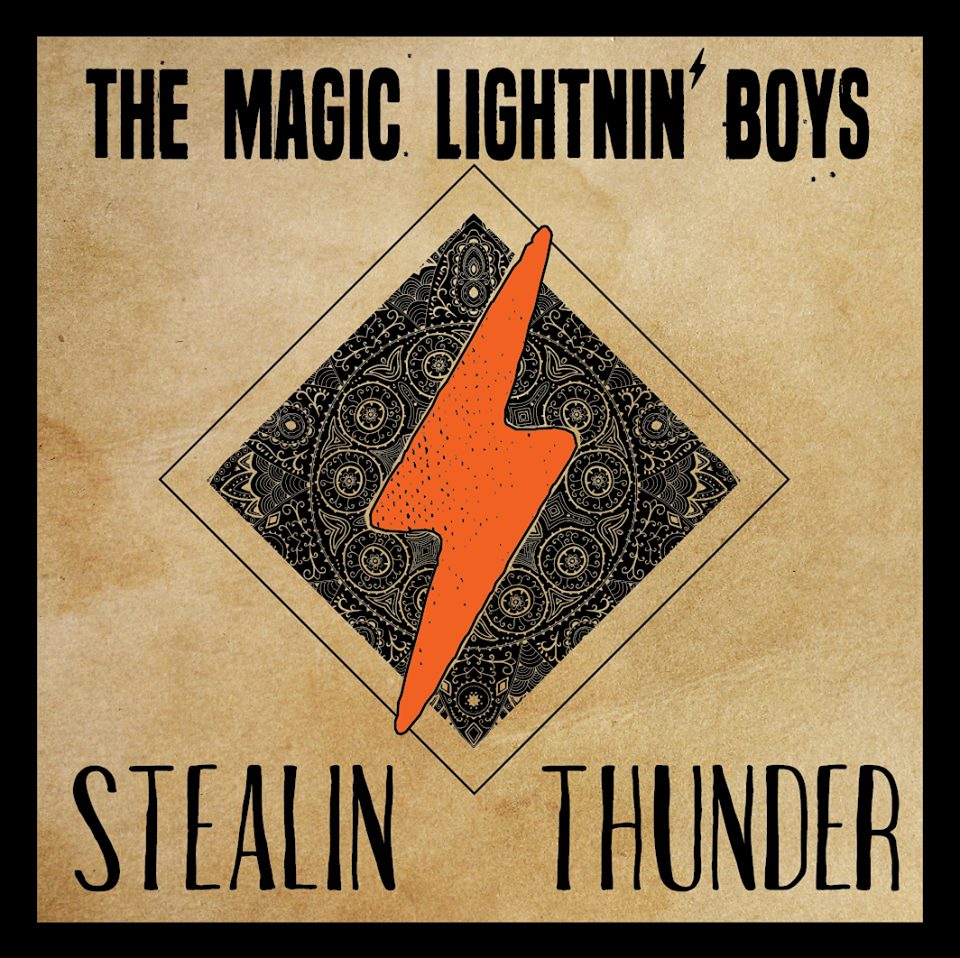 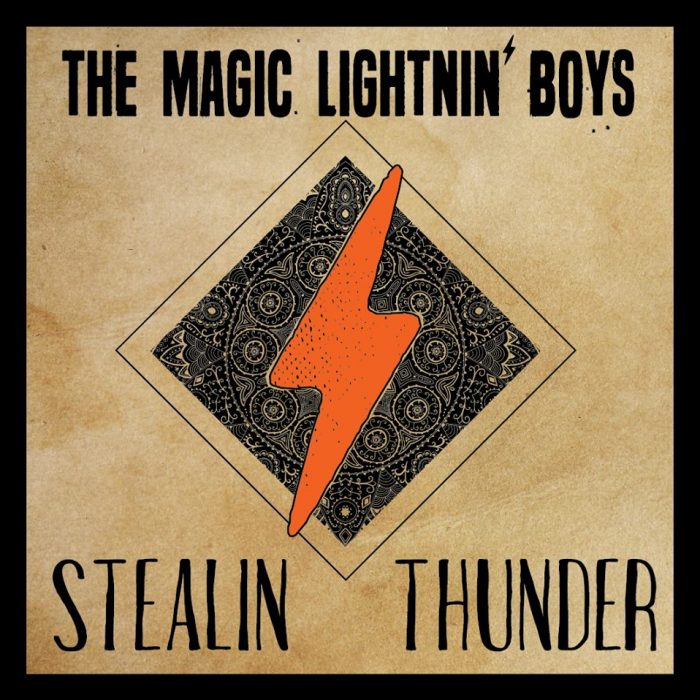 “Stealin’ Thunder”, is the new release from the Cincinnati blues/swamp rock quartet, Magic Lightnin’ Boys. They are about to embark on an extensive tour in support of the release.

Composed of Casey Gomez on vocals, Harp and piccolo bass, Brian Tarter playing guitar and backup vocals, Richie Lee, on bass and drummer, Kurt Lipphardt. The band has resurrected the old blues and hard rock sound, adding passion and soul into the mix.

Louder Than War shared some questions and answers with th group in reference to their unique style of music.

Louder Than War:  I understand that you will be touring in support of “Stealin’ Thunder”, what do you like best about performing live.

The thing I like best about performing live is the connection with the crowd. We feed off of the vibe and it motivates spontaneity of the moment. Everything is real and genuine for that precise moment which makes every gig unique and special. -Casey

Where did you get the name oh your band from…it’s fabulous?

It’s funny, we spent weeks trying to come up with a name that matched our music style. We initially tried to not be pretentious or flashy, but so many of our blues influences were doing just that. We knew we had a swamp blues vibe and all the Voodoo/Mojo stuff was taken and overused. We were heavily influenced by the 80s movie Crossroads, similar to Robert Johnson and his deal with the Devil, the band name actually comes from a scene at the end where bluesman Willie Brown gives his mojo bag to guitar man he calls “Lightning Boy”(Ralph Macchio) before his guitar duel with the Devil’s hitman. He says, “This is the mojo hand, the Louisiana Voodoo charm, the winning boy’s magic. I’m giving you all the magic I got Lightnin’, now go out there and do your stuff.” We liked the old bluesmen names like Lightnin’ Hopkins, Howlin’ Wolf, etc. So we thought we would do a nod to that.  -Casey/Brian

Whose music were you or are you influenced by?

Casey usually writes the lyrics and the music usually evolves from either a jam sessions or someone sharing an interesting riff at rehearsal. The lyrics are usually applied to a groove during a jam session. The process is similar to sculpting, where we shape and mold the jam session until it becomes something substantial.  -Rich/Casey

I feel like your music has a sexy “True Blood”, (HBO series), type of feeling, what would you consider your genre to be?

We call it “Blues Swamp Rock” but we have been told that our music is/sounds “familiar”. We are often told that we sound like an old classic band and people do not realize that we are playing our own originals vs cover tunes. -Brian

How long is the band together and how did it get together?

We have been together for almost two years now. We were all mutual friends who have jammed together in different bands. Brian and Casey were jamming together with Casey as the Bass player in a band called Brass Owl and Kurt and Richie were in various bands at the time. Casey’s wife Angela was diagnosed with Ovarian cancer and while he was taking care of her he wrote a bunch of songs. After Angie passed the band got together with Richie and Kurt and formed The Magic Lightnin’ Boys as it is now.  -Brian

Is there a favorite song that you enjoy playing live?

It is hard to pick out one particular song as a favorite when you perceive them almost as “children”, but we do enjoy playing some of the more “Jam” type songs were we get to wander off of the path and then bring it all back home. We have been experimenting with this quite a bit at our live shows and the response has been great. Songs like N2U, Devil’s Lettuce and Bones all have a wild feel good-honky-tonk vibe which almost demands crowd participation.  -Casey

We would like to release an acoustic album, but we will just have to see what happens.
We are quite ambitious and always excited to move on to the next thing, so it wont be long before we hit the drawing board again…  -Casey/Brian/Rich/Kurt