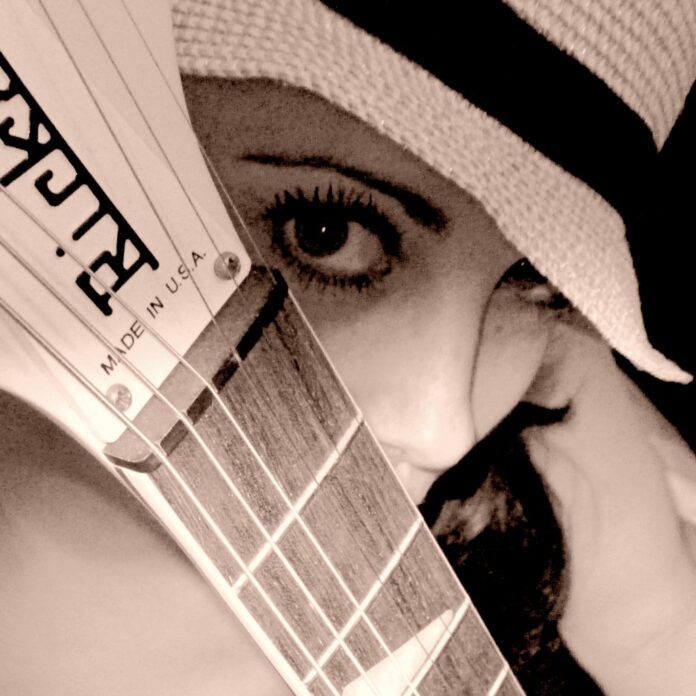 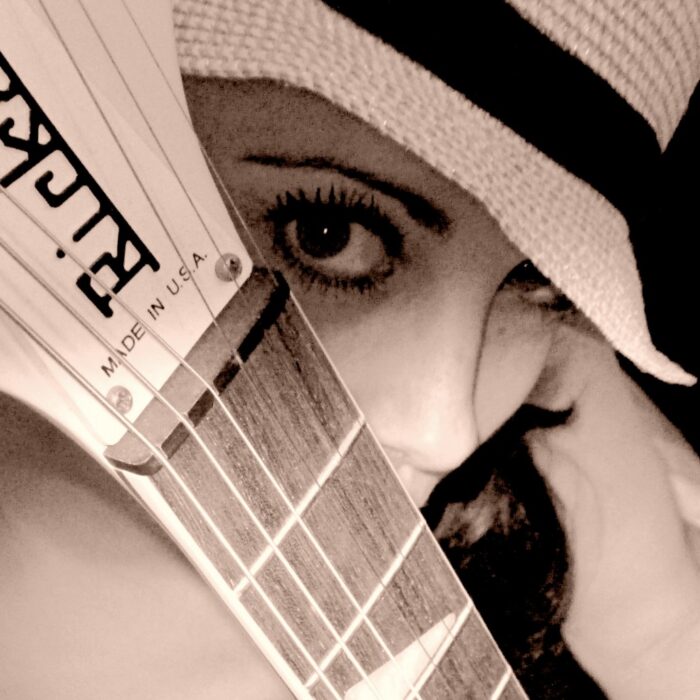 British born recording artist, Louise Aubrie, has celebrated the release of “Late44”, a magnificent collection of song, both musically and vocally, displaying both a retro yet very relevant punk, pop, sound of today.

Her very impressive and original tracks were recorded at the famous and historic Abbey Road studios with the help of some very talented and influential musicians such as Tom Edwards, Adam Ant, and David Ruffy.

Aubrie splits her time between London and New York City, and plans to tour next year. She was kind enough to answer some questions for Louder a Than War, and did an extraordinary job of it.

Louder Than War: You have a very cool retro sound that I believe will become even more popular today. I hear some B-52s and some Smiths….who most inspires you musically?

Thank you very much. To create my own sound, I brought together the musical influences that were most important to me, starting with Elvis and Sinatra. I am not sure how obvious that is from listening to my records (!), but no one comes close (or will ever) to Frank’s style and phrasing in a song. He never once sounded unsure in his attack. And Elvis is, of course, the King. After that foundation, I was drawn to the 70’s – Bowie, T-Rex, Blondie, The Ramones, The New York Dolls, and then coming up to The Smiths in the 80’s, and Garbage and Suede in the 90’s. So it started with the Chairman of the Board and the King. I am obviously not alone in citing these men, but its amazing that they still inspire people, long after their deaths, in so many ways. My music is not Swing or Lounge or Gospel or Rockabilly, but all of that is in my heart, which is the place from where all my songs come.

Pretty amazing! As soon as you walk in the doors, you know you are somewhere very special; you really can sense all the historic music that has been created there. We were lucky enough to be in Studio 2, probably the most famous in the world, and it just inspires you to do your best work. The acoustics are unbeatable; I don’t think you would get a better drum sound in any other room, and we took advantage of the whole environment, including the legendary upright piano and echo chamber. I was lucky enough to be with people who had recorded there before, and the engineers and staff are the best in the business.

How long have you been performing?

I’ve been performing regularly for the last 10 years, and released my first record, “Fingers Crossed…” in 2010.

Most songwriters I speak with tell me that they take their ideas for their songs from life experiences, which of the tracks on “Late 44 best describes a life experience?

Yes, that’s true for me. They all tell a story, and are based on my experiences both in London and New York. The track “Candlelight” is special because its about living through Hurricane Sandy in NY a few years ago; that was a unique experience and I am thankful that we came through it.

Your songs as well as your voice is very compelling and captivating, what fusions of genres do you consider your music?

Thank you so much. As mentioned earlier, I mix elements of everything that I love but I think I would say rock, pop, punk and goth would sum it up!

If you could play anywhere in the world, where would it be?

Ha! I don’t have a specific venue; anywhere where people are enthusiastic about the music and are having a great time, be that a small club or Wembley or MSG!!! Or anywhere I am invited…..

Why split your time between London and New York?

I love London so much as its my hometown, but I felt like I wanted to experience a new chapter in my life, and I had always been a big fan of New York. I remember coming through Kennedy airport with a bunch of guitars and not much else – there was definitely a disproportionate ratio between clothes and instruments! I didn’t really have a plan as such, suffice to say that I wanted to play music there of course, but I didn’t know how or when that would happen.

I think the draw to NY was that its an amazing, iconic city full of the memories of the music that drives me … bands like Blondie, The Ramones, The New York Dolls …. I fell in love with it immediately. And being in the city has had a huge influence, both the city itself and the people I have worked with on my records. It can be tough living in this city, but its also very addictive… its so hard to leave, and even though it can boot you and bruise you, it’s a wonderful city full of opportunities.

London and New York are similar these days in many ways: you walk around and see the same stores, the same restaurants, the same spectrum of (in)sanity and creativity. But there is a difference in the energy. I found the energy in NYC is more heightened than in London, mainly because of the 24-hour culture. I still don’t think London has really embraced this, which is no bad thing, but New York’s streets feel different at night which again can spark thoughts and ideas that might otherwise be constrained to dreams and/or nightmares! I have written a lot of material with the midnight street life providing a backbeat.

What is your favourite thing about playing live?

I adore playing live – that and writing are my favourite aspects of the whole business. It just gives you the freedom to communicate with your audience in a totally unique way – that gig on that night is never going to happen again and its so enjoyable to get feedback and to have those special moments. When you’ve created a body of work, to have the opportunity to share it with so many people is amazing.

I noticed that you have worked with Tom Edwards. I have seen him live many times during Adam Ant concerts during the past 2 years, I am curious if his guitar work influenced your arrangements?

Tom is a fantastic player and I’m lucky to work with him; I was introduced to him by Boz Boorer, who is also a close friend and musical collaborator with Adam. The bulk of the arrangements were done as part of my writing process, but when we got to rehearsing for the recording at Abbey Road, Tom (and the others in the band – Joe Holweger and David Ruffy) added their input, and yes I was very conscious of Tom’s sound and how that would gel with the songs. I’ve known Tom for many years and have played live with him so it was thrilling to know up front what would work on this record. The arrangements were also guided by James Knight, my wonderful producer, and Boz Boorer who added some wonderful guitar parts to complement Tom’s work.

Do you plan on touring?

Yes, in the new year. We are looking at dates and venues so stay tuned!!!

Louise Aubrie can be found online and on Facebook.