Home Music Bands Interview: He Is Me: “Let It Drip” 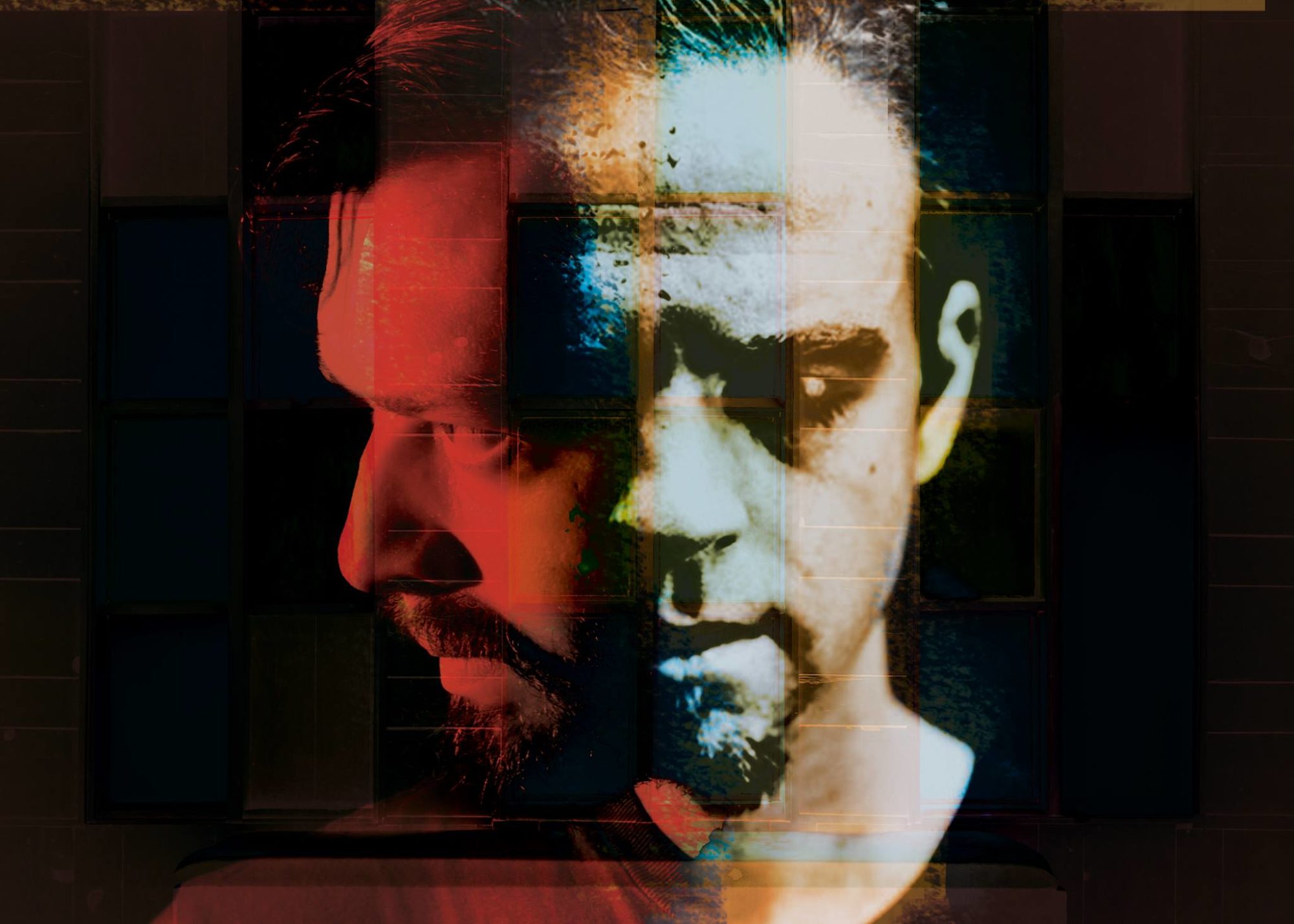 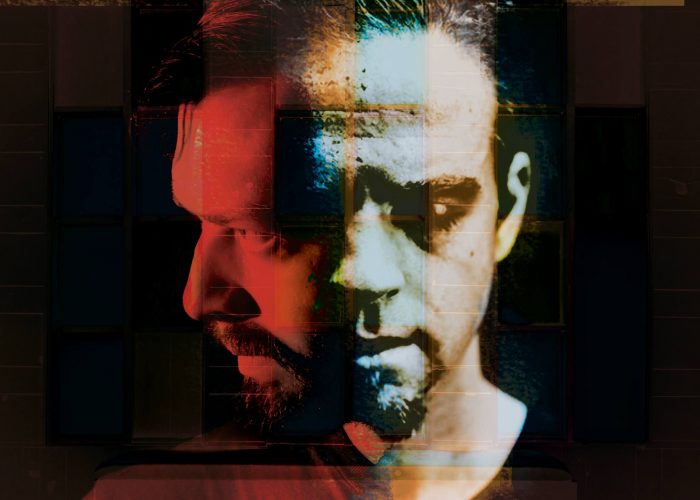 “Out from the ruins….arise”, is the almost anthem like mysticism that surrounds “Let It Drip”, the emotional, and powerful, debut single from accomplished musicians, Steve Moore and Casey Braunger. The song is gripping, confident and mesmerizing.

Steve Moore is a vocalist/musician out of Canada, who has worked with the prog Rock, industrial metal duo, ” The Unraveiling “, while Casey Braunger, based out of Oregon is a musician/songwriter/producer, who has played in various punk, metal, blues and industrial bands. The two are currently working on a full length album.

Louder than War: Your new project is very exciting and powerful. What was the inspiration for “Let It Drip”?

Steve: Thank you! The inspiration for “Let it Drip” initially came from the first 4 lyrics that repeat throughout the song, which are a little surrealist, but there’s a feeling of urgency to them that caught me. They were written during a difficult time, and the lyrics were kind of a way to express fearlessness through that. Kind of a dare to the Universe.

When Casey sent me the initial beat and music, I knew those lyrics would have to be used for this one. The song became like a psychological call to arms – a call to let go completely and not be afraid of where that leads. Also, it was a chance to take my voice into different places, to get a different type of emotion across than, say, with a solely rock song. So I ran with it and am happy with the result.

Casey: Thanks! Yeah, we’re pretty excited about it too! Let it Drip was essentially the song that we said “That’s our sound” once we finished writing it. To be honest, it started off as an instrumental soundscape, but once we started talking about the project and the emotions that we wanted to convey; it only made sense that the sounds this song contained would be perfect for our first single…to introduce “He Is Me”. It evolved from there to what it is now.

What is the message of “Let It Drip’?

Steve: For me, the message can change depending on what you’re going through at the time. One initial message is to drop who you think you are and what the world is and see what’s left. Total detachment. Also, the intent is to introduce this project with a challenge to the listener. A challenge to participate. Come join us and who knows what we’ll find. That’s always the most exciting thing about music…when it can lead to trance or a change in state, to some sort of inner feeling you would not have otherwise had.

Casey: For me, I think of it as kind of the intro to our sound and to our story. It’s introducing the concept of exploring and finding your inner self, and most importantly accepting and embracing it. That’s kind of a big theme with our songs, finding the face beneath your own.

When do you expect a full length album to be unleashed?

Casey: We have quite a bit of material in the works, so hopefully by the end of the year.

Steve: It won’t take too long I wouldn’t think. We’re pretty inspired and going at a good clip.

Both of you as single artists, separate from one other, have other projects that you’ve worked on. What was the motivation for you two to become one?

Casey: I first worked with Steve in 2001 when, as Textile Arcade, I made a song called “Silencer”. We were both active members on an independent artist’s forum. I was a fan of his (he was then with Inner Surge) and I had a song that I thought he’d be perfect for. He agreed and we created “Silencer”. Flash forward almost 15 years and I again reach out to Steve, this time on Facebook, and tell him I have a song that I think would be perfect for him and I’d love to work with him again. He listened to it and basically said “I love it! Let’s do a project.” (or something like that). I said “Hell yes!” and here we are.

Steve: I can verify that!

Will there be a tour?

Casey: Oh boy, I’d love to tour, but at this point in time it’s just not in the cards. Maybe…hopefully we’ll do some shows at some point, but we’ll have to find a full band. Plus, being almost 1000 miles away from each other, it makes it kind of hard.

Steve: Anything is possible. Right now our goal is to reach our people.

He is Me is an explosive name for a duo…..is there a hidden meaning that goes with it?

Casey: It started off as a beautiful quote form a horror movie, “I’ve seen the devil, and he is me.” I felt it was a great quote speaking to the theme of the project. After the democratic process, we decided on the much more palatable “He Is Me.” Once we really began seriously working with each other and communicating regularly, it became obvious that this name was meant to be. We’re on the same page so often it’s truly scary; so, there’s that too.

Steve: I had (and still have) a few names floating around that I wanted to use. When Casey brought that quote to me, I saw many different meanings to “He Is Me”. The oneness of all things. I’ve seen the beggar and he is me. I’ve seen the lord and he is me. Etc…and strangely enough, after the fact, I recalled one of my favorite John Lennon quotes from the fantastic track “I Am The Walrus” that goes “I am he and you are he as you are me and we are all together.” It sounds like nonsense but it’s quite profound. Usually the most profound things sounds like nonsense. That’s what Zen is when it deals with language.

What do you believe the meaning of music is?

Casey: The meaning of our music is to be open ended, take from it what you will. But to me, it’s about exploring your inner self, and everything that comes with that: the good, the bad, the horrifying, the beautiful…all of it.

Steve: I don’t think it has any one meaning, just as I don’t have one life purpose. It’s just vibrant and alive. Personally, I feel music has the power to wake people up, so that’s always in mind when I write.

Where would future fans gain access to your music?

Casey: Our music can be heard on iTunes, Spotify, Google Play, Soundcloud, Bandcamp, and all the other streaming services. We can be followed at Soundcloud, Facebook, and Instagram.

Your artwork is amazing, did you help create it?

Casey: Thank you! We created it ourselves, again using a totally democratic process. I’m a photographer and graphic designer by trade, so naturally I wanted to be the one to create the imagery to ensure a cohesive message. Steve sent me some photos that his friend Ryan Donnelly made and I made some of myself in a similar style. I wanted to convey an image of the idea that we all have another side to us, another “me.” As cheesy as it sounds, It was also a way to portray the connection that Steve and I have had while creating this project. We’ve truly been connected on a major level during this process.