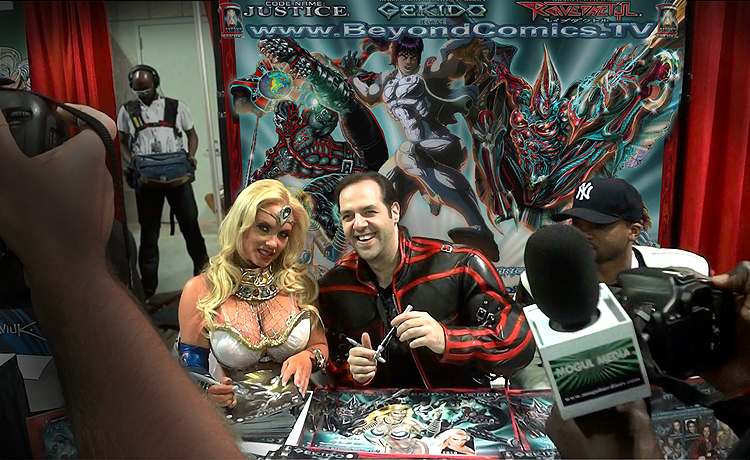 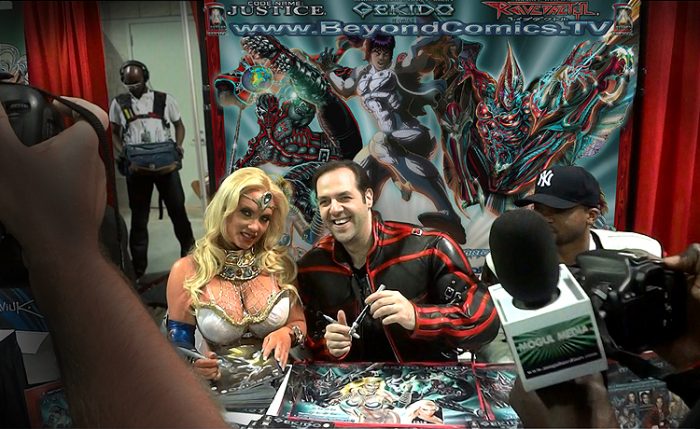 Meeting Graig in the parking area, following a naked party at Sir Ivan’s Castle in the Hamptons, was more than coincidence. The Adam and Eve themed extravaganza left its guests high in spirit as well as high on champagne, however after speaking with Graig for several moments, I decided an interview was in order…..

An amazing artist, and effervescent personality, Graig is an independent artist, who was talented enough to be able to break into main stream TV. He was also commissioned by Michael Jackson, to do his portrait when he was only 17 years old. Talking to Graig was a total blast!

Louder than War :So how do you know Sir Ivan?

I met him a few years ago when we were doing some promotions for some of the TV shows I was on. I recognized him because he was on “Who Wants to be a Superhero”, with Stan Lee. He was walking around with this awesome white suit that he had on, but attached to the suit prominently was a cape. When I told him that I create comic books, we were instantly best friends.

So what Television shows have you appeared on?

It’s been like a whirl-win. The first big TV show that I was on, was: “Ice Loves Coco” on E Entertainment Television. That was such a blast because they followed me around for a few months in my Beyond Comics.Tv studio, and showed me creating superheroes and turning Coco into a Super-heroine in my new comic book Gekido. There is actually an action figure coming out next year,  that I’m really excited about. Then more recently just a few months ago they had a new show on called “Ice and Coco, on Fox 5, it was like a day time talk show. They had me on there too, and showed some of the work I was doing. We had her come down to comic con, and had her dress up as a superhero. I had some of the other characters I created lined up with her, like Gekido, Ravedactyl, and Code Name:Justice. I was also on some of the different episodes of “Comic Book Men”, on AMC, which is a Kevin Smith show. That was so amazing. It’s fun too just to be a part of that whole world especially as an independent new comic book artist.

How did you get your start?

I got my start drawing in comic books many years ago working for Todd McFarlane, on his comic, “Spawn”, issue #30. That’s the thing that launched me into the comic book world. At that time “Spawn” was the number one, top selling comic book. It was such an honor to be professionally hired, and one of the youngest comic book artists to be published at that time. I was still in school. It inspired me to go forward and create all these new comic book characters. There really hasn’t been many new stream characters to hit the market in many years.

What celebrities have you drawn?

When I was about 17 years old I was hired to draw Michael Jackson’s portrait. That was my first giant celebrity. I drew him as like a superhero kind of character. I did a poster of him in these dynamic poses. He was really nice.

One of the most exciting things that happened to me is, that it’s one of the first times that an independent artist, was able to break into mainstream television with my characters. They even featured me on the Howard Stern radio show. I drew “Bababooey”, who’s actually the executive producer of the Howard Stern show, as a Ninja. We also got Grammy winner Coolio, and Donald Falison to play characters in my new comic book as well as Adrianne Curry from America’s Next Super Model.
For more info:
www.BeyondComics.TV
www.facebook.com/Graig.Wiech
www.instagram.com/GraigWeich