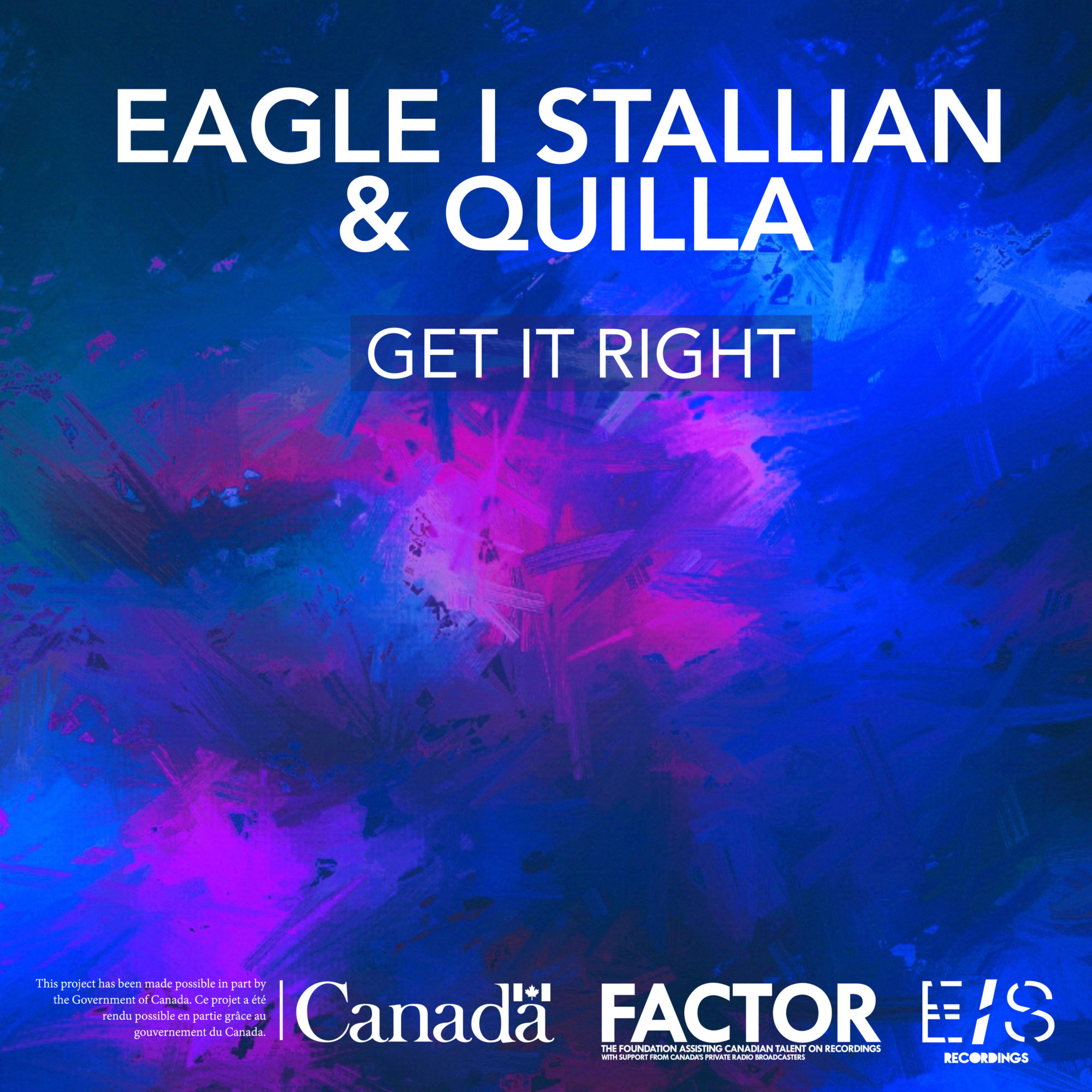 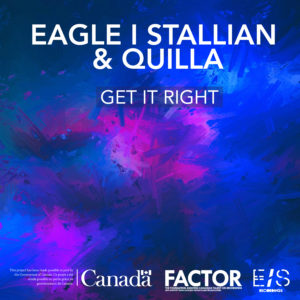 As a meditation on the nature of relationships, singer and songwriter Quilla wrote, “Get It Right”, an extremely powerful single, and collaborated with Eagle l Stallian’s trance production. The track will be released on June 10th.

Eagle l Stallian have been involved in the music industry for the past 10 years. Their music fuses elements of trance and progressive house. Quilla is a Canadian songstress whose music is indie pop, house music inspired.

Louder Than War:  How did the two of you find each other and decide to collaborate?

Quilla: Varti (Eagle I) contacted me when I was speaking on a panel at WMC in Miami. We met up and had a lot in common since we are both from Montreal. Eagle I Stallian remixed “Biological Clock” which is one of the tracks from my album Beautiful Hybrid. Then we worked on Get it Right together.

“Get it Right” is a very inspiring song. What kind of reactions are you getting from audiences?

Eagle I: We’re getting great feedback and support from DJs in the industry. Only a few of our fans have had the opportunity to hear the track at this point, the overall reactions are very exciting! We can’t wait for the official release on June 10th!

Quilla: I have been told that the song is very soothing and uplifting. My goal is for people to have an emotional experience on the dance floor. If dance music can help someone reflect on some other aspect of their life, then that makes me happy. I hope this song can help people have an emotional catharsis.

Do you plan a tour?

Eagle I: For now, we’re planning our second Asian tour around early fall. We’re planning on touring in China and Taiwan and hopefully in South Korea. We played several gigs in China last year, the reception from our fans was incredible!

Quilla: We may do shows together in Montreal one day.

When they say that the music fits the lyrics, I would say that is spot on for this release. Which came first?

Stallian: Honestly, both came first at some point haha! Originally the music came first, but it was an entirely different track, from the melody to the structure. So, Quilla had layed the vocals on that version, and eventually we felt a need to refresh the music and therefore Quilla’s vocals became the precedent for the melodies and structure of what would become ‘Get it Right’ as we now hear it.

Quilla: Also, we worked together on examining the structure of the song and how it flowed. In terms of structure and composition, we worked closely in person and via Skype and the final result is the product of a synergistic collaboration.

Do you feel the words to this song is like a lifeline for people that you will never meet?

Quilla: I like that question; I feel like the question itself could be a lyric in a song. I feel like the lyrics might inspire people to think about their relationships and what drives them forward. If it can even help one person, then the magic of the song is working on some level.

What was the inspiration for the song?

Quilla: For me, the inspiration was romantic relationships and how you have to work hard on them so they continue to evolve and improve. That’s what love is to me: trust, communication, always being there for each other, working to get things right when they are going wrong.

Do you plan any future collaborations?

Stallian: Ever since we’ve met Quilla and sat at our studio the very first time back in 2014, the connection was instantaneous. So, we’re definitely gonna be sharing our inspirations in the studio very soon.

Anything new for either one of you in the near future?

Eagle I: ‘Get It Right’ will be the first track released on our own label EIS Recordings. We’re really excited. It’s a new journey for us and we have a lot of awesome tracks which will be released in the next 6 months.

Quilla: Yes, I have some solo tracks coming out this year (Games was most recent single release) as well as two music videos.