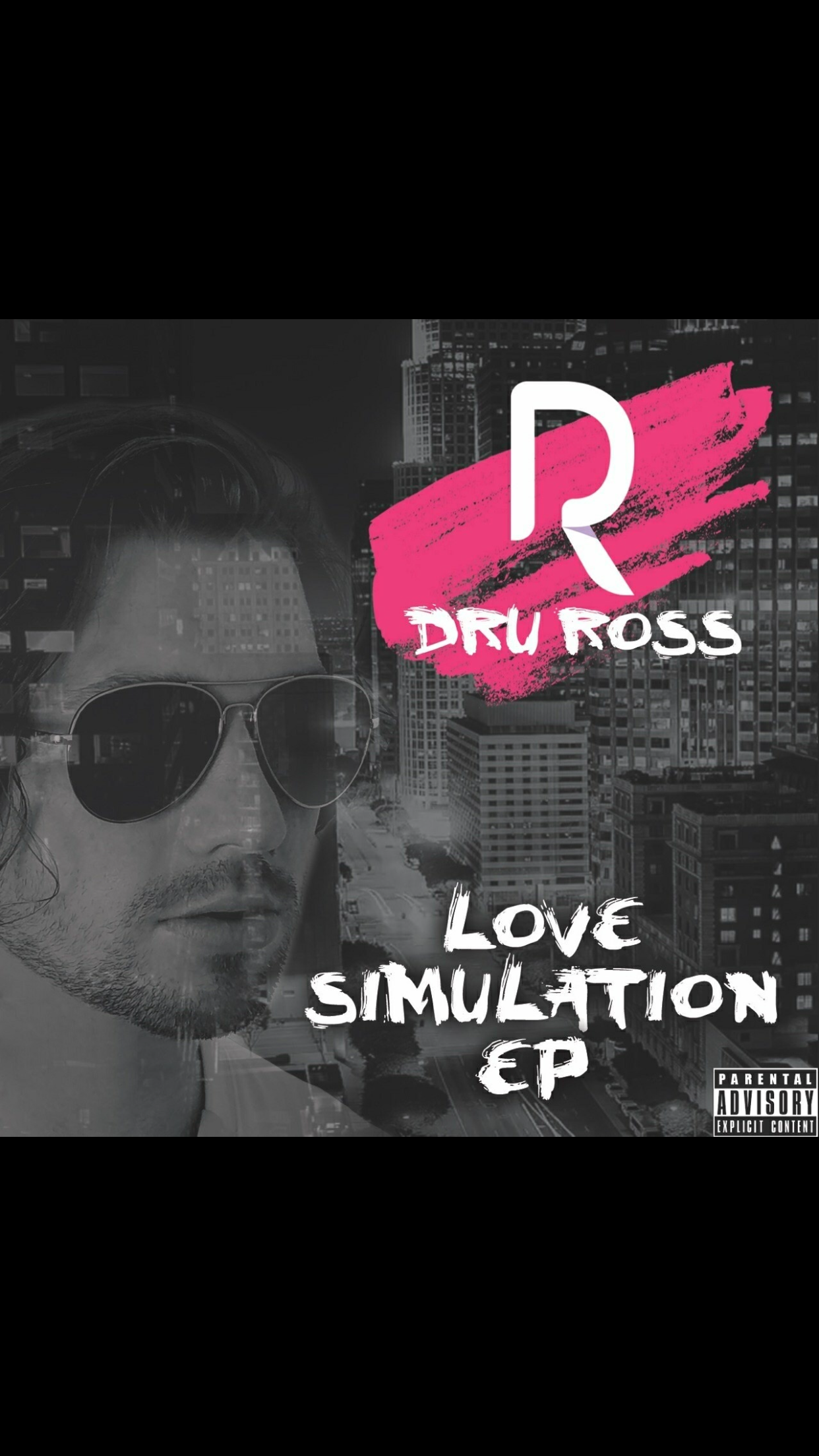 Artist Dru Ross is an enigma, in the best possible way. His explosive, creative, yet attitude free, take on Hip Hop puts him in an eloquent class of his own. At first glance, you see a small town, sexy, little country boy, then sonically he suddenly becomes a larger than life, soulful Hip Hop conundrum.

His EP, “Love Simulation”, is a positive challenge to the world of “Rap”. The songs are salacious, riveting, compelling and entertaining. Ross is a winner of “Apollo Night LA Artist of the Week”, has been featured in “The Hype Magazine”, and a headliner at “The Whiskey-A-Go-Go”.

Louder Than War: Just from looking at you, I feel as though you should be a country artist.

I hear that a lot, that’s for sure. I don’t necessarily look at myself as a rapper. I look at myself as an artist. I love the art of rap, but I’m much more than just a rapper. The typical rapper, the chain, the disrespect, that’s just not me. I think that we need good people to represent the beautiful forms of every art, and I think it’s about time we had somebody that loves the music, and doesn’t just want to be disobedient, and crazy. So I’m trying to bring that GQ style to it.

Well I hope so. There is a positive side to it. It’s poetry. They are all poets, they’re just talking about the wrong stuff.

That’s awesome! Now you have somebody that will show up to a party in a a tux. That’s what I’m going for, that’s the lane I wanna be in, that’s where I’m at.

I’m from a little town called Goldendale Washington, with 32 hundred people. It is about 2 hours down the Columbia River from Portland Oregon.

Are you into any other kinds of music?

Yes, but I haven’t put that music out. I do sing a little bit, and actually it’s kind of funny. I like to sing in a country twang. I’m not the best singer in the world, but I do love writing country music. I love the life on the road, the love stories, the broken heart….I’ve always loved that about country music.

When you write a “Rap” song, do you write it down on paper first, or does it just come out of your mouth instantaneously?

I do it both ways. My better products are always written. What I like to do is, I’ll write something, and then I’ll get in the booth and just rap for several hours off of the lines that I wrote. I’ll come up with things in the middle, break into a bridge, or a hook, or maybe I’ll like the way it sounds and I’ll freestyle some crazy verbiage in the mic. So I do it both ways, but all my songs are mostly written in poem form and I created a cadence and then I lay it down.

Yes I am, I gotta push this brand. We went and performed at the Whiskey-A-Go-Go, and got a standing ovation. It really touched me, I couldn’t believe it. I packed the house, and I just fell in love.

You were on “The Jimmy Star Radio Show” as well?

He found me through social media. Our social media girl Sharee, found Jimmy and he wanted me on his radio show, and I went on there and we had a blast. It’s so nice to meet wonderful people that are passionate.

When did you start to rap?

Basically I’ve done poetry since I am a little kid. When rap became super popular, in the early 90s, and in the 2000s became huge, I turned my poetry into rap, because that was the thing to do. I played on three different sports, and we were always on the bus, and the thing to do was to rap. So there was always rap battles, and everybody wanted to be a rap star. Eminem was huge, Snoop Dogg, Dr. Dre, and then rap blew up. I basically started to closet rap because I was always writing poetry, and I just started rapping my poetry in the shower. Then I just fell in love with the annunciation and pronunciations of each word, and then what I can do with it onto a mic. When I found the mic I just never left it. I found the love for the microphone only about 3 1/2 years ago. I built this home studio in my closet, and I went in there and I just fell in love. I think I was in my closet for over eight hours the first time I ever found the mic. When I came out I was 10 pounds lighter. I was just sweating, I was out of control, and I never felt so alive. The headphones, and the way I could make my voice differentiate, I just couldn’t get enough of it. Then I never stopped. I’ve been making demos ever since. I didn’t show a lot of people because I just didn’t want them making fun of me. I really thought that I was going to make a hit. So I decided to stay on the mic until I created this hit, and then I would show the world. I waited for a long time. When I finally could get a real project done in a real studio, I jumped at it. Here we are.

Well you might not call yourself a rapper, but that’s what you are, and you should just embrace it.

I’m glad you told me that because when people look at me they think I belong in a “Gap” magazine. I’m a GQ rapper.