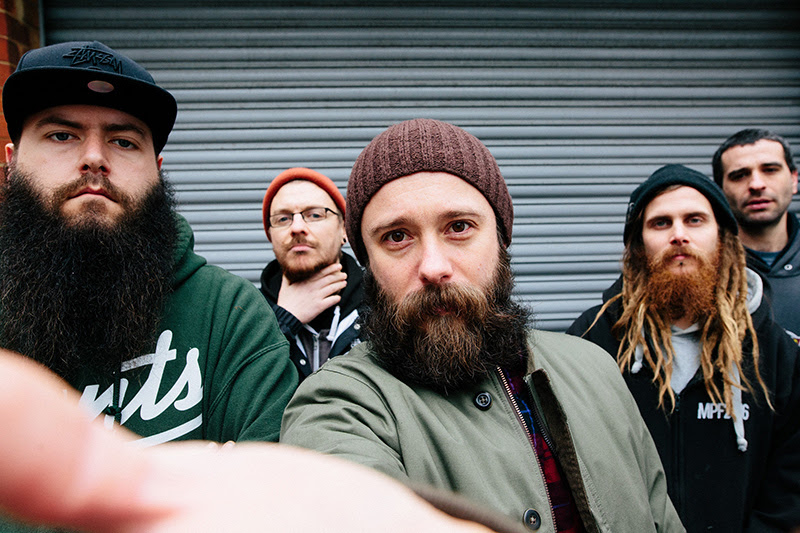 Just released is Darko’s new album, Bonsai Mammoth, a revolutionary contribution to a free and liberal fashion of music. 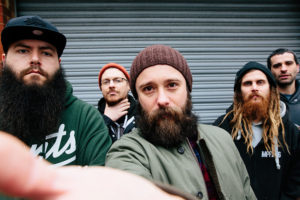 Consisting of frontman Dan Smith on vocals, Rob Piper and Chris Brown on guitars, Karl Sursham playing the bass, and Andy Borg on the drums, their record serves as an identification of the darkened political times we are in and the troubled world around us.

Louder Than War found Dan Smith, and was able to talk to him about the new release. Currently Darko is touring the UK, and plans a European tour this coming May.

LTW: Obviously you believe that punk is still alive and well musically, however, do you feel that the attitude of the ’70’s and early ’80’s still exists, or is it merely an ideology of a past society?

I think that at its heart the old school DIY and anti-establishment-ism is still as relevant in the punk scene today even more so than ever, especially in recent years with governments becoming more right wing and totalitarian towards their citizens. Having not lived through that era of punk, I have no first hand experience of what it was really like, but (in my opinion) today’s modern punk scene is a place of acceptance, a place to release the tension of everyday life, it’s a scene that’s survival relies on the community of DIY promoters and small venues that enjoy the energy and spirit that go hand in hand with punk music. And obviously the people who come to the shows and support their local scene. One of punks most appealing aspects is the acceptance of other people (unless you are a right-wing Nazi cunt, those assholes can fuck right off) in punk rock there is a place for everyone and I think that as a style of music all the sub-genres it has broken off into since it’s inception (hardcore, oi, pop-punk, skatepunk etc etc) is a great reflection of that and that ideology is much needed right now in the worlds current circumstances

What’s your take on names such as, Johnny Rotten, David Johansen, Adam Ant and Jordan Mooney?

Older than me… and I’m getting older! I didn’t really listen to this era of punk. I was more introduced to the scene by getting into grunge in the ’90’s, going to local shows, then discovering bands like Strung Out, Lagwagon, NOFX, Blink 182 etc ,they were all gateway music for me to delve in to punk.

Is there a theme going on with your new release?

Yeah, the album is called Bonsai Mammoth. And the idea behind that is that a lot of the songs are about potentially small issues that are possibly a lot bigger than they may seem. So the cover is a representation of an elephant in the corner posing as a small tree. I feel I’ve been more candid with the lyrics in places and opened myself up on more than I previously have before. I’ve tried to tackle issues such as trying to get men to open up to each other when they are feeling depressed and suicidal, violence against women, global warming and having to conform to societal views on how you should live your life and having to explain yourself for making those decisions amongst other subjects. While some people will say, hey these are rather big issues that are quite well known, for me in my experience I feel that some of these issues get swept aside by larger society, whether they purposely ignore what is going on or are too afraid to confront the issue, these problems are there and they are festering away and are all much bigger than we really think.

Who inspired you growing up, and whom are you inspired by now?

Oh, there’s been so so many. Growing up I was into Guns N’ Roses, Nirvana, Metallica, Green Day and bands of that like… oh and Pearl Jam, how could I forget! After being taken to a Dreamkillers show in Brisbane at 15 I started to be more inspired by the bands that were in the national music scene such as Regurgitator, Custard, Living End. (At this point is probably good to clarify that I grew up in Australia). Now I’m more inspired by the guys I’m in a band with and any band that I think is out there making great music and working hard on their craft.

Do you plan a tour to support the release?

We have a handful of shows across the UK February through April, then in May we head to mainland Europe for about a month.

Is there a favorite song that you prefer performing live?

I like them all. It may seem weird, but I don’t think that there really is a favorite for me to perform. If I had to pick one, I’d say “The Smarter that I think I am the dumber I actually get” from our second ep. We opened with that quite a lot last year and it’s really fun watching the reaction of people who have never seen us before lose their shit when Rob and Chris kick into the duel harmony solo.

After the album launch shows and May tour, We have some summer festival dates across Europe, which will take us up to about the end of August. While nothing is set in stone for Sept onwards, we’ll be on tour somewhere probably and start to plan the next release after.