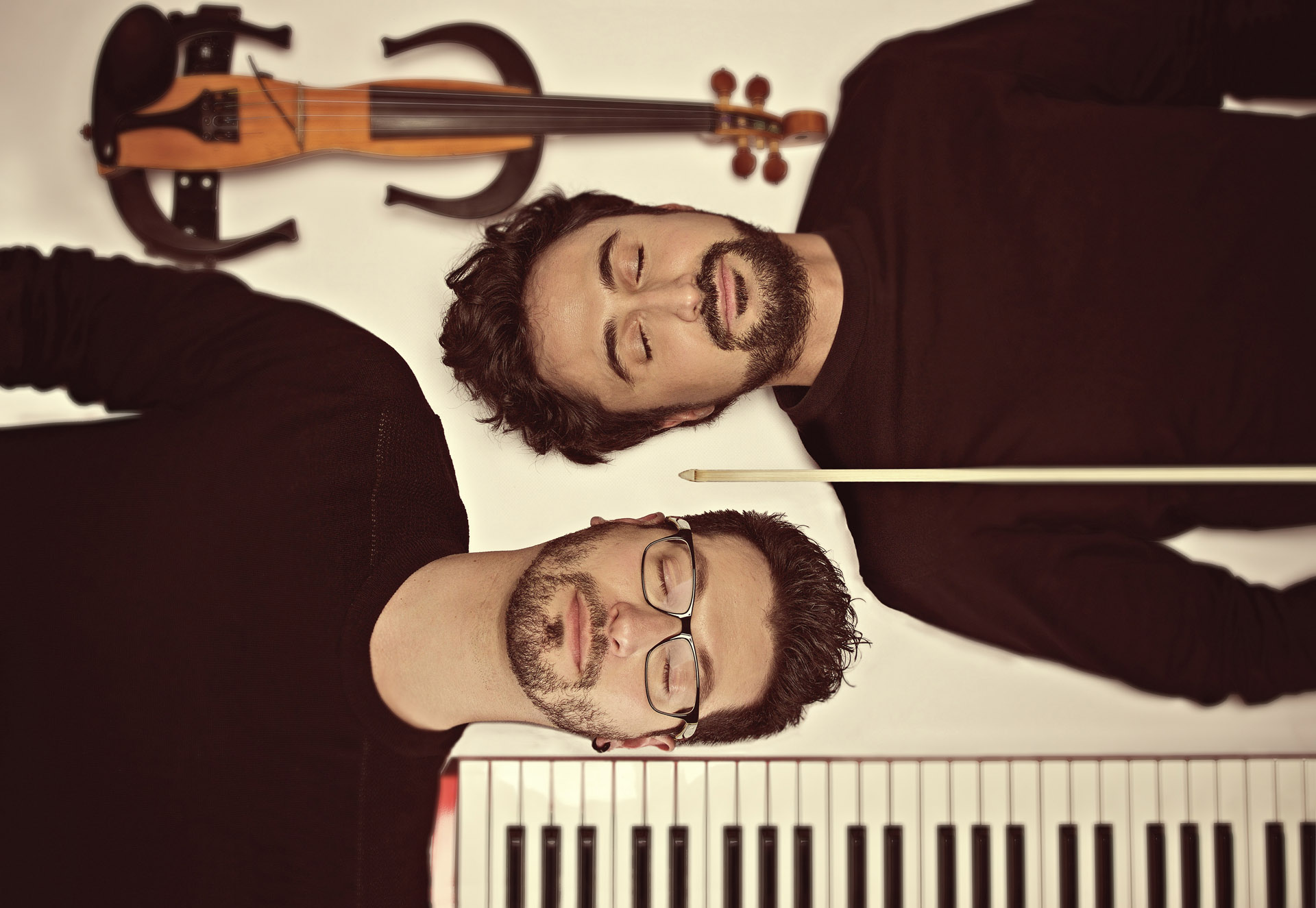 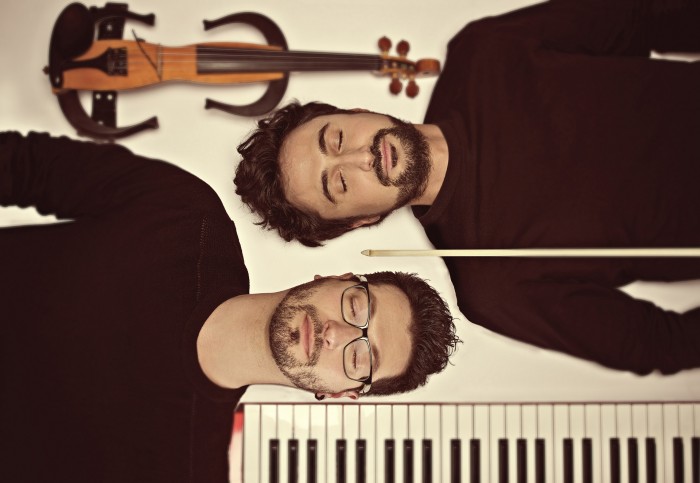 The explosive classically trained Italian duo, Armonite, consisting of: Paolo Fosso and Jacopo Bigi, are preparing to go on tour to support their release, “The Sun Is New Each Day”. The release is a collection of artistic violin rock, prog metal and progressive music, all instrumental, which has a strong impact on the listener.

Louder Than War was able to delve into the minds of the duo with regard to their  music, inspirations, and future intentions.

Louder Than War: Who were and are your musical influences?

Tell me a bit about your history together?

Armonite was formed in 1996. Though still in college, we released our first album in 1999, performed a few dates live, and then split up. It wouldn’t be until 15 years later, that we would unite to form a new band while borrowing the name of our old one. Joining us was Porcupine Tree’s bassist, Colin Edwin, and Dutch drummer Jasper Barendregt. The first producer of Muse, Paul Reeve, accepted the offer to produce the entire work, with mastering at the Abbey Road Studios. Our album “The Sun Is New Each Day” was released in June 2015 after a production of about 6 months.

What inspires your actual music?

Life and people offer a boundless supply of inspiration. We start from a situation from our life or a place we’d like to live, or someone we saw, like in a movie sequence. Sometimes it’s just an abstract feeling, but whatever it is, we go right to our instruments and try to fix it down. Channeling concepts without the support of lyrics might be hard, but it’s also very universal. We use a few samples here and there and try to give the album one sonority, but also, characterize each track with a different setting.

We’re touring with our show “The Soundtrack Is New Each Day”, one soundtrack cover in violin rock after each original song from our album. We’re just back from our live show in Bettmeralp, Switzerland, at an elevation of 2,000 meters. We started from the top!

Is there a particular message that you hope to relate with the music of “The Sun Is New Each Day”?

It’s hard to say what an instrumental album is about, but there are a few topics we tried to cover. The name comes from one of our favorite Heraclitus’ insights, “The sun is new each day.” It reminds us that nothing is permanent and we shouldn’t become slaves to our assumptions. This is true especially in these days of economic crisis, with the world changing dramatically. Poverty is increasing, there are no more jobs, and those people with jobs are asked to work 12 hours a day for little to no pay. A good work-life balance is one in which you work to live, not live to work. We go for the concepts of happiness and well-being. We consume less and devote more time to art, music, family, culture and community.

How did you arrive at the name of your band?

Armonite, like Anthracite, is a material. Only it’s invented, ’cause it’s made of harmony.

Is there anything that you would like to say or promote for yourselves?

The best way for us to convince booking agencies to schedule a show is to prove to them how awesome and huge our fan base is. So please get involved and show your support by liking us on Facebook!

Anything new on the horizon?

We’re going to tour with “The Soundtrack Is New Each Day” show. Then we’ll get back to writing for a new album. Stay tuned…!