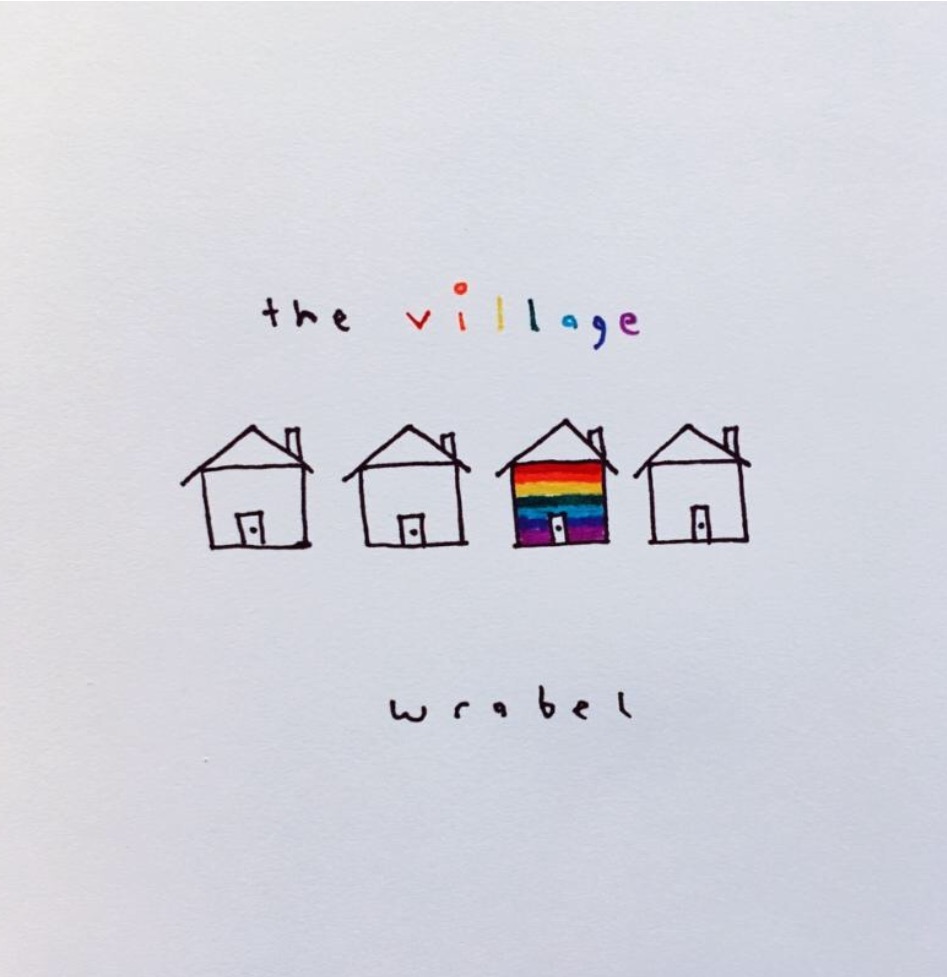 There’s Something Wrong in “The Village”, Released in the Wake of Trans Military Ban

One of the most urgent, poignant, heart-rendering and powerful song and video has been unleashed in the wake of the trans military ban, entitled: “The Village”, by the sensationally talented singer/songwriter, Wrabel. Sensitively moved by two brave transgender teenagers who he befriended, Wrabel wrote the song on February 23rd, the day Trump took away Federal protections for trans students in public schools. It was released only days after he tweeted to ban trans people from serving in the military. 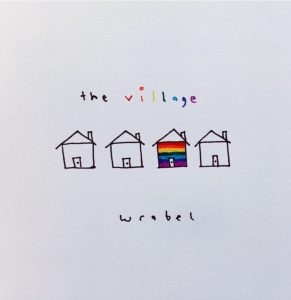 Dynamically and exquisitely directed by Dano Cerny , “The Village” takes us through the journey of the sorrowful family and school struggles of a trans teen, emotionally, and beautifully portrayed by trans actor August Aiden.

Wrabel courageously and passionately wrote this compelling anthem of protest, remembering the fact that he himself was afraid to say the word “gay” publicly until he was 23 years old. His single “11 Blocks” is an autobiographical account describing his feelings about his first gay love, and was heavily supported by Kesha. He also released “Ten Feet. Tall” which was also released by Afrojack and played during Super Bowl XLVlll.

I spoke to Wrabel in depth about his career, his personal life his beliefs and his future inspirations. Most importantly about “The Village”, which began with an explosive quote:

“In nature, a flock will attack any bird that is more colorful

because being different is seen as a threat…….”

Louder Than War: “The Village”, I know what inspired it, but what motivated you to put it into song, and speak out about it?

We wrote it on the 23rd of February, the day that Trump took away federal protections for trans students in public schools. The thing that really pushed me to write it was, I was talking to two of my biggest fans, which are two trans teenagers. I got to know them while I was on tour last year on the East Coast. They just kind of stood out to me, it sounds crazy but they were so inspiring to me. They are so young and so self-aware. It took me years and years, and a stay in rehab to be able to say the word gay out loud. For them to be so young and expressive, it was really striking. I got to meet their families, their girlfriends, I got to know them. I was talking to one of them that day. I was hearing what it was like to actually be a trans kid in public school that day. It was awful. I thought that would give a mean kid more of an excuse to be mean and to be hateful, and that’s exactly what it did. I was actually on my way to write that day. I go into sessions not knowing what I’m going to write most days. So I went in that day, and thankfully it was with my two good friends. I asked if we could try to write the song and tell the story of these two kids. My plan was to just write a sweet simple song just for them and carry on. So that’s what really pushed me to write it.

That’s one of the most powerful and compelling songs that I’ve ever heard. Matter of fact, I don’t even know how to act with you.

That really means a lot to me.

Do you normally consider yourself more of an activist or a songwriter?

Even with this project, I consider myself an artist and a songwriter first. That’s my home base and I have a hard time taking on that label, activist. I don’t even know what that means really. I almost feel like it’s an accident. I think one of the biggest things that I’ve learned from people closest to me, and friends that I have in this weird little industry world, that can be very fake and very stressful, and I can go on and on, is to just be yourself. Just like these two kids that are themselves.  I think whatever platform you have, whatever follower count you have, whether it’s 10 or 10 million, just being yourself is the most powerful thing. Like those two kids inspired me to just be myself. If I am an activist of any sort, I just want to make people feel like they are allowed to be themselves. If we all could just be OK with that, especially nowadays, you turn on any news channel, people have a lot of issues with just being themselves. I still have days where that is hard for me, but I feel like that’s been my goal, whether I’m writing a song like “The Village”, or about relationships. I remember I put “him” or a man as a pronoun in one of my songs, and everyone was like, “Oh my gosh”. I said, “0k, I’m singing about a dude, I’m gay”.

What was the exact moment that changed the trajectory of your life?

I have two moments that come to mind. The loudest thing in my mind would be, the morning after I came out. I came out into a pretty toxic situation. I had a church that said, ” You can change, you can change”. Honestly I was a little brainwashed into almost believing that. I think the morning after I came out I stayed at a friend’s house and I remember just waking up, and I felt like I had died. I remember looking outside and nobody was walking around on the little street that he lived on. I thought, “this is not good”. I think that started my path out of that and I started to feel self-acceptance and self-celebration. Acceptance of all of us, we’re all weirdos, nobody is normal. I think that moment really opened my eyes and my heart to really questioning what I’d been told and things that I believed about myself and about the world. The other was the night I played songs for Barry Weiss the head of Universal. I remembered calling my mom, and I remembered just thinking “this is it”. Then I was signed to Island Records. That started my up and down and in and out and all around, with labels, and with getting music out there.

If you can take your music back in time to the past, or ahead into the future, which would you choose?

I guess I want to say the future only because I can’t go back into the past. Maybe a little bit of both. I feel like we’re at a weird time with music right now. I feel like we’re in a transition. I think it could be very exciting and very scary. I’m constantly writing songs for pitch. So even just as a song writer, it’s hard to have a finger on what’s going on. You write a song for an artist and it comes back and you’re like “wow, this is very different than I thought was gonna happen”. I do think that there’s something inspiring out right now, that nobody is scared to try anything. I think music can reach people now more than ever. The one thing I do see is that live music is having a giant come back. Even myself getting out on the road and touring, it seems like people are loving to go to a show. To me that’s such a refreshing sign, hopefully that continues. It’s like if someone hears something acoustic, they can’t believe it’s on the radio now. If you look at the top 40 chart, there is everything on there, which is cool, but can also feel a little confusing. Maybe I’d want to push into the future so I could see what the heck is going on.

Do you have any plans to tour? Do you think you will stopping in New York?

I think I will. I have to double check on that, but I’m going out on tour in October. I’m touring with this girl called Leon, who is a Swedish girl. She’s one of the most inspiring artists I’ve ever worked with. She’s just so good. It feels like she’s this old soul. I think we go out October 2nd, the first date is in Texas. That’s where my family is at.

Where do you want to be in five years?

You are above and beyond talented, why aren’t you a household name yet?

Thank you! My parents, every time I go home ask, ” why aren’t you a super star yet? I tell them that is a loaded question. It’s hard for me to see sometimes what I’ve done and what I’m doing. I realize now more than ever, I’m doing things that I care about. That’s the most important thing to me really. Kesha just released her new record two weeks ago, and I got to be a part of that. We’ve been writing for the past four years and to see that coming out, and to see how Irs affected her and how happy she is and how free she feels just having this music out there . Having been a part of that, there’s no words to describe what that feels like. It’s been a cool time. I have this song coming out in like a month. I wrote it the day after the election. It’s about my very special friend and a conversation we had. I feel like now more than ever the stuff I’m putting out is me, and it feels like me. It feels like I’m saying something that’s worth something. That’s been the coolest thing ever.