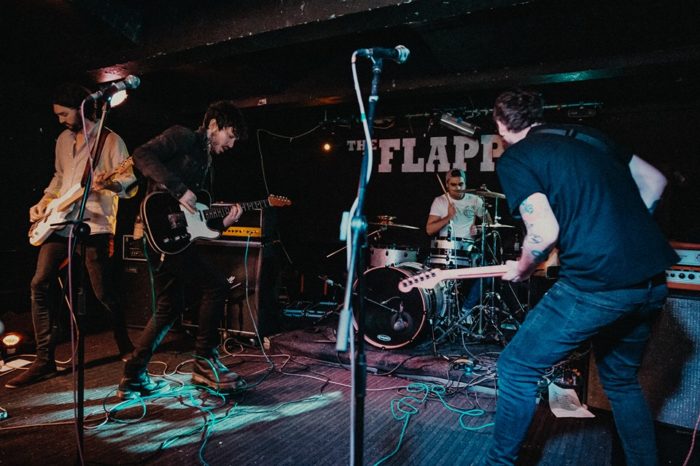 Wood and Nails are one of Birmingham’s most long-standing and laudable bands. Now back with a ferocious new single, their lead singer and head honcho Paul Beaumont spoke to Sam Lambeth about keeping it authentic.

“This is us,” beams Paul Beaumont, reflecting on his band’s latest track. “If I wanted to show people what we’re all about this song has everything that I love about us and would want to show off to people.” In and Out of Time, the latest opus from Beaumont’s boys Wood and Nails more than delivers on the frontman’s chutzpah. Those familiar with the band will be pleased to know their imitable brand of brawn and brain is still intact – articulate articulations on escapism, suburban malaise and the passing of time propped up with blistering distortion, arena-sized arpeggios and Beaumont’s surging baritone.

This sense of contentment Beaumont feels not only stems from In and Out of Time, but from finally finding permanence within Wood and Nails. “When we started, it was essentially just me playing acoustic shows and recording the music myself,” Beaumont explains. “It’s only been the last two years where I’ve felt we’ve been actually the band we are with a solid and permanent lineup. We’re always working on new music and it’s all four of our passion to play music and specifically this style of music so it’s never felt forced, and we take things at our own pace. We certainly wouldn’t chase trends musically or change our name just for the sake of it.”

With more single releases set for the future and a whole new record in the offing, Beaumont is fittingly chipper about Wood and Nails’ future plans. “For the first time in a long time I’m just excited to be heading into the rehearsal rooms just for new music ideas rather than simply to run our set ready for shows,” he says. Wood and Nails may fit in and out of time, but not following on to the latest trends means Beaumont has a permanent place in the Birmingham pantheon.

Wood and Nails are on Facebook. In and Out of Time is released on Friday 5 July.