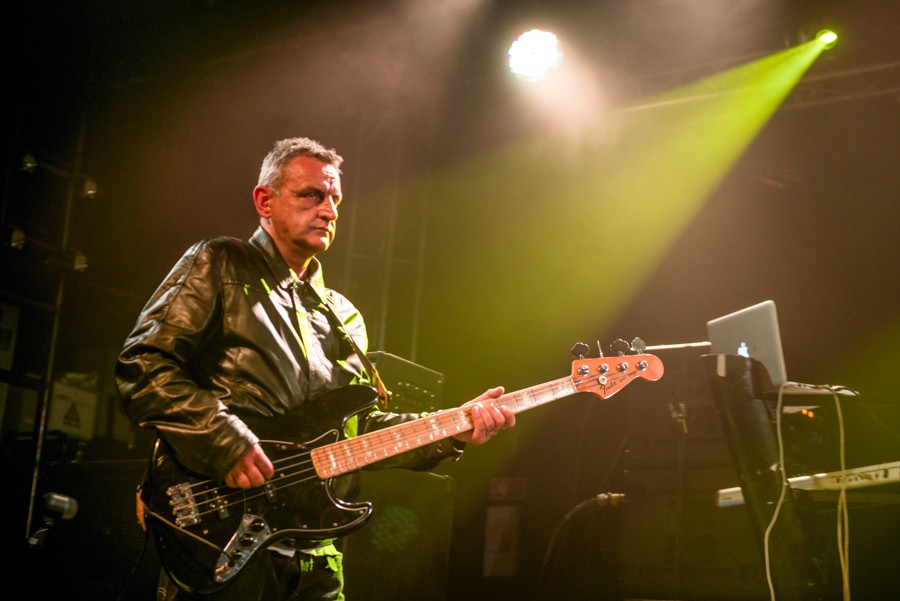 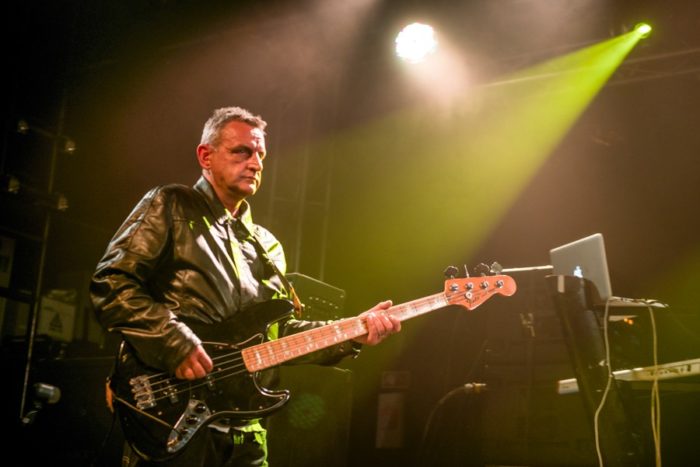 With Happy Mondays “Bummed” 25th Anniversary Tour just around the corner, Louder Than War’s Carl Stanley sat down with the band for a wide ranging chat about what is, indisputably, a stone cold classic album, about how rehearsals for their imminent tour are going, and about the possibility of new Happy Monday’s releases.

As we move closer to Happy Monday’s “Bummed” tour the band are in the final throes of rehearsals for – and I’m off to meet them. I feel very lucky to have the chance to interview the band about an album which made up a massive part of the soundtrack to my youth, much like many other kids around that time.

I can hear them playing as I walk up the stairs to where they’re practising the albums songs. As I open the door, it’s the sound of ‘Moving in With’ which booms out of the room, Gaz’s drums kick like a mule locking-in, with Paul’s slick melodic bass lines and Mark’s guitar bringing it all to life. It sounds like the album, but with shiny big brass balls on and it sounds like they’re ready to put on maybe their best set of shows yet since their return.

After winning the Q magazine classic album award last month for Bummed, an album which many of the fans consider to be their finest release, it has established the album as an indisputable stone cold classic British album. It’s also the bands most defining moment.

For the next forty minutes all three members of the band take time out of rehearsals to take a look back on the albums release 25 years ago and to talk about how it still sounds to them today.

Louder Than War: We’ll start by looking back to the Happy Mondays reunion tour. What were your highlights? You obviously put on a great show at MEN arena…

What’s it like then, after so long away from playing huge gigs, do you still get the butterflies, a bit nervous?

Mark: No I’ve desensitised myself now, it doesn’t bother me. I try to control that vibe by mind thoughts.

Gaz: They’re the easiest ones to play, you know … compared to the more intimate gigs, they’re a doddle really … and great fun to play.

Mark: Dublin was a good gig, actually there was a good few shows where the crowd were going for it, great crowd reaction.

Mark: Yeah, Belfast was another good night, some stood out more than others, but to be honest, all the shows went down really well I thought.

Paul: …and the two shows at Brixton Academy, they were both really good nights as well.

How about the people, what was it like bumping into some of the old fans and friends that were around the band back in the day. For example, Phil Grunshaw from Blackburn who I know has followed the group since its early days?

Mark: He was about 14 years old when he first came to see us wasn’t he?

Paul: Nah, he was older than that.

When the idea first came up and you were all approached about getting back together again, I know some of you were perhaps ‘more up for it’ than others let’s say, what were those apprehensions some of you maybe had?

Gaz: Being honest, at first I didn’t want to do it … I just didn’t want to go back and revisit it. I’d done the session players Happy Mondays comeback and I’d left that 2 years earlier so I thought “I’m not doing it again” you know, it’s like Paul had a 12 year break from it, Mark had a 20 year break from it, but for me it was still fresh in my memory. But then Paul got in touch with me about it and said I’d “just turn up and see”… it was all quite laid-back really. We just met up in a hotel and took it from there.

So did it go better than you thought, the tour seemed to run very smoothly…

Gaz: In some aspects yes and in some no, but it is a lot easier now, everyone’s getting on great, it’s really peaceful. The band travels as one, Shaun gets there just before the gig…

Mark: …we meet him on stage. (everyone laughs).

Gaz: Yeah, Shaun arrives like 10 minutes before, Bez travels separately because he does the after shows, it’s not like it used to be. It works really well for all of us.

So looking to the upcoming shows, playing the tracks from the era defining Bummed, it’s an album that is probably most peoples favourite Mondays album and it defines its era of the late ’80s unlike any other album I’ve heard really. It has a sound all of its own, I love the spaced out and dreamy feel to it, but how did that sound come together?

Paul: You know one song I can think of that is really dreamy and that I never really realised before is ‘Fat Lady Wrestler’

Paul: While we’ve been rehearsing that lately I’ve just been like “wow, this is seriously dreamy!”

Gaz: We were on about it the other day, when we were with Martin Hannett recording the album we’d go in one by one to record in this small space at the back of the studio, it was just a little room which had no lights on. At the time we had house music playing 24 hours a day and we’d be partying and that, and one by one we’d go into this little room to record our parts, but it’s quite weird really that the album didn’t sound anything like house music at all – even though we were listening to it when we wrote and recorded the album.

But, all the ideas for the songs came from the film Performance, the samples and the title to ‘Mad Cyril’ and it’s only dawned on us the other day actually, listening back to the soundtrack to Performance, that it could have been Bummed, you know what I mean?

Was the film a big favourite with the band?

Gaz: We were just watching it all the time

Mark: On the tour bus, you know, watching films, it was always on.

What were the songs that the album was built around, that you had nailed down first?

Gaz: I think it was Performance wasn’t it, or was it Country Song?

Gaz: Yeah, I think it was you know, Do It Better.

Paul: We had all the songs ready in the studio though.

Was there any pressure from Factory or from yourselves making Bummed a successful album?

Paul: It wasn’t as you say ‘the difficult second album’, no pressure. Inspiration, that’s what Factory was all about, letting the band develop.

The Mondays wouldn’t have been the Mondays maybe if, say, you were signed to another label. Would you agree – especially if you’d been signed to a major label?

Gaz: Yeah, very different if we were on another label, we definitely wouldn’t have been on a major label. We did have other labels come and see us though.

Paul: Being on a large label, say where they’ve got your CD and they go “here it is, and there’s your artwork”… having no control for us wouldn’t have worked at all.

Gaz: We always had a lot of control at Factory, they were pretty good in that sense.

So realistically what were the bands expectations for Bummed when it was released?

Gaz: It got pretty good critical acclaim, but we weren’t expecting commercial success, I think we hoped it’d sell more than it did because I don’t think it sold that well initially, you know, just for Factory and us so we could have a bit of money. We weren’t after fame or success, we just wanted good reviews and critical acclaim, and we got that.

END OF PART ONE

For part two of this interview go HERE.

The full dates for the tour are as follows, but be aware some have sold out already sadly: