Home Music Bands Interview with Sid Griffin of The Long Ryders ahead of the band’s... 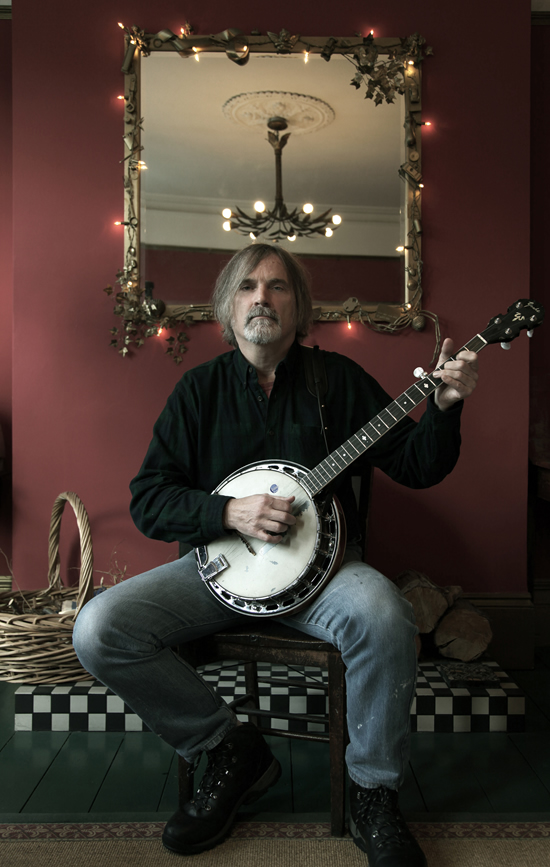 Louder Than War chats with Sid Griffin ahead of The Long Ryders 2016 European Tour that sees them promote the recently released Final Wild Songs box set.

Hi Sid, many thanks for taking the time to speak with Louder Than War. I guess you’ve been asked the question many times during the interviews for the box set but… would you mind recounting what got you into music in the first place ?

Well during my childhood in Kentucky I had a long period of sickness, most of which I spent bed-ridden. One day my mother brought in a transistor radio which I then started listening to for hours on end. After awhile I realised they always played the same records. To give you an example there was a song by The Miracles (before they became Smokey Robinson and The Miracles) that I really liked and I figured out it came on every three hours. I listened to AM radio for six hours a day and just fell in love with it. The quality of the music was astonishing and this was pre-Beatles !!! From 61-62 till 68-69 you could pretty much turn it on and not flip channels for hours. After that rock and pop started to drift apart, but it still was 6 or 7 years of terrific music. Every band was on there: British bands like the Beatles or the Stones, Motown, Stax- Volt with people like Otis Redding and Carla Thomas, Easy Listening (Frank Sinatra, Al Martino). You simply don’t have that nowadays, even a great channel like BBC6 Music, you’ll have to turn it off at some point because there’s bound to me something you don’t like.

Was your move to Los Angeles in the late seventies only motivated by the fact that you wanted to form a band ?

Yes it was. In those day in record stores, they had free rock newspapers. There was one that was called Phonograph Records, a poor man’s Rolling Stone. I got it every two weeks when it came out. Funnily enough most of the people that wrote for it (Greg Shaw, Rodney Bingenheimer, Ken Barnes) became my friends when I moved to LA because all record collectors tend to gravitate to the same places. In one of the issues there was an article on a Sex Pistols’s at the 100 Club in London by Greg Shaw. He said they were young, not very good but VERY enthusiastic and that the audience went nuts for them. They played some originals mixed with covers of sixties hits like The Small Faces’s “Watcha Gonna Do About It” and I thought to myself “That sounds exactly like my band”. We weren’t very good but we also played with great enthusiasm and great passion. I went to California on the strength of that article. I only knew one person in the entire state, a cousin. When I got there I pulled into a gas station in Pasadena which is the north east corner of Los Angeles, Rodney Bingenheimer was playing records on the radio. I had never heard  the Sex Pistols, I’d only seen their photograph and then bang on cue Rodney says “ok everybody, get your tape recorders ready, here comes The Sex Pistols, I’m going to play the three singles, first the three A-sides, then the three B-sides”. That was the first time I heard The Sex Pistols, October 1977, in a gas station in Pasadena. Within just a few months I’d have met John Doe of X, Ken Barnes…

What was the first band you joined in LA ?

First I was in a punk band called Death Wish. I’ve never even heard a tape of us in all those years, I’m sure we were terrible but I’d still love to hear what we sounded like. We used to were ripped clothes and we had the token one guy that refused to get his hair cut. When I first saw The Clash, Mick Jones still had rock star hair down to his shoulders. The next band I was in was called The Unclaimed, a garage punk outfit that was definitely ahead of its time. If we had formed a little later we could have achieved something similar to The Fuzztones but as it happened we never played outside the state of California. We lasted two and a half years and they continued without me after I left. We made one record but recently Barry Shank ,with whom I started The Long Ryders, sent me two songs that we had recorded 6 months before we both left the band. I played one entitled “The Trouble With Cinderella” on a podcast I did recently for my site. We played that song in the early days of The Long Ryders, but we stopped playing it after awhile because we wanted to get our own sound.

Could you shed some light on how The Long Ryders formed ?

Well Barry and I wanted to start a new band. I got the name from Walter Hill’s movie about the American civil war and I replaced the I with a Y as an homage to The Byrds. We pinched Greg Sowders, the drummer, from a band called The Box Boys who were ska outfit similar to The Selecter or The Specials. We were a 3 piece for a time and then we put an add in a music paper. As it was Los Angeles, it was full of adds for cars or people looking for musicians to join their bands. We put an add in for a guitar player and we got Stephen McCarthy who hailed from Richmond, Virginia. That line-up lasted for about a year until Barry Shank left to go back to college, he’s now a professor.

Seems a bit similar to how another great LA band, The Plimsouls formed with a core trio to which a guitar player was added afterwards….

I saw The Plimsouls several times as a trio and I thought they were almost better as a trio than a quartet. Eddie Munoz the guitar player used to tour as a guitar roadie for Rockpile and Elvis Costello and he gradually joined them after guesting on several gigs. They were a fantastic band.

The songwriting process on The Long Ryder’s first LP “Native Sons” was really democratic with credits shared on most of the tunes. It looks like you started writing more on your own on the second and third LP’s…

When we were starting out the band, we spent a lot of time together. However when you start touring people have a tendency to write at home when they come back from the tour. You sometime have ideas on the road but I never wrote much on the road, neither did the other guys in the band. Also when we toured, I didn’t want to spend my free time in a hotel room writing songs with Stephen. I wanted to see the sights, go to a party.

On a totally different note, could you tell us about your career as a writer and how it started. I believe your first book was a biography on Gram Parsons that came out 1985 ?

There is a lot of down time in the life of a musician and I like to keep busy, I don’t like doing nothing. I was supposed to be writing a third book on Bob Dylan (Sid has written two books on Dylan: Million Dollar Bash and Shelter From The Storm both available from Jawbone Press) but I said to my publisher I had to take a year off of writing. I’m concentrating on music this year, the Long Ryders boxset has just been released, there is a new Coal Porters album coming out this fall. I basically just hate being bored so I write when the music activity quietens down. During the war, Winston Churchill said “I like things to happen and when they don’t happen I make them”. I think that’s a great line and I totally subscribe to it !!! I don’t want to waste time on this planet.

You mentioned The Coal Porters, the band has now been going for almost 25 years…

Yes almost a quarter of a century !!! We started out as an electric band, now we play bluegrass. Running the band nowadays is a bit difficult as everybody has moved out from London apart from me, thanks to the cost of living in the capital going up. Having 5 members living in 4 different cities is easy if you are REM or The Who and you have money to throw out of the window but The Coal Porters aren’t in the same league I’m afraid.

You are touring with The Long Ryders this month and in early May. The Coal Porters are going on tour in September but you also have some solo gigs booked in June.

Yes I most certainly am. I did some last June and I had a blast. I’m doing 8 shows, all in the UK this year but I sometime go to Spain and Italy to play some dates. As I said earlier I hate being bored and this gets me out of the house ! The other reason for the solo touring is that it is very different from doing a band gig with all the loud guitars and the drums. I like doing both, it adds strings to my bow as they say in this country.

Last question, could you tell us why there never was a second Western Electric album ?

Our drummer in Western Electric, David Morgan had a unique claim to faim. He was on the cover of Melody Maker, NME and Sounds, each time in a different band (The Loft, The Weather Prophets and The Rockingbirds). The first Western Electric album came out in 2001 and sold really well, we went on tour in North America for a month. In early 2002 David got hit by a car and was in a coma for thirty days. We went to see him in hospital and we promised we wouldn’t replace him. By the time he was fit enough to drum again, we’d been doing these acoustic gigs and we’d evolved into another band ! I think the Western Electric album is terrific and is probably the best record I’ve ever made, it is certainly the most modern sounding.