Home Music Reviews Dub Reviews Interview! Sherwood and Pinch – with their new album about to drop,... 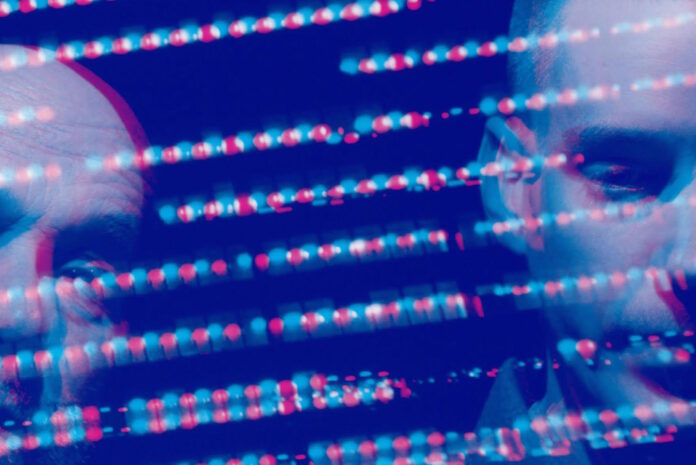 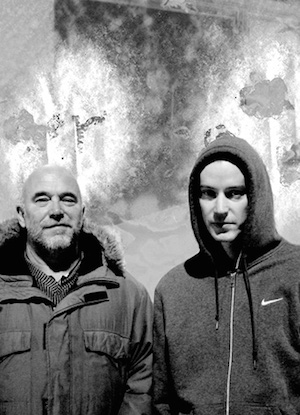 This the first album by the influential pair of sonic pioneers and it’s the culmination of two years in the studio developing, re-dubbing and deconstructing tracks.

To say it’s hotly anticipated is an understatement.

You can expect an album review very soon but as the release date draws very near, Louder Than War’s Paul Scott-Bates shot them off a few questions, the answers to which can be found below.

But before we pile in with Sherwood & Pinch’s answer’s let’s have a listen to Stand Strong:

Louder Than War: What brought Sherwood and Pinch together?

Rob: A love for surprising sounds.

Sherwood: Rob invited me on a Tectonic night at Fabric; I reciprocated shortly afterwards by getting him on an On-U night in Paris. We got on really well and it just grew from there.

What was your objective with Late Night Endless, and what is achieved?

Sherwood: We started by making dub plates, and realised that a sound was emerging – this snowballed and all of a sudden we realised we were moving towards a complete album. What is achieved is a body of work we’re proud of and believe will sound good in years to come.

Rob: To make a killer LP that will stand the tests of time. Only time will tell…

Whose idea was it to dig into the On-U Sound vaults and deconstruct older gems from the likes of Fats Comet and the mighty Tackhead? How were the tracks chosen?

Rob: It was the closest available vault loaded with dangerous sounds and vocals…

Sherwood: We kept pulling things from all different sources – as well as recording new vocals etc. The old stuff seemed to compliment the new and it all felt right.

Rob, what’s been the best thing about working with a genius like Adrian?

His stewed chicken and hearty breakfasts. That and his sense for creating dynamic 3-dimensional soundscapes.

Adrian, same question about teaming up with relatively new blood?

New ideas, energy and his ability to push me.

My introduction to On-U Sound was hearing Bop Bop (Fats Comet) on BBC Radio Lancashire’s On The Wire when I became hooked on Steve Barker’s show and the label. How aware is Rob of the show and how much does Adrian feel that On The Wire has been a part of the label’s history?

Rob: I met Steve Barker out in Beijing about 6 years ago – he came to a DJ show I was playing at a club called The White Rabbit. He’s been a supporter of my Tectonic imprint from the early days. He was one of the first to support our collaborations too. Clearly a man of impeccable taste. 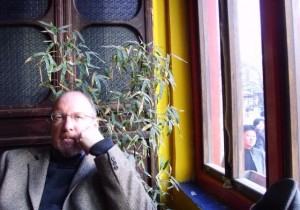 Adrian, Steve recognised Andy Fairley and a clip from System Vertigo on the album too. He says to say ‘Hi’.

Steve Barker has been a big part of my musical life – I’ve always done the theme tune for him and a lot of the samples and a lot of ideas have come from Mr. Barker. Big respect.

Rob, if you were to record Qawwali again, would you change anything?

I wouldn’t touch it.

Late Night Endless is in many ways quite a low-key and subdued album. Was that intentional from the start?

Sherwood: It’s funny you should say that because some people have found it quite “in your face”. I don’t think it is subdued – it may be meditative – to me the sonic is powerful.

Rob: We wanted to make an album that was a listening experience, a journey. It’s meant to be an involving experience for the listener rather than a bunch of club-bangers.

I have Music Killer as the ring-tone on my mobile phone. What’s yours?

Sherwood: Yours sounds better than mine – I’m changing mine too.

I’m coming round for dinner, what are we having?

Any chance of a UK tour? Manchester would be nice.

Sherwood: We’re working on it – hopefully get there soon.

Rob: We have a number of dates to announce as well as supporting Squarepusher at The Barbican and Brighton Festival too. Would be great to do something in Manchester – give your local promoter a nudge!

Adrian, How has your approach to live DJing changed over the years and how has meeting Pinch affected you?

Who have been your favourite collaborators? Apart from each other, obviously.

Sherwood: My early heroes like Lee Perry and Far I

Rob: It just wouldn’t be right to pick a favourite.

What are your thoughts on Crowdfunding new albums? Are record labels required nowadays?

Sherwood: Personally I think it’s a sad state of affairs – I hope labels are still required, especially mine.

Sherwood: The horse has bolted.

Sherwood: Most definitely – we’re getting good results working together.

Rob: Definitely. This is just the beginning. 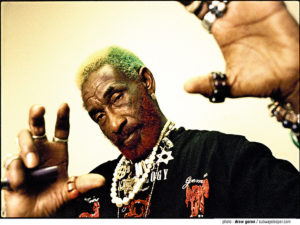 What colour is the sky in Lee Perry’s world?

Sherwood: I can’t speak for him but I would imagine it’s fairly psychedelic

Are there any new artists that excite you? What’s the next big thing?

Rob: Keep your eyes on Tectonic this year. It’s 10 years since the label started out – still pushing fresh music and new upcoming artists such as Mumdance & Logos, Acre, Wen, Walton and releases from myself too.

Plans for the rest of the year?

Sherwood: More work, more gigs, more DJing, more walking the dog; just finished working with Higher Authorities and am about to do a bit with the wonderful Roots Manuva.