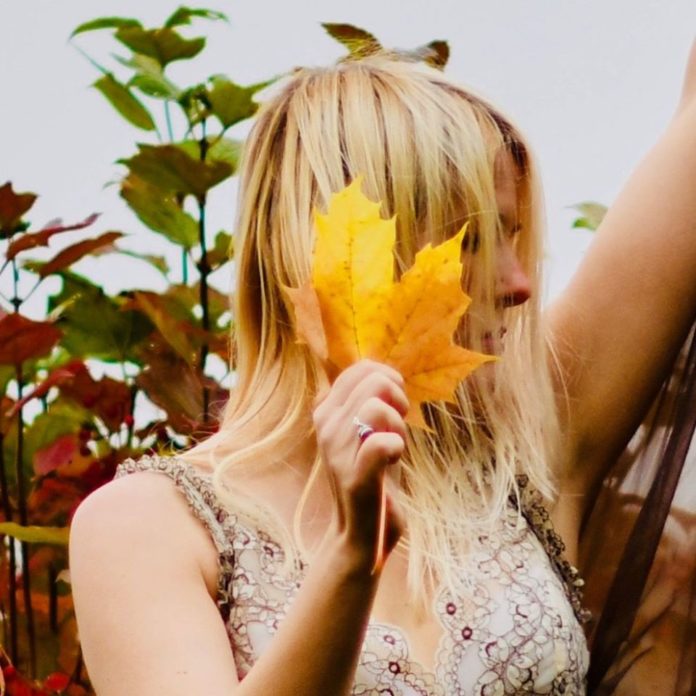 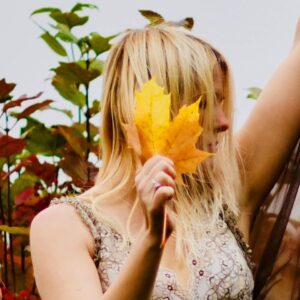 Since the 2018 release of her debut album ‘An Abandoned Orchid House’ (as Talitha Rise) Jo Beth Young has been gathering both homegrown and international acclaim; she has been supported by support BBC 6music, BBC Introducing, and ECHOES Radio in the USA who made her the number 1 album of that year!

Mark Mcstea catch’s up with RISE:

RISE is the name under which gifted singer-songwriter Jo Beth Young is currently operating. The music that she produces is deeply moving and soulful, creating a sonic soundscape that is equal parts orchestral and gothic at times. In truth her music is almost unclassifiable in the best possible way. There are hints of folk, new age music and prog rock in the mix. The overall result is a deeply satisfying audio experience and her current album ‘Strangers’ is the perfect encapsulation of that sound. I took the chance to discuss the album and her future plans with Jo Beth recently.

The album has a very organic, natural sound – what are your influences?

Thank you, that’s great to hear. I have many influences, from the obvious such as Radiohead, Tori Amos, Tim Buckley, Nick Drake and Kate Bush, to the not so obvious such as Benjamin Britten, Brian Eno and some of the musicians I’ve seen or books I’ve read or perhaps paintings etc. It’s hard for life itself not to become one big influence.

Where do you get your inspiration from?

Aside from the above, I’d say nature and stories. I get so much inspiration when I’m walking and a great deal of the ideas for ‘Strangers’ came from walks in different landscapes in England, Wales and Ireland. There’s stories in the land to be heard.

I feel very lucky that the album exceeded the IndieGoGo target for pre-orders and has been selling modestly but steadily since last month. That is genuinely more than I hoped for or expected for a self-release which has been amazing.

What have the responses been like live as I know you’ve been touring in support of the album?

This year I decided to play no solo shows at all. Instead, I took the whole ‘Abandoned Orchestra’ out this year with me which is no small undertaking! The response has been wonderful and very touching. The overriding feedback is how emotional it’s been to hear live. Even the most macho of men have come up to me after to tell me that they were crying. I don’t think that’s happened before and that’s really a testament to all the brilliant musicians I’m lucky to work with. 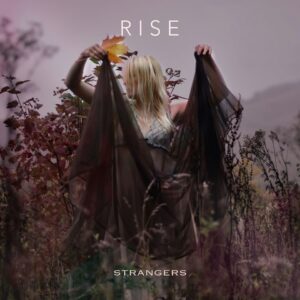 What have you been doing prior to your ‘Rise’ incarnation?

I’ve been a musician most of my life, but I’d say only professionally since 2012. I was in a duo with Martyn Barker (of Shriekback) until 2017 under the name Talitha Rise and when we disbanded, I kept the name as my stage name to release ‘An Abandoned Orchid House’ which he was still very much involved in writing and producing. I decided though it should change slightly for ‘Strangers’ as it was my first totally self-written and self-produced album.

Given how hard it is to make money in music are you finding it difficult to maintain a career in music, and have you had to get a ‘real’ job to try to keep your ambitions afloat?

I’m lucky to be self-employed and have a ‘day job’ that I enjoy and keeps me alive. I’ve yet to be able to make the cross over to living solely from my musical income. I’ve met very few musicians, even those I regarded as high profile and successful, that don’t have another income stream. It seems very hard at the moment but I’m open to finding new ways, perhaps further outside the common industry structures is the way to go? or perhaps those structures are changing too? This album has already exceeded the others in terms of me not being in debt making it, so that’s to me is already a success.

What do you think is the hardest thing about trying to turn a new album into a success in 2019?

Expectations! lol! I guess it’s individual and you certainly have to ask deeply why you are doing what you’re doing. If you have a small tribe of people who support you and are really benefitting from your art, you have a very privileged place to keep working from. The expectations and pressures can be very overblown externally and internally but whatever the cliché’s, success is whatever it means to you as a person. To me success shows up as touching people emotionally, having a loving fanbase of whatever size, inspiring someone to make music or art, having an audience member tell you that this was exactly what they needed to hear right now, working with people you admire and respect and who have integrity, being received relatively well in reviews without incurring great debt to make your music, and last of all, creative freedom. If you have all or any of those, you’re doing much better than you think!

Your music has a very atmospheric and emotional quality – I could easily see tie ups with film and TV soundtrack work etc- is that something you’ve ever looked into?

I work with a lovely publisher called Speegra who are on currently on the case with this. My dream has been to write for film. I wrote a soundtrack for an Irish film in 2011 but sadly the budget to record it was scrapped, as can happen with filming running overtime etc. I have some instrumentals that have and are currently used on TV and film, but it’s something I definitely want to do more of.

What are your own favourite songs on the album?

Gah! tough! Like choosing a favourite child. They all have their own personalities, but I think ‘The Old Sewing Woman’ will remain something special to me due to how it came about. I improvised it in one take on a piano and improvised the words. I don’t even know now how I did it. It’s something you look back on and acknowledge that a force bigger than you had to do it, because my human brain could not have. I love them all because of the amazing work everyone involved put into them. ‘Radio Silence’ is another favourite. Peter Yates’s playing and riffs make that track for me, and I had fun putting each instrument through a radio transmitter once in the song as a bit of fun!

What are your plans going forwards for the next few months?

I’ve just released and toured two albums in two years, so I aim to have a quiet recovery winter being creative and secluded in preparation and orientation for what comes next. I think you have to exit the emotional bubble of each record and be willing to look at everything afresh so I’m excited to do that for the first time in a long time. There are a few live dates and lovely projects on the horizon for next year, but I foresee a little less time out in the ‘shop front’ as I call it.

Are you a prolific writer – have you already got material in preparation for your next release?

I’ve written consistently since I was a child but throw many many things away or to the side for another time. I’ve pretty much written the whole machinations of another album, but for the sake and sanity of my loved ones I will take it at a much a slower pace than of late and let it marinate and show me what it wants to be. I have an influx of new visual and sonic ideas whirling around that I want to ground a bit. So yes, it’s all there hanging in the ether and I’ll be very excited to share it when it finally lands. I’m going to hazard a guess at a 2021 release, but let’s see. One thing I’ve learnt is that anything can happen!