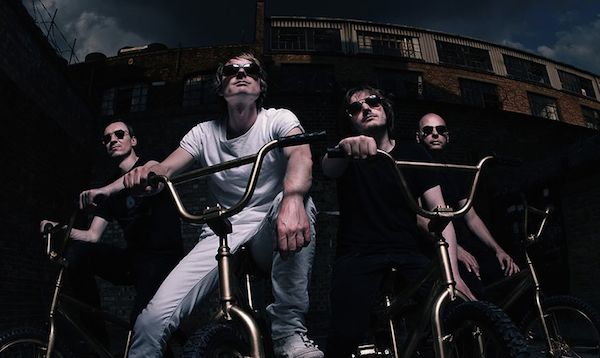 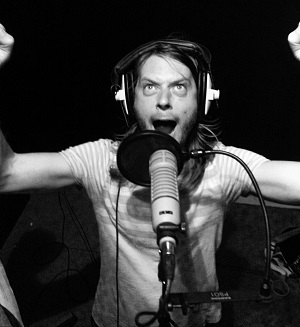 Louder Than War gave the latest Damn Vandals album a well-derserved 9/10 earlier this year. Now, with a new single Too Lazy To Die Too Stoned To Live ready to drop from the Rocket Out Of London album, our man Paul Scott-Bates catches up with vocalist Jack Kansas and throws a few questions his way.

Louder Than War: How’s the world of Damn Vandals?

Jack Kansas: Tip top, thanks. We’re primed and ready to commit serious noise abuse at any given moment. Can’t wait to get screaming.

Louder Than War enjoyed Rocket Out Of London (see our review here), how has general reaction been?

Can’t grumble. People who are fluent in the language of rock get it pretty fast. People who like pretty girls in corn fields singing songs about how much they miss their boyfriends don’t get it at all. Wouldn’t have it any other way.

Your sound has been compared to Thin Lizzy and Crazyhead – honoured?

Bassist Adam is a big Lizzy fan, so hell yeah … there’s been a fair few comparisons flying about, as there has to be if you’re going to talk about music – luckily they’ve all been within a flying header of our influences and likes.

The album is full of short, sharp, powerful tracks. Was this the objective before you started?

Nail hit on head. That was pretty much our only objective.

Which artists excite you nowadays? Anyone we should look out for?

Yes. There’s a young band called the West Midlands who are playing their second gig in London sometime soon. I’m pretty sure they’re going to blow up rock’n’roll

Neither. I live in a cave and Frank the guitarist takes care of all that.

Will Rock ‘n’ Roll ever die?

Wow! That’s a powerful question. The pessimist in me believes that the spirit of rock’n’roll hardwired in the DNA of the masses is no longer being harnessed by the music industry to create proper music. Its presence in the mainstream is becoming so diluted that one day there will only be one true rock fan left. He’ll stand every day in Oxford Street hurling abuse at the shoppers through a megaphone until they get a court injunction out on him. A rank of pedestrians all listening to the new Coldplay album in their headphones will gaze on blankly as he’s wrestled to the ground by the Police kicking and screaming. The optimist in me agrees totally with Neil Young.

Road-kill and chips. It’s the only guilt free way to eat meat nowadays. Oops, forgot to ask if you’re veggie, how rude of me. 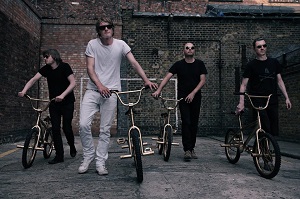 I had 4 BMXs so I sprayed them gold and told the rhythm section they could have one if we could get some press shots for the band. It was all I could think of that week. Bass players and drummers are hard to get in front of a camera.

You received huge praise for your debut album, Done For Desire. How big was the pressure to come up with the goods again?

We’re pretty much past caring about anything anymore. Just want to rock.

Do Damn Vandals do ballads?!

Why did you change the title of the album from This Music Blows My Tiny Mind to Rocket out Of London?

TMBMTM didn’t fit on the cover, so we came up with ROOL which did.

How much of an influence was producer Julian Simmons on recording?

He kept the whole thing together with that cool head of his. Damn it, he’s the coolest guy on the planet.

Just had one on the street thanks.

What are your plans for the remainder of the year?

Gigs, festivals and a single off the album real soon. After that it’ll be the letter to Santa and a few drinks on New Year’s Eve. Then BANG! 2015.