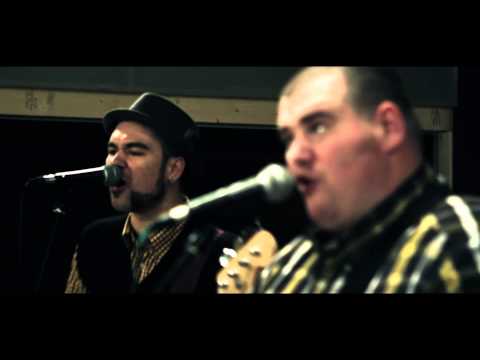 Booze & Glory have steadily propelled themselves to the forefront of the UK Punk scene by a mixture of ringing terrace tunes, pithy lyrics and sheer bloody hard work. Seeking to improve their art 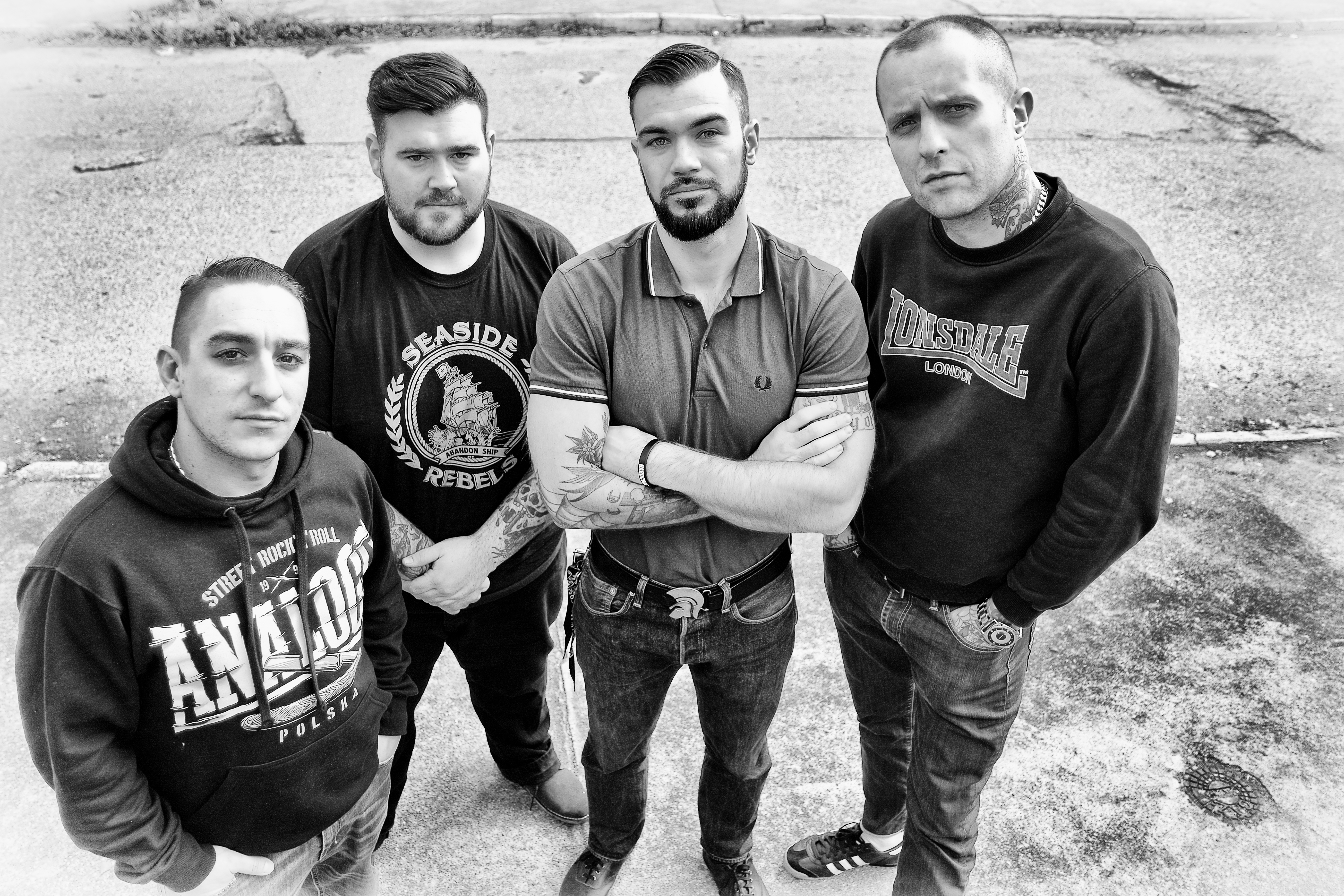 on each album, they have just released a cracking fourth LP.

LTW’s Ian Canty got to ask Mark and Liam from the band a few questions about which delved into their roots, their lives and the future.

Louder Than War: How did you get into Punk/Oi in the first place? Was there one particular record or incident that set you on this path? How and when did the band form? What were your inspirations then?

Liam: When I was about 15 I got the Ramones Best Of The Chrysalis Years compilation and that’s where it all began for me. From there I found out about Cock Sparrer and Cockney Rejects. As both of those bands are from East London, that struck a particular chord with me, being from the East End myself, so was something I found it easy to relate to. The first show I went to was The Filaments, then after that I quickly became a regular face on the London Punk scene.

Booze & Glory formed in 2009. I’d just come back from having spent a year in Australia and heard that Mark was putting a band together. Mark had already played in a band with Bart back in Poland, we got Mario in on drums and the rest is history!

As for our inspirations then, we were all massive Cock Sparrer fans and we all brought our own varied interests into it.

Something I’ve noticed as a theme in some of your songs is a defence of the young in the face of criticism from elders – do you think Punk/Oi has become a backwards looking scene? Do you think young bands get ignored whilst older acts trot out the classics? You’re doing your bit by noting this in your lyrics, what more do you think can be done to help stop this?

Mark: There’s nothing worse than “former punks” in their 60s banging on about ‘Original Punk” and dismissing the younger bands as not being authentic. There’s nothing wrong with loving older music – who doesn’t? But yeah, there are certain elements who can have sometimes discouraging attitudes. The younger bands of this genre are our future, so they should be encouraged. At our shows, we do have a large mixture of people – some older and some younger and that’s exactly how it should be.

Liam: Going to your first Punk show as a teenager can be pretty intimidating, so I think some people should perhaps be more mindful of the fact that they were once that kid too: excited, a bit scared, but think how many great bands have come about due to those landmark moments in so many people’s lives.

What are the problems in balancing the band’s commitments with your home/work? Does it make things difficult? Do you ever see a time when the band will go “pro”?

Liam: Since we started, we all had full time jobs, as well as our personal lives going on. It has often been difficult to juggle all three, but we just about managed. The demands of the band became too much for both Bart and Mario and they left in order to start families.

2017 is going to be our busiest year to date and we’ve all made the decision to dedicate all of our time to the band. We all recently left our full-time jobs, so it’s an exciting time for us right now!

Mark: Whether or not that was a good decision, we’re all about to find out!

Your lyrics seem to reflect real life concerns – are all your songs down to personal experience? Does the future of the UK look bleak to you? Some of your songs seem to suggest the benefits of looking after each other as a society or just friends – do you see that sort of idea being in decline?

Liam: I only tend to write about real life experiences. I feel it’s an authentic and honest way of writing, to express my thoughts and feelings on subjects that are immediate and very real to me.

The future of the UK does look pretty bleak to me. Politics in the whole of Europe seem to be heading in a worrying direction at the moment – along with a lot of other places in the world. Scary times! With the continued rise of capitalism, it seems that everyone has their price and often money has a greater value than people. If someone is viewed by the ruling classes of society as being of no use as a commodity, they’re then treated as some sort of parasite, treated as something with no worth at all. 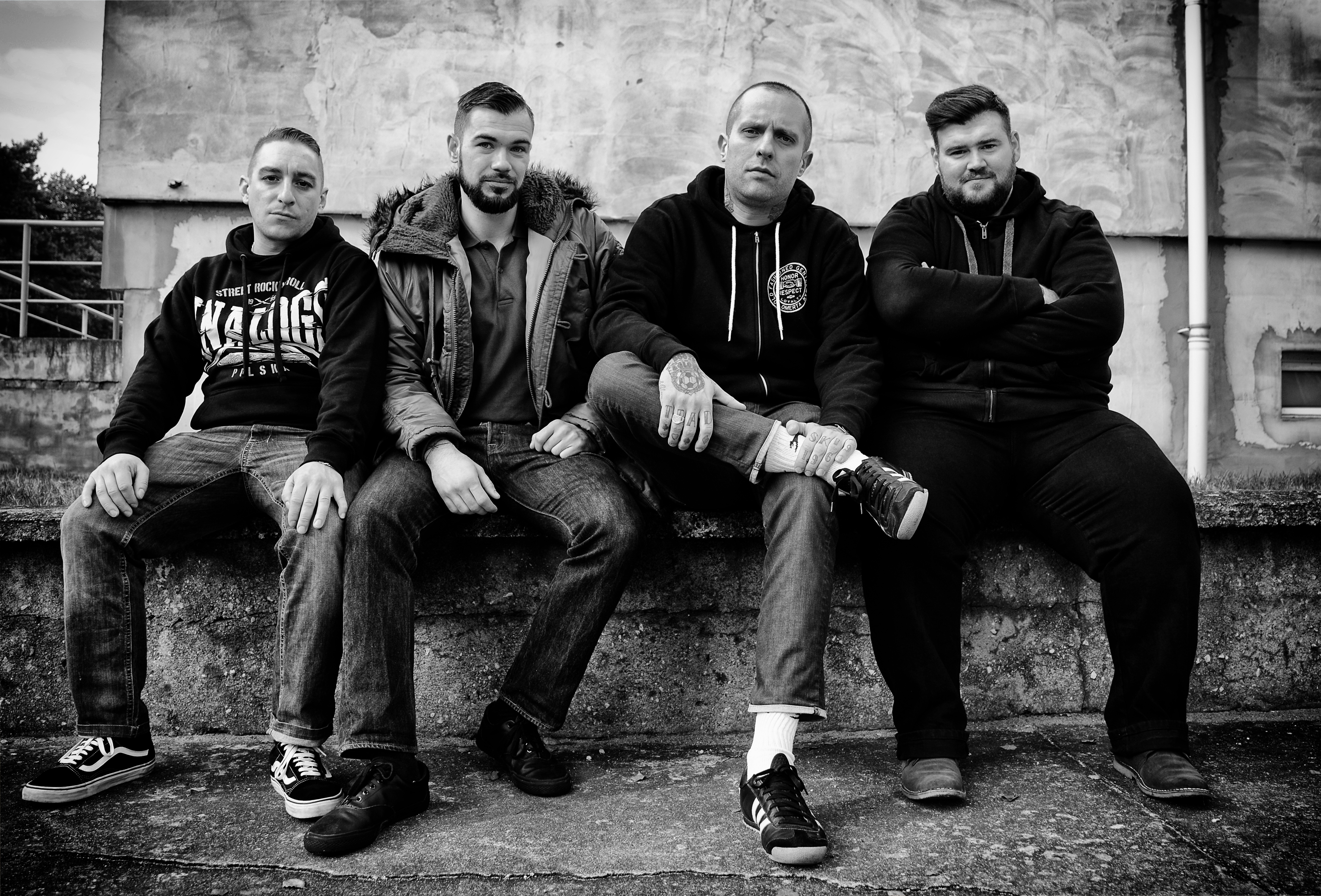 Pubs and venues seem to be closing every week – there does seem to be a squeeze on leisure pursuits and pastimes of the working classes – what do you think can be done to stop this steady decline? Does it make it difficult to find places to play?

Mark: A lot of great venues have been swallowed up by huge corporations, like the 12Bar, for example. What was the Gaff is now a Costa Coffee or something. A lot of former independent pubs, clubs and live music venues have been bought en-masse by the bigger pub companies and turned into bland, boring chain pubs with no individuality at all. One of the most unfortunate things about this is that the staff employed there are usually on minimum wage and often zero hours contracts. This means that, especially in London, a huge amount of people just don’t have the money to spend time in pubs and venues, so the independent places can’t maintain a business, sell up (or get forced out) and the whole cycle continues until we’re left with no variety and any sort of cultural heritage is lost forever.

It is a bit more difficult to find places to play, simply because there are significantly less than there used to be and the numbers are still shrinking. It also means that a lot of bands now have to play with a much earlier curfew as there’ll be a club night on after the show. After a punk show, people do like to hang out and have a few beers or whatever – not be rapidly chucked out in favour of a quick sweep-around before a techno club night or something.

You are about to release your fourth album – how do you feel Booze & Glory has progressed over those records? What has changed for the band? What are you most pleased of with the new LP?

Liam: We feel we’ve progressed a lot since we started, both musically and personally. When we started we weren’t really able to articulate our thoughts and feelings in the way that we are now. It’s been a few years and as we’ve grown as people, we’ve grown as musicians and songwriters.

Quite a lot has changed, especially recently. As we mentioned, Mario and Bart left to start families, Frank Pellegrino, a well respected drummer in the hardcore scene, is now drumming for us and this has added a new depth to the sound of the latest album.

On Chapter IV there’s definitely a step forward musically. Mark finally persuaded me to include several instruments that haven’t been used in our previous recordings. As a result, the new album features Banjo, Mandolin, Accordion, Piano -And even a string section! The version of For The Better Times on Chapter IV is a full-on Jerry Lee Lewis Rock N Roll number, featuring Buster Shuffle doing some amazing piano.

Mark: What are we most pleased with?  We spent longer than usual writing and recording, then spent a long time working on the running order, as we wanted it to be seen as a piece of work in its entirety. That makes it difficult to pick out any specific songs as favourites. Days, Months, Years has a lot of the different instruments just mentioned on it, Back On Track is really fun to play, as it’s a really energetic one, and Violence And Fear has a really strong message to it. Life’s A Gamble is one that’s particularly poignant to me.

I wrote this song about several friends who had been diagnosed with cancer. Shortly after the recording was finished, I discovered that I had my own battle against cancer to fight. This, of course, added even greater weight to the lyrics, going through the experience myself.

Like I said, listened to as a whole piece of work, the album has a lot of variation and depth to it. Don’t worry, we haven’t created some sort of prog rock monstrosity – the core sound of Booze & Glory is still what we do, we’ve just expanded on it a bit.

Finally what plans do Booze & Glory have for the future? Will you be touring on the back of the new LP?

Liam: For most of this year we will be touring. We start the European leg in March through to the end of April, in May we’re off to the West Coast of the US, various summer festivals (Hellfest, Rebellion) then in September back to the US to tour the East Coast. In October we have dates in Japan, which we’re really looking forward to, as we’ve never played there before. One of the things we love most is playing places new to us. After that, there are plenty more shows still yet to be confirmed.