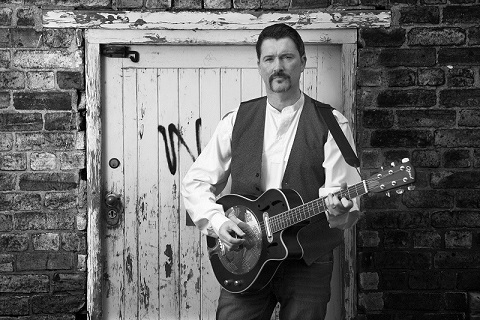 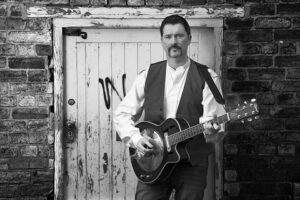 Louder Than War Interview: Andy Loan of The Ree-Vahs

The Ree-Vahs latest album, Geordieland, introduced us to traditional Northumbrian folk with a modern twist and was a hit with Louder Than War (see our review here).

Louder Than War: How’s life in Geordieland?
Andy Loan: Wet and windy but that’s not stopping any of the lasses and lads wearing short skirts and T Shirts in the Bigg Market or on the Quayside.

What exactly is a Ree-Vah?
A ragamuffin, a scamp. Ree-Vahs were rustlers and drovers, a group of people who populated the borders of England and Scotland from the 16th century onwards. They used the Drovers’ Road through Durham and Northumberland, sang music and were a micro community. Other ways of spelling it are Reavers or Reivers.

What was the idea behind the album, and how have you found general reaction to it?
Me and my brother Swampy wanted to write something which summed up Consett, Stanley and the relationship these towns have to the bigger cities of Durham, “Sun-Lan” and Newcastle. We’re North Durham people so we’re not urban (even though we live in a former steel town) and thought the music should sound like the hills, the moors and the towns so the stories are based around that. That’s why we are on buses a lot in the lyrics. It’s also a tribute to our mother Claire and her father Tommy who taught us both how to sing.

People either love it or hate it. I prefer that to someone saying “well, it’s alright…”. One guy said if I stopped existing tomorrow no one would notice. I think (and hope) he meant the music. I’ve always wanted to be in a band that polarised opinion though so I love that. 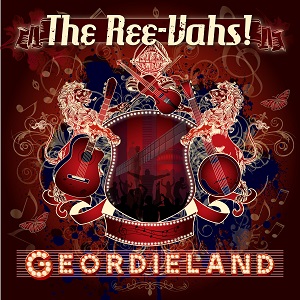 The artwork for the album sleeve is a masterpiece, who’s behind it and what was the brief?
The artist is one of my oldest mates from Durham called Charlie Fernandes. My words to him were: ” Moulin Rouge style and …. Oh and I want a bloke puking” and he carried them out to a tee. He’s not speaking to me at the moment due to a drunken incident in the Jolly Drovers in Consett at Xmas but I am confident he will be involved in the follow up album artwork.

You’ve been around the music industry for a while, do it get any easier with time?
It’s weird as I was a teenage pop boy band person who got courted by people like Go Discs, Polygram, MCA and EMI at 18, got signed, got dropped and went off and had another life. I left it alone for years but I always wrote tunes and made up stories lyrically. It occurred to me when I was writing Geordieland (20 years later) that my songs have always been folk songs and that trying to shoehorn them into pop when I was a kid is probably the reason I didn’t make it. That, and drinking all the advance I got and never rehearsing.

Which singers and groups excite you nowadays?
I love Iron And Wine’s tunes and approach (The Trapeze Swinger is as close to a perfect melody as I’ve ever heard). In my neck of the woods The Unthanks and The Side (Kathryn Tickell’s band) are both excellent and making the kind of music that deserves a massive audience. Because he’s from the next village along Paddy McAloon casts a massive shadow and he’s undoubtedly one of greatest songwriters we’ve produced. Tom and Martin (Robinson and Stephenson) can both crack out a belting tune when needed as well.

Who are your musical influences?
We grew up with Grandad Tommy singing, playing guitars along to the Everly Brothers, local folk music and barn dances and I sang in the Church choir (still do). The Irish influence in the pubs and clubs singing wise was massive. Commercially, Swampy loved The Smiths and I loved the Bunnymen. Jim Croce holds a particular soft spot in my heart as does Prince (melodic genius).

Twitter or Facebook?
Best communication outlet I know is the Snug at the Jolly Drovers as you hear everything there. Gan on then Twitter (only because Martin Stephenson follows us).

The lyrics on Geordieland tell imaginative stories, are they based on real people of events or just how you’d like things to be?
I only really enjoy writing lyrics that tell a tale and have a beginning, middle and end. That’s what Geordieland and every song on it is about people and their stories. They are based on real people but some of the names might have been changed. I like love, loss and life (all the good stuff to write about) and if I can make people think or laugh when they hear the words all the better. 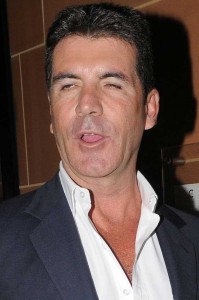 Tell me about your encounter with Simon Cowell.
In my teenage pop band days we were touted around all the big wigs and their offices trying to secure a deal. I think he worked for BMG at the time and we were invited in, listened to and told to fuck off. I had blanked it until 2007 when X Factor was on and one of the bairns asked if I knew him. I checked with Swampy and he reckons it happened. It’s the reason I don’t enter X Factor as he may have had a point and I couldn’t accept crushing rejection again. It would be nice to see Dec Donnelly though as up until recently his brother Dermot was my parish priest.

And what about Michael Heseltine?
I was finished at 21, washed up and literally without a pot to pee in and stuck in London after spending all the advance. A mate of mine knew about my writing and got me a gig working with Heseltine’s team in Victoria at the Department of the Environment checking facts on speeches and big reports. I was there for about 8 months and used to see Hezza in the lift from time to time but wasn’t allowed to talk to him as my mother Claire wouldn’t have liked it. Her dad was a miner. I signed the official secrets act so can we change Hezza’s name to Jezza just in case they come after me?

You’ve worked as a journalist in the past, what’s it like on the other side?
I left London after the Jezza gig and came home to me people. The Northern Echo took me on as a trainee reporter and I was with them covering local news and the occasional national story for about 5 years. People who famously told me to fuck off there were Brian Blessed, Uri Geller and Lord Archer. I also got sued by the Mayor of Stockton (and won) and was on the steps of Tony Blair’s church in Trimdon when he gave his People’s Princess speech. I was also there when Kevin Keegan famously confronted the fans at St James’ Park when we sold Andy Cole. He was better than Blair. I did some freelance stuff for the News of the World around the time of Hall and Shepherd (dogs and Mary Poppins) stuff. Believe it or not but Gary Oliver (from the Shields Gazette) and me actually coined the phrase Toongate. It was long hours but fun. I left because they made me a manager, not a writer anymore. I’m a crap manager, unlike Sir Bobby who was from two villages along from me. 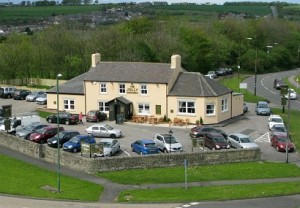 I’m coming for tea, what are you making?
I’m not. We’re ganning to the Jolly Drovers for a carvery and ten pints. On you. Our lass is picking us up and dropping us off in the Jetta.

You clearly have a knack of writing a lovely lyric, Beautiful Girl and Never Been Before are great examples. Are they written about, or for anyone?
Beautiful Girl is about my relationship with my wife and Never Been Before is about my relationship with someone before I met her. All the songs are about something or someone. I’m long in the tooth so don’t do for sentiment anymore. Real as possible as far as I’m concerned. I’m writing a tune for the new album called Musical Chairs about the time she packed up the bairn and went to her mother’s. She came back mind.

Any plans to take The Ree-Vahs on the road?
I would bloody love to but to say that getting these guys together isn’t as clichéd as herding cats. It’s like trying to locate ten cats who have gone off on the razz and switched off their phones, sobering them up, paying for their taxis and grub, getting them here and then beginning to try and herd them. Me, Swampy and Eddie Guitar are going to start with some acoustic stuff as usual and whoever turns up will turn up. Probably do that in time for the end of the year. If the music hits and I can incentivise them with promises of money then there’s a good chance of a tour.

What does 2014 hold for The Ree-Vahs!?
Trying to get Geordieland out there to as many people as poss and I start work on Yee Ha With The Ree-Vahs! (the follow up album for 2015) in late summer with JT . I’m doing a burst of writing with Swampy at the moment and strong favourite for our Xmas single is a Durham drinking song called “I’m With Stupid”.