Home Music Bands Interview: Will Dailey to release a Deluxe edition of his LP 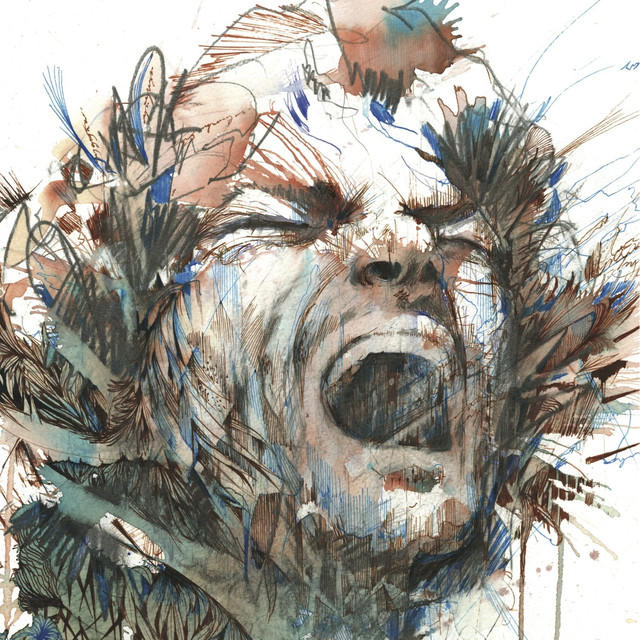 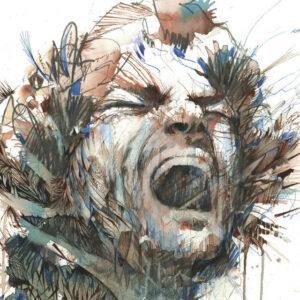 With Will Dailey having just released a Deluxe edition of his new album, National Throat, Melz Durston sat down with him for a lengthy chat.

Frequenting local Massachusetts coffee houses in the earlier years, it was the best way he knew to get his music out there.

Nowadays, Will Dailey is propelling, full steam ahead, with his finger firmly on the pulse of the digital age.  Yet, he is not one to allow this to obliterate the unique energy involved in performing live. Known for his spontaneous and competent musicianship, he has recently released a new album, the follow up to 2013’s GoodbyeRedBullet (a remix LP of the original DIY-driven album Will put out in the early part of this new millennium). Not one to play it safe, Will toured his first album, around the US, on a very flimsy shoe-string – but good things come to those who invest in their passion. To stem from this, Will was approached by a record label in LA to record his next album.  National Throat, Will’s most recent collection of compositions, is an album not reliant on a corporation to jumpstart its potential success.

“Rebirth isn’t something that should happen once or only in crisis.”

Will Dailey’s art is an exercise in candid honesty, provocation and beauty, rolled into one.  And when the inspiration (or survival instinct) strikes, there’s no holding him back – his 2007 album Back Flipping Forward was recorded in just nine days in Boston – a mission, to say the least.  The video for his recent single Sunken Ship is telling in itself – produced by Mike Olcott, Will explains the inspirations behind this song and video:

“I wanted the video to have that same duality I’m always striving for. I was not gifted with a voice. I have friends who were and they are amazing. I’ve worked to every note and I still have a hard time listening to myself, but I want to sing. I have willed it to be my reality even though my biology wanted something else.”

Will grew up in the Boston area, and found himself inspired by film, books, stories and art – yet, it was the records that older relatives gave him, which left their mark.  Luckily, Boston has often been known for its thriving music and creative spirit – the heyday of the 1980s sprung forth some enduring rock bands and artists including Dinosaur Jr, Buffalo Tom and of course Throwing Muses, Belly, The Breeders and Pixies.  A while before that, there were Morphine, Come and Husker Du.  It seems that there is something in those red brick streets which just wants to break out and scream.  And so, Will Dailey has found his way of letting this stuff go – and this can be seen across the album artwork of his latest album, designed by Carne Griffiths featuring an emotional Will apparently letting the rage escape.  Not that he has anything to be angered about – his record is doing incredibly well and next week sees the release of its deluxe edition.

“When I saw the artwork of Carne Griffiths I was blown away and inspired to reach out to him for the National Throat artwork. His work is amazing.” Will says.  “I still covet the work of Gunner Fox who did the artwork for Back Flipping Forward. I am always on the hunt for independent artists.”

Will Dailey is someone who is open to the influences that come from his immediate surroundings, and it’s something he uses as the spark to his own song writing – be it the tangible, the visual, the musical:

“Life itself, if played right, should be a huge inspiration. I also find inspiration in the things I don’t like too. It’s a tricky idea: influence and motivation. Sometimes art is what we’re pushing against not using as fuel.” Will explains.

“There are three amazing bands in Boston that I go to for a masters education: Session Americana, Giant Kings and the Dennis Brennen Band.”

“Seek to keep every door open and train yourself to handle what walks in without expectations.”

He produces other acts, too – including an Audrey Ryan EP, songs by Ruby Rose Fox and he is also working with Cold Engines.  Will has also released National Throat on his own label, Wheelkick Records.  Not to mention, his dinner date with T Bone Burnett, who produced Will’s 2009 album Torrent Vol 1 & 2:

“T Bone Burnett was like talking with the president of music.”  Will remembers.

Other artists to have left their mark on Will include Jeff Buckley, who’s album Grace recently turned twenty years old.

“I saw Jeff when I was in High School. My Step Father won tickets on the radio. That show left a mark. I am most inspired by those who play for a living no matter what the business has offered them.”  Will says.
It seems that whilst there is a lot to be experienced within his hometown, Will is also very much respected outside of the USA – he has a particularly loyal following in France.  Having completed several tours on this side of the pond.  Fortunately, in Cambridge, there are many reasons to remain rooted within the locality – not least, for the thriving live music – as well as some respected recording studios, including Q Division where Will has recorded. And on that same street, is an incredible cupcake parlour – Kick Ass Cupcakes (now sadly closed) – and when asked what form his dream cupcake would take, Will replied in full detail:

But sweetness aside, the serious contentions that inevitably exist between music as an art form and music as a commodity, do remain sadly at the forefront of any self-respecting musician:
“Art is always and easily a target for compromise. I think it’s the avoidance of compromise that constitutes good art. That definition in itself is open for interpretation, of course. I am always happiest when I can exploit a duality in my songs that allows me to always explore them myself. Hopefully there’s the mirage, the reality in the present, and the altered.”  Will adds.
Some might allow the chaos to overtake their creativity and crush their inspirations and originality – but for someone who didn’t even believe they had a worthy set of pipes, Will has persevered with the path that he feels is truest – and in doing so, has perhaps overcome the engrained notion that many of us have, that assumes that art and music are things that other people do.  Not us.

“The truth about the human voice is that we can all do it. It’s just a matter of there being someone to tell you that you can. At this point in music history we have heard so many kinds of voices. I find them all interesting. Some sing like birds some like stones falling on stones but they are all interesting and communicate an experience.  Maybe my voice is my truest instrument or the best example of who I am.”  Will explains.

Interestingly, Will’s album is titled National Throat – after an essay, written by Sousa, in 1906 – just twenty nine years after Edison invented the phonograph.  Sousa’s fears were of recorded music obliterating the true nature of the artist and the authentic music to come from such songwriters and performers.  Yet, recorded music can bridge communities across oceans, and transmit narratives and songs from localised communities to wider audiences, and in doing so, influence and inspire on a whole new level.  It might always be an age-old conversation – as to whether a recorded piece of music can ever be the truest replication of the transient, live, in-the-moment performance of a song – and an investment of the emotion within, coming from the person, at that particular time.  But Will has his own ideas on this discussion:

“The recorded song is a piece of art in itself. One moment in time. Not to be created again. It is common now to use a computer to have the exact recreation of a recorded song. To me that just means that Terminator and the Matrix were right and the machines have won. The studio is a time for magic in the moment. Live is the opportunity for humans to make something project on to others and the ability to transmit a unique energy in the moment.”

National Throat will be available as a special limited edition vinyl deluxe package on March 24th – $20 (+ shipping) – get yours at Will’s website: willdailey.com.

Will’s also on Facebook and he tweets as @willdailey.