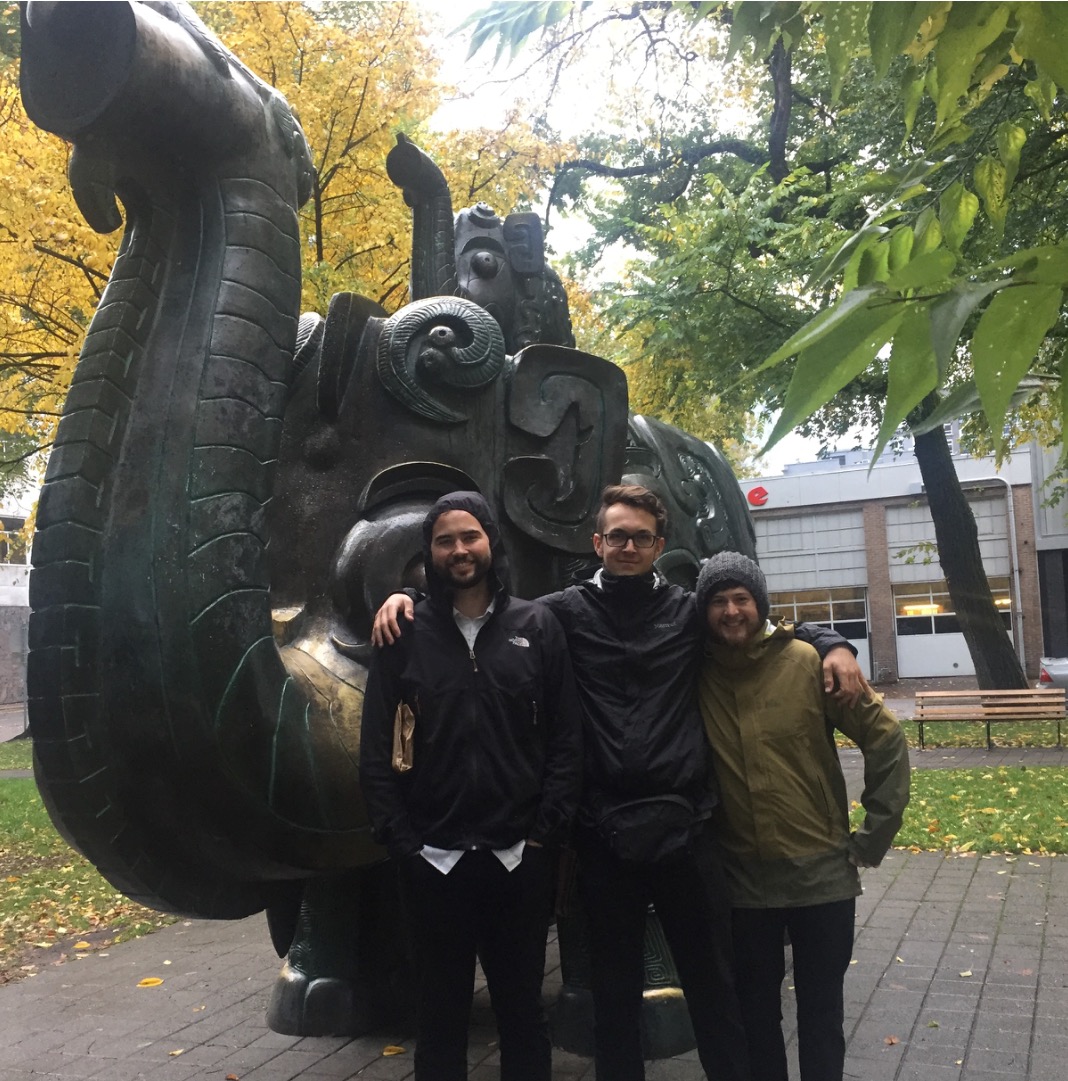 Westward The Band is about to release their second album next month, entitled The Empire of Deception. The faction, based in Utah, is a sonically creative phenomena, composed of Andrew C. Marshall, lead singer, guitarist, and primary song writer, Karl Grimm on bass and Matt Morrison playing the drums. 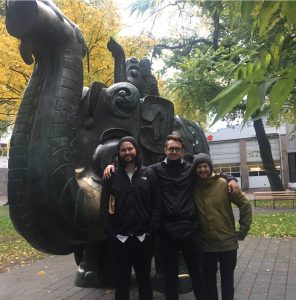 I spoke to the boys from Salt Lake City, about their music, their future aspirations and even their philosophies. This album is an astounding, edgy mix of power and captivation, compelling you to keep listening for more. These guys are talented, check them out!

Andrew: I started the group with a few other guys actually. It was not yet Westward, the idea was just starting to form. Matt and I, the drummer, we used to work together at the music school. He came on as a drummer and the idea became more solidified. Then we actually put out our first album with our original bass player. He then decided to move on to some other opportunities and then there was Karl.

Who writes that amazing music?

Andrew: I primarily do most of the writing, but how it works with this band, which is really cool, I bring a preformed idea, then we collaborate on it pretty hard. It’s really the three of us that form it into the Westward sound that you hear. It’s primarily me bringing the lyrics and the melodies.

What’s your inspirations for your songs, some of those lyrics are pretty heavy?

Andrew: You know I’ve got a heavy brain, a lot of weird thoughts. A lot of it comes from reading. I like to read historical events. So a lot of the times it will come from me learning about something I didn’t know about, and just starting to write a really vague song about it. By the end of the song I’ve usually come up with some moral conflict that I have developed in the midst of writing about the topic. I didn’t always know it was there, but…

Are you all from Utah?

Andrew: Yeah, pretty much. Karl and I were born out of state but we’ve lived here most of our lives.

Karl: So for Karl it’s the energy that I feel on stage while playing with these guys especially. There is not anything that really replicates that. It’s just so much fun to play in front of people. Even if it’s a small crowd it’s still really fun because I get to show what I’ve been working on, something that I’m so excited about, to the world, even if it’s a small world.

Matt: I think part of it for me from the beginning of Westward, we did so much as a band before recording our first album. Before we actually recorded our first album, we just really had the songs dialled in I think. It just kind of made it feel to me that what we sound like live is what we sound like. The album is a pretty close representation of that, but there is something about when we play it live, that’s the way the sounds are supposed to sound. There’s different energy that sometimes can be a little hard to re-create in the studio to generate the intensity and I think that’s why we really are who we are.

Andrew: For me I kind of go back to what these guys are saying, we really share that joy and excitement of playing together. Singing the lyrics is a really special moment for me when I’m able to express those thoughts that I put down on paper that we then put to music, which takes those thoughts to a completely different stratosphere. Then to have the opportunity to connect with other people in the crowd and share those thoughts with that music, it’s a really special time.

Where do see yourself or want to be in five years?

Andrew: We all really want to be doing it full time, being able to support ourselves on our music. We’ve been taking the steps the past few years to do that, and now we are even taking bigger steps. In five years we would just like to continue writing and playing.

So you all have day jobs I gather?

Andrew: I perform music full-time and then Karl is all labby and smart, and Sciencey and stuff.

Karl: Currently I work in a lab doing some chemical stuff. I think that by next year we’re all at the point where we kind of want to push this. So, I’m probably leaving that job to focus on this.

Although you are just releasing your album, is there anything else in the works?

Karl: Once we have our album come out that we are stoked for, we also will be touring the West Coast, in November. We’re trying to set that up right now. Next January I think we are going to tour the Southeast, and then by next summer we are hoping to have a long tour for a month or two.

Matt: It’s kind of funny that you asked me that question. Like Andy mentioned, Karl wasn’t the original bass player, we had a different bass player. I was playing music with Andrew for quite a while and he became one of my best friends and then, he needed a bass player, and Karl was actually a guitar player at the time. He was really a big fan of our music and he was basically my other best friend. I feel kind of lucky that I am in a band with my two best friends.

Do you think music can change the world?

Andrew: You know, I do. I don’t think that one song can change policy or direction but I think you can change people and unite people. It’s cool how it does that because it connects people on a different plane, with both sides of the brain using language and arts. So it connects people on a different level that they aren’t used to. It would be cool if our music does that, I really hope for that. I have seen it do that myself in the community I’m in.

So then which of your songs would you pick to change the world?

Andrew: Probably When I Give You Control. When I was writing that song it comes from this place of giving power to things that don’t deserve it. The first portion of this song is, ‘when you give power to the right things, it does good things’. But, when you give it to the wrong things, it completely destroys everything no matter how small that object may be. Small things can really poison the mind and the heart. When we can give the right amount of power to the right things I think it can really do a lot of good.