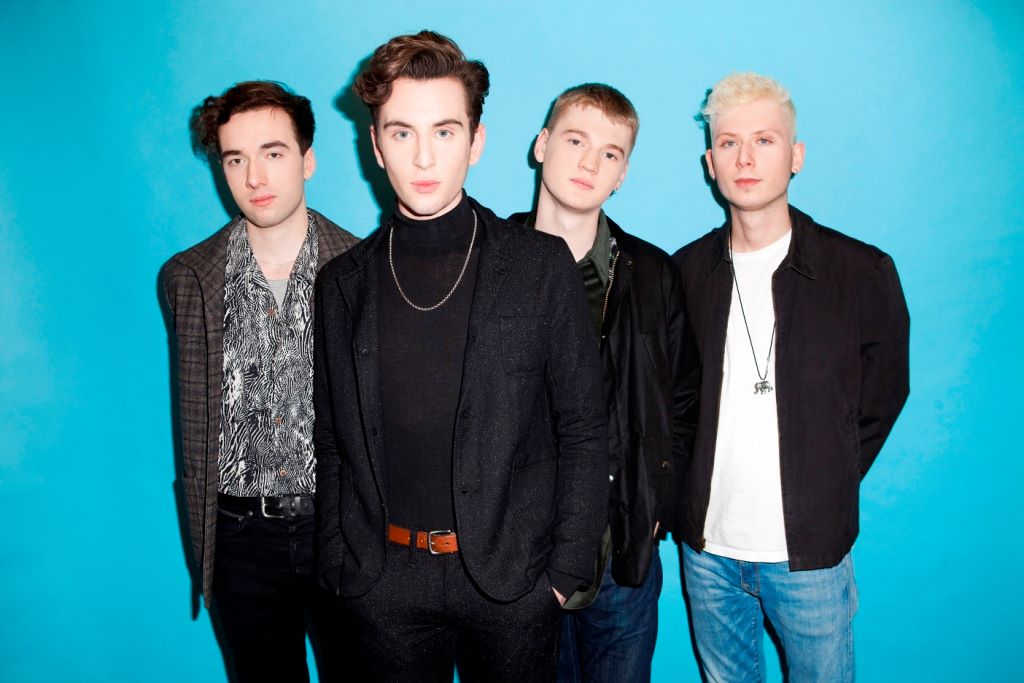 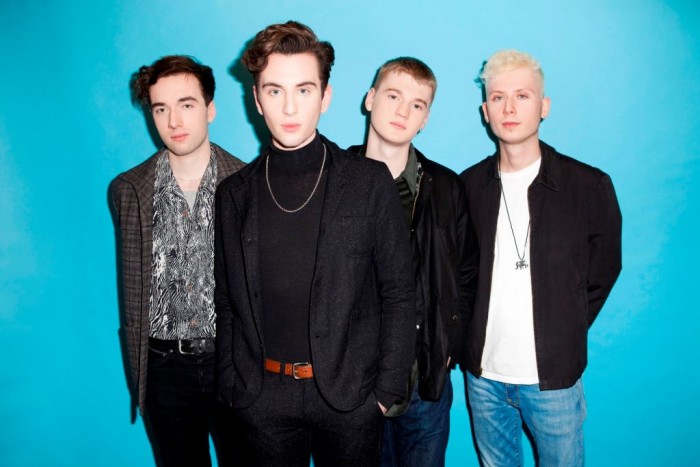 This four piece Leeds band have dished up everything you could ask for. With groove based beats, synthetic rhythms and catchy lyrics that get stuck, whirling around in your head, VITAMIN have created the perfect feel good summer soundtrack. They’ve been compared to the likes of Bombay Bicycle Club, The 1975 and Friendly Fires, but their influences go deeper than that and so do their songs. Abigail Gillibrand caught up with singer Jared Laville, and got an insight into the bands inspirations, what it’s like for them to live together and how they dropped out of college to pursue their dreams.

Just like many other bands, VITAMIN were formed out of teenage boredom. Laville says, “We were very young and creative, so about half a decade ago Theo [Drummer], Cam [Guitarist] and myself started making tunes together and playing little gigs around Leeds. Then around this time two years ago we were looking for a bass player, I happened to bump into Harry at a mates party we clicked, he joined the band and from there formed VITAMIN.”

In order to really make a go of the band, the boys decided to from out of education and see where VITAMIN might take them. “It was the easiest decision I’ve ever made,” Laville explains. “Band or die is the VITAMIN motto, so when you’re given the opportunity to live a dream, follow a passion, why would you ever look back? For us it was a no-brainer.”

After taking this step, they decided to get a student house and move in together. “We’ve morphed into some weird family that practically moves as one.” Laville explains. “I never disconnect from the band, it’s my everything. If the band’s good then I’m good.”

Laville spoke of how Chance the Rapper is a heavy influence to him at the moment. “He is sounding so fresh, the lyrics in his tracks are equally hilarious as they are genius. Also I’m seriously into this American electronic producer called ‘Baths’. There’s such an organic and visceral sound to his music that really inspires me.”

The band have a unique vibe about them that separates them from much of today’s groups. This could be down to the fact their drummer, Cookson, has a West Indian musical background. “The music is so rhythmically complex and groove based,” Laville said. “So to have your drummer come from this kind of background and truly understand it, is a gift. We love the rhythm and melody in Calypso, there’s a real euphoria in that music that we try to capture in our music.”

They have been known for their out there record artwork. On their debut EP Giving It Up, the cover features a broccoli covered on hundreds and thousands, which does look very aesthetically pleasing. Laville explains where this idea came from, “I actually stumbled across that Broccoli in a fashion/art mag and immediately knew it would be something that we could relate to as a band, combining the hundreds and thousands with the broccoli, putting two things in one place you wouldn’t usually find them, it reminded me of us.”

When he saw the artwork he was completely smitten and immediately had to find out who had made it. “After some digging I discovered it was an Amsterdam based illustrator called Wendy Van Santen that had created it. We’ve recently been collaborating on the artwork for our future releases which is so exciting, I come from a family of artists so I’ve been taught the importance and value of art since I can remember, so being able get involved with an artist that I’m such a big fan of is completely thrilling.”

VITAMIN have just got off the road with Sundara Karma which gave them an insight to the touring lifestyle and left them itching for their own headline shows.

“Feeling that immediate connection between us and the crowd, seeing people singing the lyrics, wearing the T-shirts and connecting with our band is such a turn on for us, we’ve started seeing that on our recent tours and it’s inspiring.” Laville explains. “For us it’s about making our fans feel part us as we grow and convert the rest by holding a party you can’t resist.”

They have put together their own club night at the Brudenell in Leeds which was a sell-out job. Laville said, “For us to sell out our first headline show was a lot of fun. We curated three nights at the Brudenell and upgraded the venue for the final one and it went off. I decided mid-set to invite everyone at the show to an after party at our house, the after party was great. This little string of shows is just the beginning of what we want to create with our live shows, we want make a show that engulfs you into our world, an initiation to becoming one of our Brothers and Sisters.”

The idea of their own show came about as the lads wanted to find and dance across a fine line between a club and a gig. Laville states, “We wanted to do something different, something that would catch your attention, so we brought in DJ’s, curated each line up so that each night have a clear sonic definition, whether it was more electronic/ambient or a more guitar/band sound. We wanted each night to feel that each act had been cut from the same cloth in some way. We wanted to start a little community including bands and audience alike, hence naming the night Brothers and Sisters.”

VITAMIN are currently working on a new album. “It’s the best we’ve ever sounded. This album is going to be our chance to really show the world what we are.” Laville explained.  “Everything in it is more emphasised and full-on than it’s ever been, the electronic songs are more synthetic, the guitar songs have more organic power, we’re just trying to push each extreme of our sound and create something completely unique.”

Listen to their new song, This isn’t love, which was released yesterday 3rd Feb. It will cast away your winter blues and will without doubt inject some summer vibes back into your system.

All words by Abigail Gillibrand. More writing by Abi can be found at her Author’s Archive. Abi is also on Twitter as @AbiGillibrand and has a website.