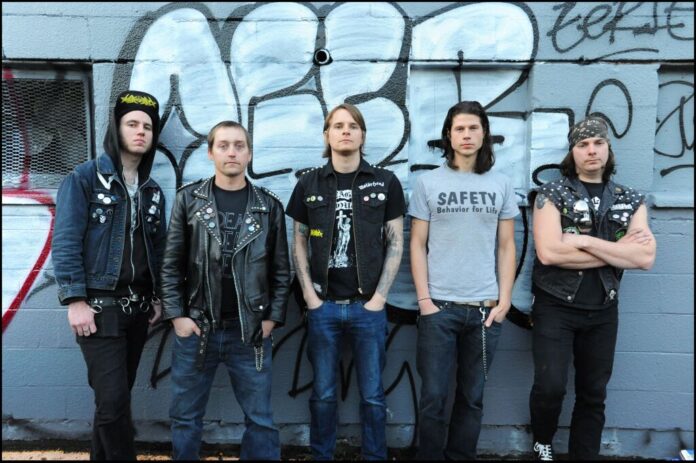 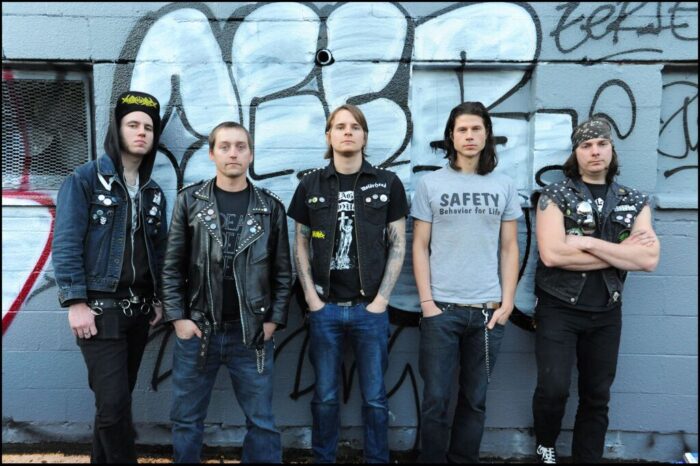 An interesting discussion of politics and social issues through music, Vile Display of Humanity has recently released  a 20 track album, all recorded on lead guitarist’s , David Foster’s  lap top, out on Forever Autumn Records.

The band consists of Doug Mitchell, vocals, Jake Youngberg, guitar and vocals, David Foster, lead guitarist, Marty Petric, bass and Aaron Hatch on drums. They have played support for bands such as Leftover Crack, Star Fucking Hipsters, and Toxic Holocaust. Their punk rock style of trash is compelling and extreme, all set forth on their self titled CD.

Louder Than War: How and why did you choose the name “Vile Display of Humanity”?

After a lot of back and forth on names, Jake kept repeating that line as a reference to what our name should represent, it just stuck.

Who inspires you musically?

All the great late Hardcore Punk bands, especially Born Against and Social Unrest.

Who writes the majority of your material?

We all write about the same amount.

Do you plan on touring to support the release?

Do you have a favourite song that you enjoy performing live, or that you are most proud of?

There is a lot of new stuff, which we are really excited to do.

How would you define your music?

Thrash Punk that makes you think and get pissed off.

If you could play support for any band in the world, whom would you choose?

Where do you see the trend of music going?

Its just flooded, and everything is on demand..so I guess anywhere.

What was the most difficult aspect of producing and recording your own album?

Just learning how to do anything, took a lot of time.  A lot of late night test mixing…wish I had better mic and mic placement for the guitars…

Can you recall the most embarrassing or funny thing that has ever happened to you during a performance?

Not much really happens on stage, but every other time there’s plenty of stupid funny shit.

Vile Display of Humanity can be found on Facebook and Bandcamp.