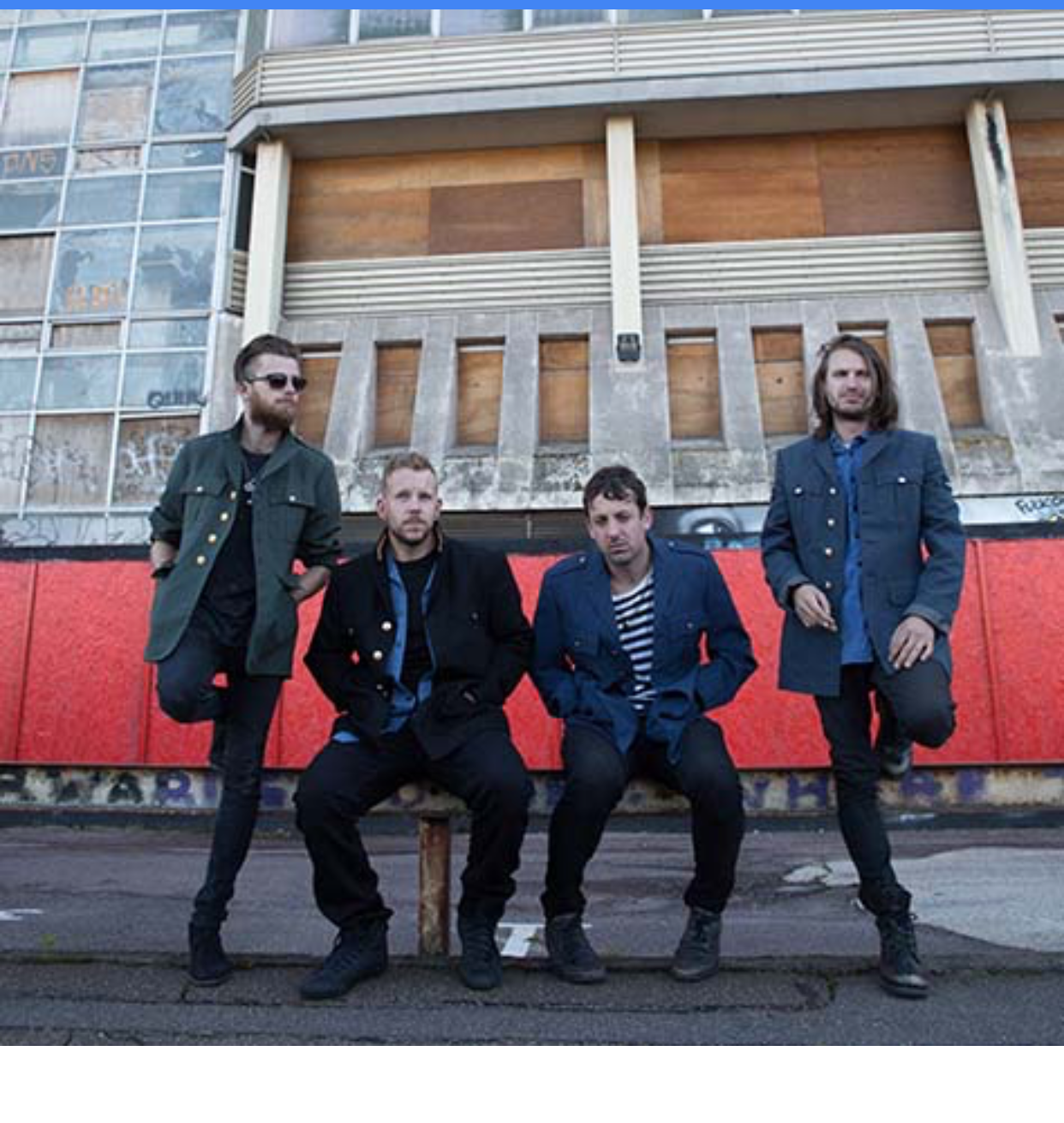 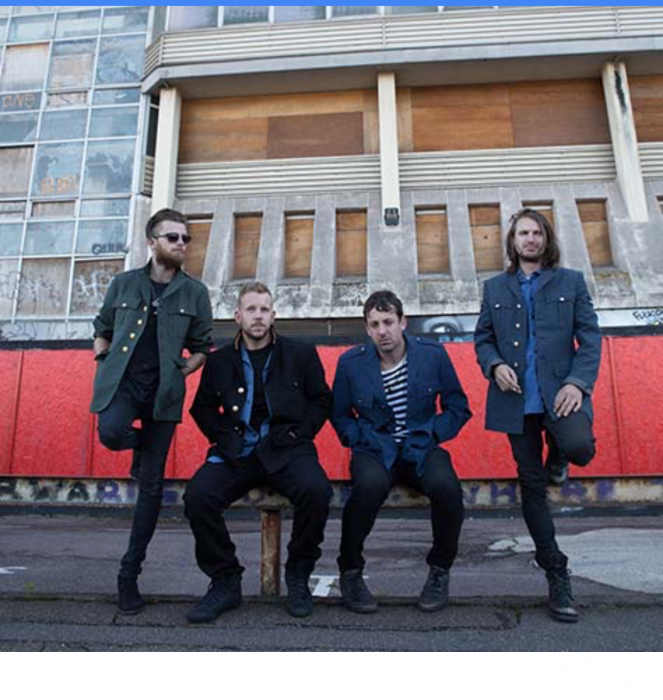 Congratulations to the overwhelmingly, vivacious and musically contagious band, playing support for Adam Ant’s “Kings of the Wild Frontier Tour”, UKFeds. The fraction is no stranger to an Ant tour, as they’ve opened for the Messiah of punk/rock, several times before under the name, “New Killer Shooze”,  (and just Shooze), for the “Dirk Tour”. After a replaced guitarist, an EP under their belt, and a quick name change, they are ready to rock n’ roll.

Their EP, “Living In Anger”, is epic and available on their YouTube page. Presently they are working on a full length release.

I’ve had the privilege of experiencing this group live on several occasions, and have never been disappointed. I was fortunate to have had a conversation with Lead singer Jon  and Guitartist Mike, on behalf of Louder Than War, just a week before the tour begins. Besides that, UKFeds will be appearing at the “Wychwood Festival”, June 3-5th….

Louder Than War: Jon, can you please introduce the band for starters?

So congratulations on the Kings gig, that has got to be awesome.

Jon: Yeah, and especially because it’s such a big album he’s doing.

How did that happen for you?

Jon: Well, we had been on tour with him before, we started a new band and he heard it, and loved it, and said ” do you wanna come on tour”, and we said yes.

What was your prior name?

Jon: We were “New Killer Shooze” before.

Omg, I’ve seen you several times, you were unbelievable live! When you release a song, do you feel that your lyrics scream out a life line for people whom you will never meet?

Jon: We just write for people who feel the same way that we do about certain things. Hopefully they do.

Is there a song that you are most proud of, or that you like to perform live?

As UKFeds, you have an EP out currently, correct?

Jon: Yeah, we do. We’re just waiting on the rest of it.

Tell me a little about it.

Jon: Basically we just started recording it, we were having a good time, and we hope for the best.

Where are you guys from originally?

Jon: We are all from Birmingham, England.

I know that you will be skipping the Glasgow performance, and that you have a really good reason.

Jon: We’re doing a gig for the BBC, “The Wychwood Festival”. It’s going to be filmed. It should be good.

Jon: Yeah! It’s the first time we are probably going to be filmed as the band. It will be on the TV.

So, why the change of name and the new band? Who did you kick out?

Jon: We use to have a guitarist called Ben, but he left. We had to get a new guitarist, Mikey. It was a bit of a problem. It’s Rock ‘n’ roll, it happens.

How long were you the Shooze?

Jon: it was a just a little project. Then we thought we’d come back with some Rock ‘n’ roll.

What genre do you consider your new band to be?

What kind of music did you listen to growing up?

Jon: Me personally, I use to listen to: Radiohead, Zeppelin, Nirvana, so many, I like all music. Anything that makes me move.

Are you working on any new projects at the moment?

Jon: We’re actually working on an album, which is taking a bit longer then it should, but it’s getting there.

Is there a mane for it yet?

Jon: We were thinking that we might call it “Fed Up”

Good name. Who writes most of your music, which one of you?

Jon: We all do really. The lads get together and make it work.

You sell stuff  on line, you sell merchandise …that’s the way we make money. We have to keep making new stuff.

I know, I saw your band selling CDs last year after the concert.

Jon: Which gig did you come to?

Last year, was Manchester and Liverpool. The year before, The Apollo.

Jon: Oh, I remember you…Are you coming over this year?

I am, for the June concerts.

Jon: We’ll meet up and have a drink then if you want.

I’d love to for sure.

I was wondering if you’ve actually met and spoke to Adam?

Jon: We’ve met him loads of times. On the first tour, we were told to not bother him. Then he called us to his room, and asked why we hadn’t come to see him. We said that we were told to leave you alone. He said we should have come and seen him…that the first time we met him. We have a picture with him.

I have your Shooze cd, it’s awesome, but I love your new stuff with UKFeds. It’s a little different.

Jon: We’re coming back to a bit more Rock now.

How many songs will you be opening with?

Jon: we will probably do around 8 or 9 on the tour.

If there was one thing that you’d want to say to your fans, what would it be?

So Mike you’re new to the band, how does it feel to be part of such a historic and iconic tour, and a sold out one at that?

So do you have a song that you like to perform live?

Mike: I really enjoy playing, “Pictures On The Wall”. That’s a really fun song to play .

Do you ever plan to tour the US?

Mike: We would actually love to. It’s pretty tricky for a band our size to get the funds together to get over there.

We would love you in the US.

Mike: That would be amazing, that’s what we want.

Now it’s your turn, is their anything that you would like to say to your fans?

Mike: To our dedicated fans I would say, just keep supporting us, spread the word, keep spreading the love.

So you weren’t in the original group, how do you come to be part of UKFeds?

Mike: I was a temporary member of Shooze. I was just a stand in member, but then it went pretty well and the guys thought they wanted me on full time.

Who chose the new name?

Mike: Wasn’t me. It was the coming together of the guys, I can’t take credit for it.