Home Music Interview: The Timely Return of The Godfathers 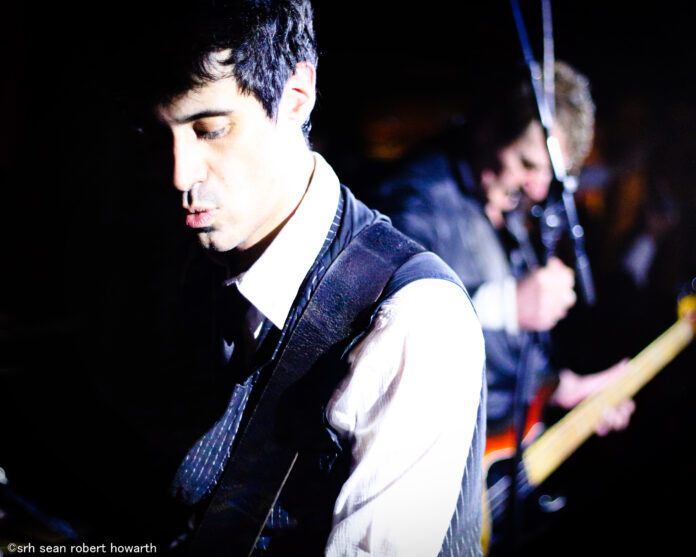 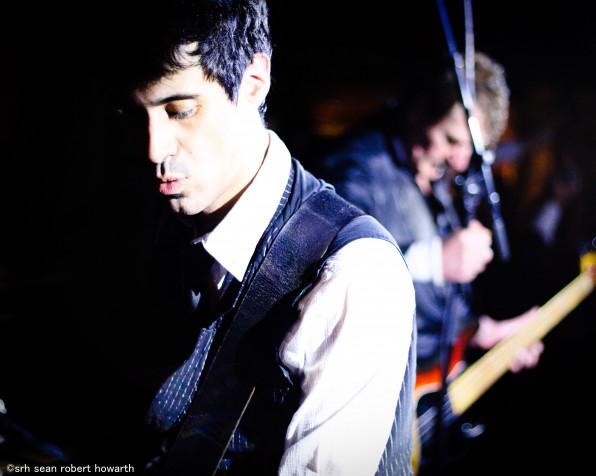 Despite the last year being rocky for the band, The Godfathers spoke to Louder Than War’s Martin Haslam about what the future holds for them.

The last year has been sink or swim for The Godfathers; disbanding the line-up which recorded 2013’s ‘Jukebox Fury’, things looked bleak. However, Peter and Chris Coyne have weathered many musical storms over the years, and in 2015, their 30th anniversary, they are back with a strong five-piece line-up and two great new songs to show their intent.

Having witnessed their sold out Lexington show last Halloween, I met up with the band prior to their Borderline gig (another sold out gig; see my review) for a talk about all things Godfathers. Present were Peter and Chris, guitarist Mauro Venegas and drummer Tim James (I’ll catch you next time, Steve Crittall).

Louder Than War: So, it’s been pretty busy since you joined, Mauro?

MV: Yeah, you could say that! Just finished our first tour together.

CC: Yeah, got the new boys in, we’re all having fun again. Just back from Germany and Belgium.

Louder Than War: The online comments about the live clip of new song ‘Rewind Time’ mirror my feelings; ‘this really sounds like The Godfathers’. That must be a boost for you.

PC: The two new songs, that plus ‘Til My Heart Stops Beating’ are the point; we want to make new, fresh songs without repeating the past.

Louder Than War: And how does that song writing work within this line-up?

PC: Everyone adds to it. ‘Rewind Time’ was started by Chris, then I wrote the words, but everyone adds their bit to it.

MV:  Yeah, Chris showed us that one.

CC: I showed you boys how to play guitar! (laughs).

CC: You never fucking listen, though!

Louder Than War: I was surprised to hear you singing lead vocals, Chris.

CC: Well  there you are; expect the unexpected. It’s early days with this song writing lark; we’re taking our time to get it right. We want the next album to be the best we’ve ever made. We want everyone to be happy in the band.

PC: We want to make lots of different music in The Godfathers, not just be known for one or two things. All the music we love goes in and comes out in a different way.

Louder Than War: All your albums have that; variety but with a clear personality of the band. I’ve seen every gig you played in my home town of Bedford over the last 29 years and they count as some of my favourite gigs ever. We were teenagers starting bands who were knocked out by the sharp image and the vicious sound.

PC: I think it was the contrast; we might look sharp and neat but the music is evil and dirty. We get people on this tour who now bring their kids to see us, thirty years on.

MV: I’m amazed that people are telling me that this line-up is as good as the original one that I grew up admiring. It blows my mind.

PC: It will be, in time. It’s all good. We make our own songs, represent ourselves now. It’s gotta be beautiful, evil, smart, everything. The single, out in May, will be our thank you to the fans for staying with us. Our first gig was June 17th 1985 at The Embassy Club.

CC: The first Valentines Day gig was at the George Robey. We hired a machine gun; some geezer from the armoury came and showed us how to use it; “you hold it like this”. I’d no idea how loud they were. I nearly shit myself when it went off. Some Irish geezers in the bar ducked down, thinking it was a drive-by.

PC: It was recorded for ‘Public Enemy No.1’.

Louder Than War: Will there be a physical release for the single in May? Is it self-financed?

PC: Yeah, but if someone wants to give us eight grand to finish the album, we’ll consider it. We’d consider using Pledge Music or a similar format.

Louder Than War: So, what’s next after tonight? More writing?

PC: Taking our time to get the new songs right. It’s got to be good.

Louder Than War: With a respected back catalogue, that’s important. ‘Hit By Hit’ was always on the jukebox when I was growing up.

CC: Music is so corporate now, you’re dropped like hot shit if the first album isn’t a hit.

PC: The music business and media in general, these last few years, has become so upper middle class it’s unbelievable. If a working class band like Slade or the Pistols came out now, they wouldn’t be allowed to exist, which is a real shame. There’s a definite unfair bias in the arts designed to exclude people from a certain background while the more privileged who ultimately benefit have the nerve to complain about the mafia!

Louder Than War: That’s a sad thread linking The Godfathers of 1985 and 2015; politically, nothing’s changed.

PC: I think it’s worse now. Cameron; “I listen to The White Stripes!”

CC: What’s it matter when you’re cousin to the Queen?

So, there you have it. Thirty years on and, thankfully, The Godfathers are still passionate, still angry and still here. Cherish them.

Stop press; The Godfathers will celebrate their 30th anniversary by playing The 100 Club on June 17th 2015. This will feature two, 15 song sets. Tickets available now.

Interview by Martin Haslam, photos by Sean Robert Howarth (many thanks). More writing by Martin on Louder Than War can be found at his author’s archive.