Home Music Tim Muddiman: “Get It On” interview 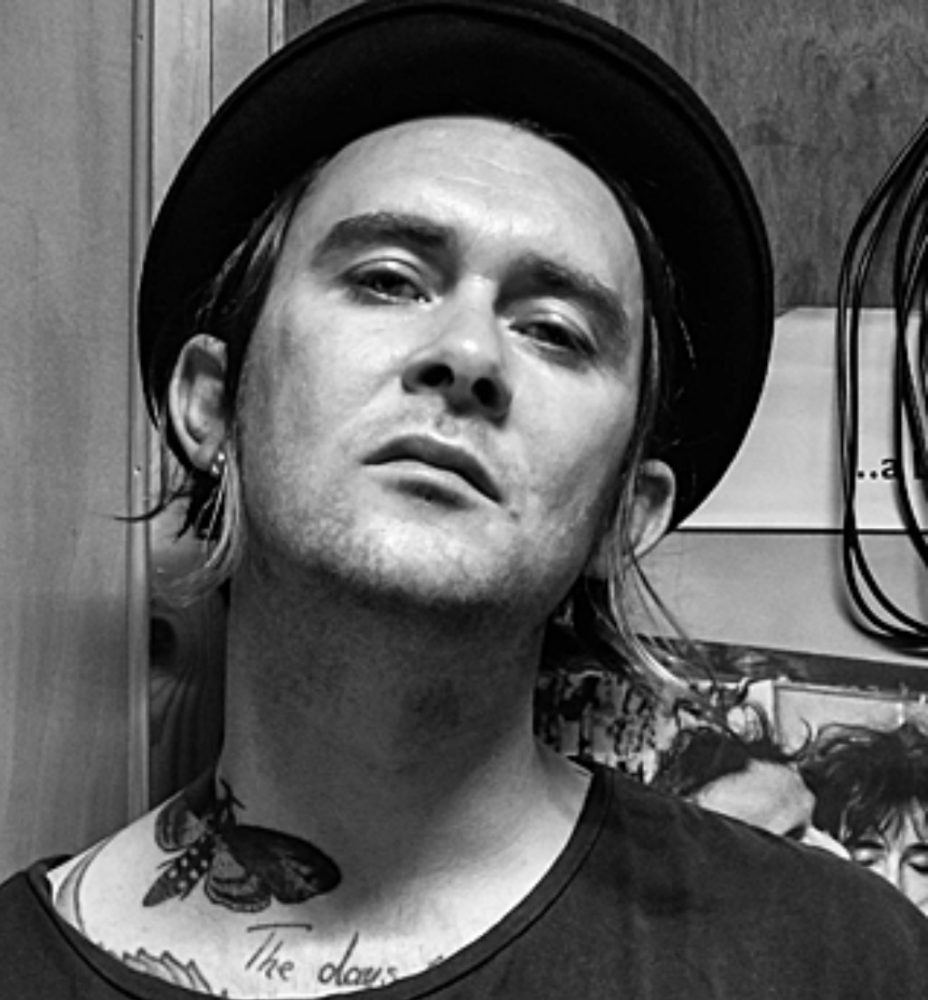 Just coming off a massive tour with Gary Numan, exhausted beyond belief, long time bass player for Numan, producer, well respected sessions musician, and brains behind “The Strange”, Tim Muddiman has just released a powerfully mesmerizing video entitled “Get It On”. It’s one of those songs and videos that you have to watch over and over again, just to make sure you’ve got it right. Just to make sure that you get the message, because you know the message is important. He’s also working on his new album called ” Domino Blitz” which should be completed in about two months time. 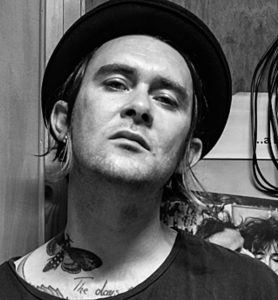 Tim Muddiman is passionately creative. Music is everything to him, and it comes from deep within his heart. His desire to craft his feelings and stories are powerfully relayed in his music and writings. He’s a storyteller, an advice giver, and an empathetic soul to those socially down. His artistry goes well beyond the norm, and his music is brilliant.

Louder Than War: I love “Get It On”

Did you see the video, its crazy?

It’s very powerful. Whatever inspired it?

I was living like a recluse like I do when I’m not touring. I’m writing a new album. I’m writing so many stories for the new album from my experience and other things that I’ve written in the past and my experience in life. If you wanna do what you wanna do you’ve got so many difficult roads to cross. There’s so many barriers from society and from wealthy people, from business and law. I feel like that. You know a lot of people have an inner angst and a fire inside them that they can’t get out sometimes and they can’t show it to the world, they can’t get it out and they can’t freely be who they want to be. I was just kind of collecting all my thoughts that one day and thinking what the hell am I doing, I’m writing this album, writing exactly what I want to write and I was thinking how am I going to get it out. Then I was considering how I felt in life a lot. If I’m feeling a certain way and I wanted to express myself in certain ways where it’s socially unacceptable or it’s going to upset people…I don’t want to upset anyone but, this is the point that I was at that day…..so I just wrote this guitar riff and the words just fell out of my mouth. I was feeling really annoyed about how I was and I just needed to freely express myself, however, the hell I wanted to do it. And I sympathize with some of the people I’m talking about in the song like people who are finding their own little way in life to have it out there, which is underground sometimes and I relate to that.

I also love “Roll the Dice”

Is that the little video?

Yes and I think that everyone should hear that little video, don’t you?

I think it includes all the arts, if you’re a writer, an actor, a painter, if you’re a musician…it’s such a journey and there are no short cuts and it’s a treacherous journey. Everything in that passage that I read, Richard Bukowski wrote it, …..that was the first thing I did. I wrote that film when I decided to do my own musical project. And every single thing in there I experienced. Losing friends, mockery…mockery was the biggest one from people who were in my life when I started doing it. It said something about the elated feeling when your writing something and things are going good, and everything is coming together….that feeling is worth every negative that you experience. That is the journey of creativity I think, for any artist.

My ultimate goal is to do shows with 1500 to 2000 people where we are performing songs, me and my band and we have plays on the stage at the same time. I’ve seen so many rock n roll bands doing the same old thing, and I find it incredibly boring. My ultimate aim would be for people to understand the stories and the music that I’m writing and to do more performance stage shows where we are playing music as musicians playing music and we incorporate fashion, we incorporate a more expressive way of doing the songs where we have actors, and where it was like a play. Sets on the stage where it explains the songs, and people came to watch us. That would be my ultimate goal. That’s how I visualize it in the future. I’ve got a new album I’ve just finished called “Domino Blitz”. There is a song on it called “Domino Blitz”, and it’s not about a fantasy world I don’t think….it’s a place where writers and artists go and they are free to be expressive and they are free to be who they want to be. There’s another song on the album called “Rock Ballad”, and it’s my favorite song on the album. It’s about an Irish guy that moves to New York in the 60’s to be a country musician but ends up getting involved with crime in New York.

So you just literally came off of a massive tour, are you tired?

I can’t tell you how exhausted I am. We played in 39 cities with Gary Numan. We did our last show the night before in Salt Lake City, then traveled home. It was phenomenal. I’m so jetlagged, I can’t even begin to tell you how tired I am. The tour was amazing. It’s great playing with Gary. I’ve been playing with him for ten years now. I’ve seen how his popularity has changed at times. I think 95% of the shows were sold out. We did two encores, it was amazing.

Do you know the instance that changed the whole trajectory of your life?

I used to own a guitar shop. I used to sell guitars to people. It was wonderful for a short period of time. I was making money, I had more money than I ever had. But I never felt less fulfilled. I was selling guitars for people to make music on, and I wasn’t making music for myself. Making music was everything I’ve ever thought of. I was playing guitar for Gary Numan, and I was playing his music. The design to do my own thing creatively just took over, in such a profound way. Everything I was reading, every artist on tour.., I could just see my life happening and finishing with just living a very unfortunate life with having money just for the sake of having money. It took me a while to get out of the guitar shop, I just sacrificed everything. Everything I think about is related to music. It was that small period of time and the realization that I thought I just got to do what I got to do. It made me realize I can’t write music just to make money. I can’t sell myself out. I could write a record that would sell commercially quite easily, but I’m trying to discover myself and find myself as an artist. But it was that period that changed my life. It just got to a point where I was very, very unhappy because I wasn’t being creative and expressing myself, digging deeper into who I was, and traveling a journey through art and music. Art and music is what gives me a purpose in life. Without that I don’t have anything. So it was that period that really made me realize ….does that make sense to you?

Totally. Any regrets for all the sacrifice?

No, none. Only I don’t have much money, but it’s a small sacrifice. I just keep on going. I get paid from Gary Numan on his music campaigns. I’ve done three now, and they finance the records. I’ve been offered a record label deal which would seem like putting a straight jacket on yourself. So I’m staying independent for the moment. So no I have no regrets. Every morning I wake up wanting to finish this record and I’m already designing the next one in my head. So I’m just going to carry on doing that. Maybe my one regret is that I still live in England. I want to live in New York. I’ve got a daughter who’s 13 years old, and I’ve sacrificed, a small sacrifice, by staying around where I’m from in North Hampton in England to look after her. Funny enough she’s sitting next to me in the car and we were talking about it today. She wants to live in New York so…..I’d adore it. I did a lot of residency shows in The Gramercy Theatre last year. We stayed in Hell’s Kitchen for a week. I was in Manhattan then we played in Brooklyn a couple of weeks ago, and we were in Jersey City three weeks ago. I’ve been to New York about ten times and every time I leave I feel down for two or three days. I belong there. I’ve been so many places and still, New York is my favorite in the world.