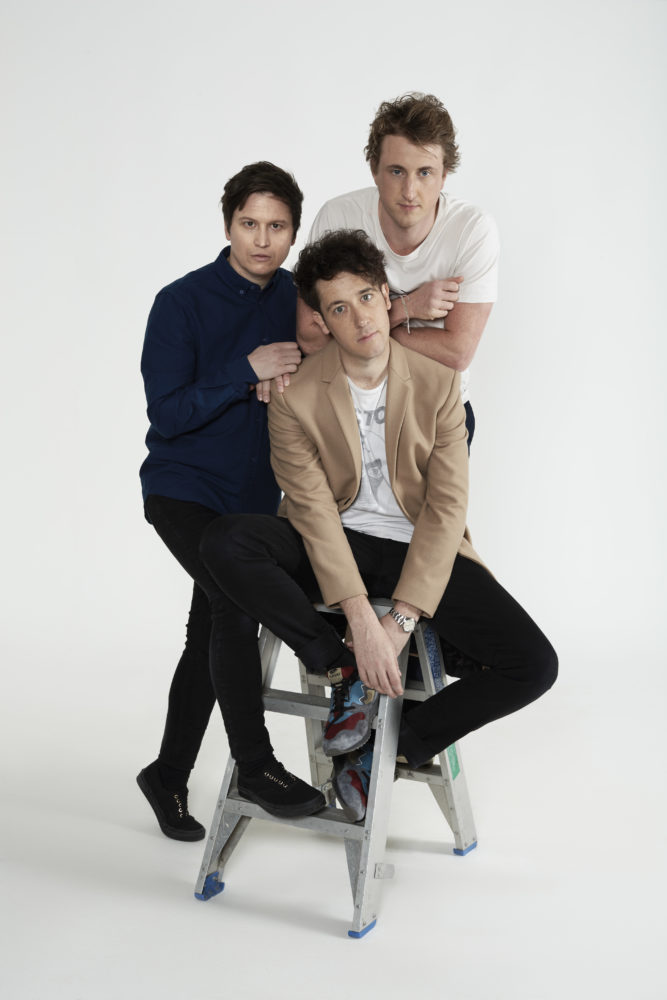 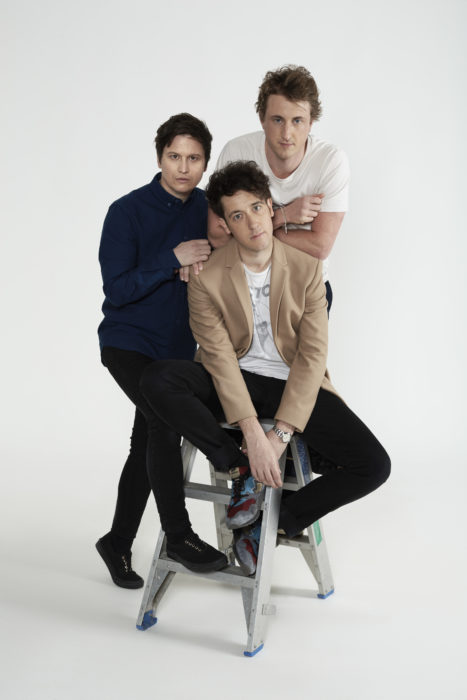 Louder Than War’s James Lowther catches up with The Wombats’ Dan Haggis ahead of their Isle of Wight 50th anniversary headline set and world tour.

Nice to speak to you Dan, how are you?

I’m very good thanks, I’m on a beach in the south of France. We’ve been on tour for the best part of two or three months so it’s nice to not be on a tour bus.

So first up, what have The Wombats got coming up over the next few weeks?

Well, we’ve got a couple of weeks off and then festival season starts. We’ve got Isle of Wight festival coming up soon. It’s quite a packed summer. We’re also supporting Weezer and Pixies on tour in America. And then we’ll be in Australia playing Splendour in the Grass festival, just before Kendrick Lamar (we’re going to try and get through our set as quickly as possible so we can catch him!) – if you’ve never been before you should check it out, it’s mad.

Sounds like a very busy year then! I know you mentioned Isle of Wight festival just then – did you know that it was the 50th anniversary of the festival this year?

We should probably sing ‘Happy Birthday’ I would have thought! That’s brilliant, though – it’s great to be part of their celebrations.

And The Wombats themselves have been going for quite a few years now – are you coming up to 15 years in the industry?

Yeah, that’s right. It’ll be 15 years in October. We’re going to be on tour in the states in September/October time, so I’d imagine we’ll just go out for a nice meal or something and celebrate it between ourselves. I’m sure it’ll just be a low-key affair. 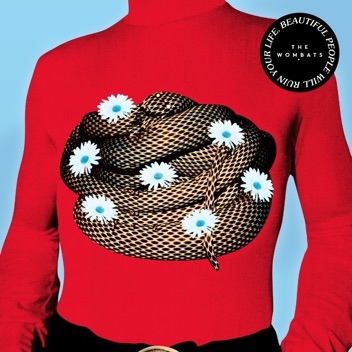 You’re touring in support of your new album ‘Beautiful People Will Ruin Your Life’. What were you doing between your last album ‘Glitterbug’ and now?

The gap between ‘Glitterbug’ and ‘BPWRYL’ was actually the shortest between any of the albums we’ve released, just under three years. When we release an album we usually tour for about 18 months, and then it’s usually about a year of writing and demoing. You also need to get back into normal life a bit – so you’ve actually got something to write about! It’s amazing when bands manage to get albums out in under 2 years.

I’m sure you must have been asked about some of your musical inspirations and influences for this album – but do you find influence strikes from elsewhere, like film or literature?

Oh yeah, massively. Whether it’s books, films, artwork, whatever – it can trigger your imagination, and before you know it you start making notes for a new song. One of our new singles ‘Lemon to a Knife Fight’ was inspired by David Lynch’s ‘Mulholland Drive’. We love the imagery in lyrics and songs. People like Neil Young – just the imagery he has, when you listen to the music you have these full on scenes in your head. Even just discovering new music, whether it’s from nowadays or years and years ago can make us say: “Oh, this is cool, I can totally hear us doing something like this.”

The Wombats are well known for their hugely energetic live shows. Do you ever think about how the songs are going to sound in a live setting whilst recording?

It’s mostly just how we feel a song works best while we’re making it in the studio. We love touring, so there are a few moments when we’re like “How are we going to finish this song off’?”, and depending on what the rest of the song feels like we might be like: “Let’s take this up another level, let’s really let loose on this one.” In one of the songs on the new album ‘I Don’t Know Why I Like You But I Do’, it’s quite dreamy, so we thought ‘Maybe let’s try and kick in now with a big riff, have people stomp their feet to it.’

I was lucky enough to catch you guys at Delamere Forest a few years back with my partner.

Oh yeah, that was such a brilliant show!

Yeah it was! The reason I mention it is that afterwards my partner wrote to you and you sent her a signed postcard back. It got me wondering if you’d ever had any crazy fan stories?

You know what, our fans are so lovely that it doesn’t really happen. You might get a couple who are a bit overzealous but for the most part our fans have just been amazing.

Here’s a different question then – is there anyone that you might have a crazy fan interaction with?

Well, it actually happened to us. We met Paul McCartney at a music award show. He was walking backstage after getting an award from Bono. We couldn’t believe it. And he just said, “Alright Wombats, how’s it going?” So we just stood there like, “Hi, Sir Paul.” He’s such a lovely guy. We had a little chat and he said, “Oh, I love that ‘New York’ song you do.” We just said thanks, and in our minds we wanted to pay a compliment back… but how do you compliment Paul McCartney, really?

And for the last question – are there any questions that you guys are sick of being asked?

Haha! One of them is definitely: “Why ‘The Wombats’?” I think because we have got a bit of a ridiculous name we understand – it’s one that we always get when we’re on tour in Australia, they always think we must be an Australian band. When I say annoyed, it’s just funny. We had t-shirts when we were on tour once that said on the front: ‘So, why ‘The Wombats’?’ and then on the back  it was just a little wombat hand pulling a middle finger.

Tickets for Isle of Wight festival are available now, you can pick them up here.

You can also download a new remix from The Wombats, ‘Turn’, here.

And you can catch Murph from The Wombats talking all about their new album, the UK indie scene and more on Red Stripes Presents: This Feeling TV below.