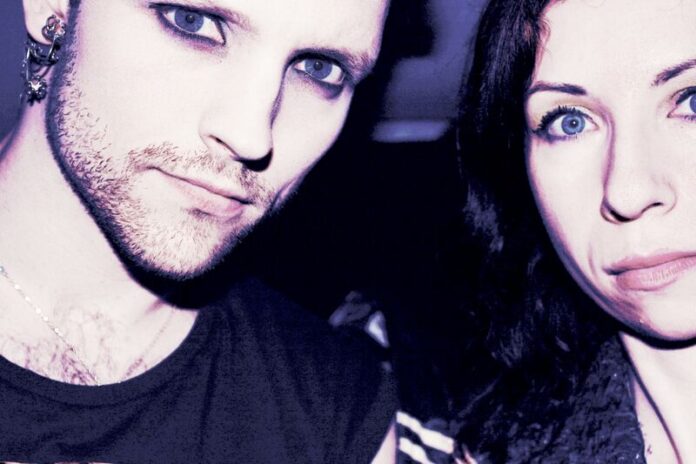 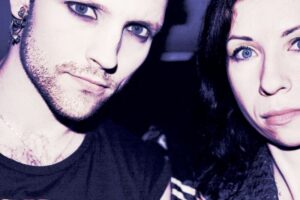 A shared obsession with Mansun and using technology to be a band from miles apart – Abi Gillibrand talks to The Telepathic Evils.

This otherworldly duo are about to take off and it’s going to be like nothing you’ve ever heard or seen before.

Roger Rowley has teamed up with Easyworld’s former bassist, Jo Taylor, and together they have put their own twist on the familiar ’90’s grunge sound with electro beats and eerie vocals. Their music will captivate you in the twilight zone and the more you listen the less you’ll want to wake up.

With Jo being in Brighton and Roger based in Leeds you’d think it would be difficult for them to sustain momentum, but Jo disagrees, saying, “I actually think it has focused us more, given us more space to think, to sift out what’s important, instead of taking it for granted that the next rehearsal will be along soon and sitting back.”

They use Dropbox as a tool to share demos and type to each other a lot to share their ideas. “We each have a decade’s worth of broken biscuits to pick at too. If I come up with a full song sketch, Jo will add her vocals and bass, then replace my acoustic guitar and woodblock percussion with cool synths. I’ll then go back and add the electric guitar.

“If Jo delivers a new song, I might pull it apart, add a ‘new room’ and some dramatic inversions. I’m as destructive as I am constructive, which drives everyone nuts, myself included. Our styles naturally complement each other, and I’m writing better than ever, but we’re still learning how to write for each other’s voices.”

Across a great distance, their persona seems to be in constant flux, “Office attire, nun habits, colonial explorers…” Roger clarifies. “No one knows us, and we have absolutely no quibbles with being massively uncool. Unless we’re in the middle of an obligatory Cool Campaign.” He may also have made reference to “Our Lord and Saviour David Bowie” during the course of the interview.

Hearing their track Bad Behaviour, it’s definitely possible to notice that The Telepathic Evils are influenced by ’90’s Britpop band Mansun. Roger said, “We’re big Mansun fans. I read David Ford’s book a few years ago in which Jo was described as someone who ‘had once mildly stalked the members of Mansun’, and I thought, ‘oh wow, she gets cooler, we might get on’. And hey look, we actually met at the 2014 Mansun Convention!”

Jo’s strong yet delicate vocals are similar to that of Wolf Alice as she explains she’s been heavily inspired by them, “They [Wolf Alice] make music which sounds confident, relevant and excites me in the same way music did when I started.”

Going from the established band Easyworld, who played at the 2004 V Festival, to stripping right back and starting all over again has definitely not scared Jo away. “Roger and I, [have] come to it as equal partners and also not as teenagers or early twenty-somethings, which means there’s more experience, different perspectives on things and we bring more past life to the table. It’s not a musical climate for snarling and saying we’re going to be bigger than The Beatles anyway. It’s a time for DIY, invention, education and hoping people come on board. I do genuinely think this is the best stuff I’ve ever done and that has to be the win rather than external goals.”

The Telepathic Evils are currently working on their first EP. “We filmed some acoustic renditions of early material [which you can find on their YouTube channel], so expect more of those as we build up to an ‘EP with a twist’ very soon. Don’t be fooled though, this is but quirky bonus material to feather the nest. We’re ultimately building a big loud rock show, but I love that the songs are strong enough to stand up in different forms.”

All words by Abi Gillibrand. You can find other pieces by her on Louder Than War here.