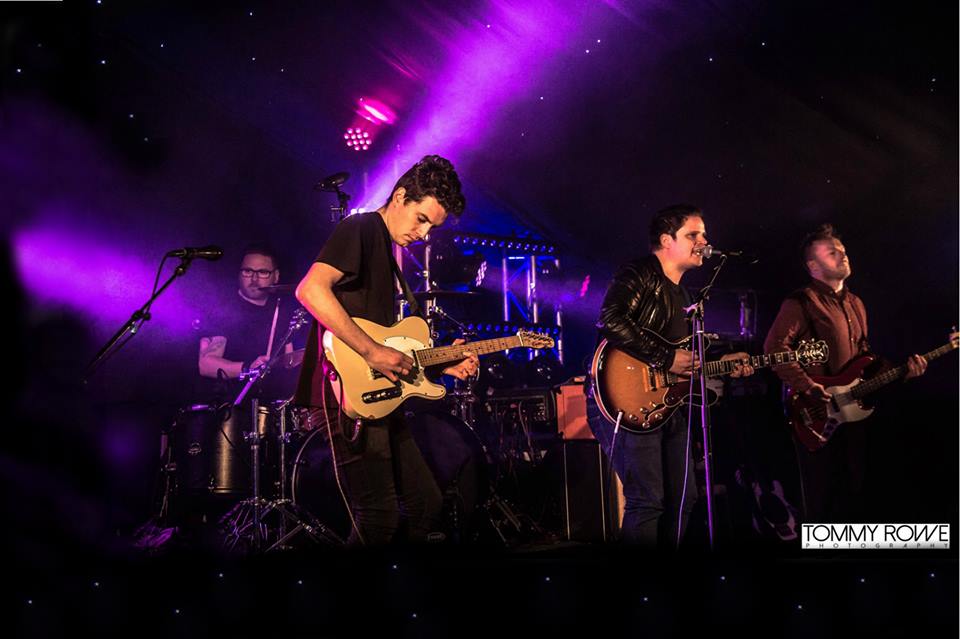 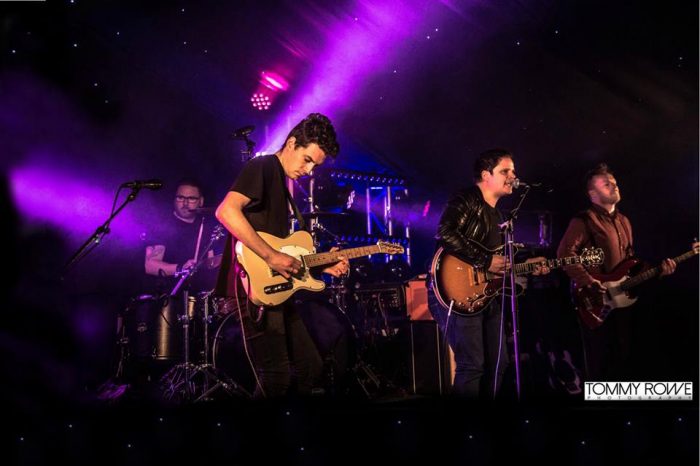 The Summertides have returned to their DIY roots and found a new sound in stripping back their personnel and production. Louder Than War editor Sarah Lay talks to drummer and co-producer Barclay Wood.

“It was one of those moments in the studio; a magic moment. Steve Taylor and I had worked together for years in bands but producing together was new, and magic. We looked at each other as we were working on the track and both knew we had a beast on our hands.”

Taking on production duties with his band The Summertides is a relatively new development for drummer Barclay Wood. The band have been in their current four-piece line up for the last couple of years but on the scene much longer, working with producer John Cornfield (Supergrass, The Bluetones, Razorlight) in their previous incarnations . Their new material is at once a stripped back version of their indie sound and bigger sounding too. Wood said, “The new material we’re recording is more stripped back, simpler and all about the sound. We haven’t always done it that way. Our first couple of releases a few years back we threw everything in there. It was all the bells, all the whistles!”

Settling into their current line-up (Simon Richardson, vocals; Alex Moss, bass; Hamish Goodwin, lead guitar; Barclay Wood, drums) the band began to deconstruct their sound and focus in on their indie core, while keeping their upbeat nature. It was after Wood began working with Dave Fitzgerald (The Telescopes) on his album as Junkyard Liberty that he honed his production chops and found the sound his own band were hankering for. “Going over to France and working with Dave on the Junkyard Liberty record sparked my interest in producing really. And then when I teamed up with Steve Taylor there were just explosive results in the studio! We just brought out the band’s guitar-driven, groovy sound.”

Now firmly in control of their own sound and schedule the band have begun a series of releases with new track Eyes Are So Wild and a follow up single will follow next month. Already its caught the ear of BBC Introducing and Wood says indicates the direction the band now want to take, “It’s got a retro vibe, some sweet twists, a ’90s sound but a bit a of a shocker in how hard it rocks.”

They haven’t moved entirely away from where they came from – plenty from Cornfield’s stable can be heard resonating in this current sound – but it’s the move of a band who have found a new lease through taking back the reins and getting to grip with what production adds to a record, to the shape of a band.

Interview by Sarah Lay. Sarah is editor of Louder Than War and you can find her on Twitter or more from her in her author archive. She is executive producer of The Rumble on Radio Andra and provides the Louder Than War recommended track for the show – tune in Tuesdays from 8pm or listen again here.