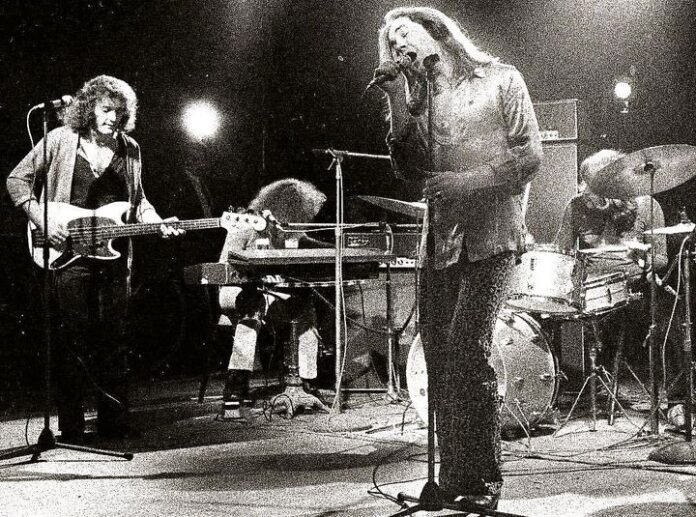 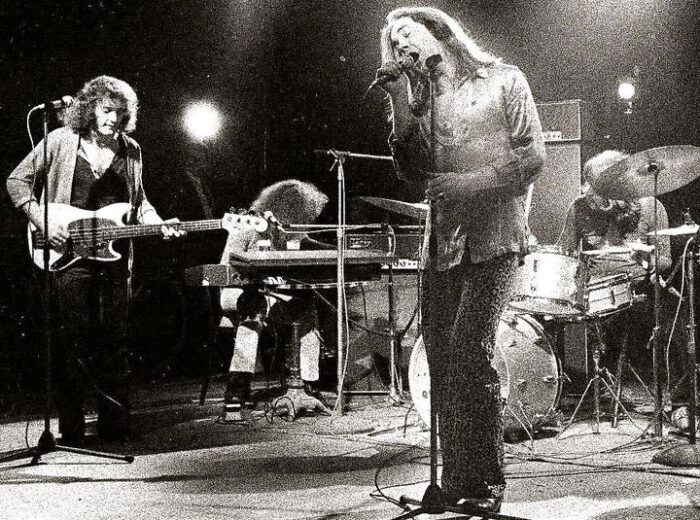 The Pretty Things were one of those influential bands who never quite had the commercial success of their flower power contemporaries but who knew just how good they were.

In 1968 they invented the concept album with S.F. Sorrow which, despite its subsequent critical acclaim, didn’t sell all that well.  Vocalist Phil May had brought in his old mate Wally Waller on bass for their third album, and, when founder member Dick Taylor left, he shared songwriting duties for their fifth record Parachute, which has just been reissued by Madfish 50 years after it was released.

“Phil and myself wrote the album and we didn’t really have clue what we were doing,” recalls Wally who left the band in 1971 to become a producer. “S.F. Sorrow didn’t get a fair crack of the whip, it was buried without a trace, but luckily it was resurrected by people who liked it.”

“It eventually became a minor classic, and the sales figures are very impressive, but the same thing happened to Parachute.  At the same time we weren’t really thinking ‘god, how do we follow this massive hit’ as S.F. Sorrow was just something to have come and gone without leaving much of a mark at the time.”

This reissue of Parachute has been recut from the original Abbey Road master tapes, and Madfish have added a second record of rare singles and B-sides, plus a four page insert with recollections from band members.

“I liked the idea of doing something with a theme to it and Phil wasn’t so keen. People were moving out of London. They got burned out in the sixties, it was quite a heavy trip. London was kind of the epicentre of the world, and we were right there. Phil and I realised we were writing songs about this sort of dilemma, and things fell into place very easily after that.”

“It has transpired that the sixties were such an amazing decade, and I guess that when you were living in a movie you don’t really know what’s going on.  Later on when you sit in the theatre and watch the movie you think: ‘Oh yeah, I get it now.’”

Parachute has often been called an elegy for the end of the hippy dream, but for The Pretty Things songwriters there was also a huge amount of personal disillusionment because the band felt that S.F. Sorrow should have done much better, and there was ongoing tension with the record label.

“Now you can look back and say that’s right, I guess we were disillusioned and disappointed as we really thought S.F. Sorrow was a good album,” recalls Waller.  “It got amazing critical acclaim, but it didn’t shake the world as it was one of the best kept secrets in the business.”

“Phil and Dick Taylor started the band, Dick was gone, so Phil and I were left as the sole writers and we wrote it all. At that point there was all the flower power and psychedelia, and we were looking for a new direction, but everybody at the time was saying where do we go next. Parachute was eventually very well considered but at the time it wasn’t a massive hit.”

It seems bizarre now, but after knocking out two classic albums on the bang they were dropped by EMI, but working for that label did allow The Pretty Things to recruit one of the all time great producers to join them in the control room.

“Norman Smith, our producer, was the Beatles engineer up until Rubber Soul, then EMI in their wisdom made him a producer. He was great, he was a musician, so he liked what we were doing and encouraged us.”

“From the artistic point of view he was our only ally in EMI, and he understood what we were doing, he was very supportive. If there was flak about how much money we were spending in the studio in Abbey Road he used to stick up for us.”

“I guess if you’ve engineered all the Beatles album up to Rubber Soul then you’ve got a bit of clout. Norman was just a staunch ally who was like the sixth member of the band.”

Legend had it that Waller and May would often get home in the early hours after a night out in the clubs and start writing until they collapsed. Sadly Phil May passed away earlier this year having completed the last Pretty Things record, but Waller always enjoyed working with a friend he’d known for 70 years.

“Phil and I grew up together from the age of four when our families moved into the same street, so we were bosom buddies, and he was the best friend I ever had,” says Waller of his lifelong mate. “We wrote our first song together when he was halfway through the third Pretty Things album called Emotions, and it was called The Sun, which was a good way to start.”

“We were natural songwriting partners as most of the music was mine, and most of the lyrics were Phil’s, but they weren’t absolute roles. We’d both have ideas and because we were such old friends we could say to each other that’s not a good idea. Nobody would take offence as we had this background that went back ages so we were totally honest. We bounced off each other very well, and inspired each other, so it was a good partnership.”

Many albums from that period sound dated, or hopelessly idealistic, but for Waller this Pretty Things reissue proves that Parachute has managed to stand the test of time, which is the real hallmark of all great records.

“I think it does from purely an audio point of view as we were working on eight track machines, which wasn’t brilliant, but it is better than the four track machines we used to work with on S.F. Sorrow. A lot of people say to me it’s their favourite album of all time and I’m surprised at the number of people who get in touch with me through social media. They’re just discovering it and say why haven’t we heard his before?”

“When people from much younger generations say this is really great that gives you a lift because you know there is something timeless about it when people do that. Whenever I do listen to Parachute there is a self-affirmation that I feel that we did something good there, the figures don’t lie as in the end it has sold a hell of lot of albums.”

Parachute is available from Madfish.