Home News INTERVIEW : The Levellers talk about their brilliant new album and surviving... 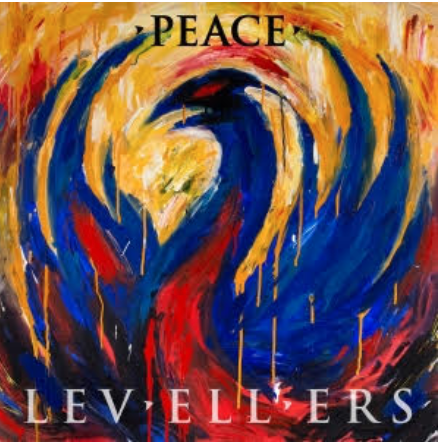 Mark Chadwick and Jeremy Cunningham talk to John Robb about the new Levellers album Peace, which is coming out on August 14th, almost eight years since the Brighton band’s last album of original material, 2012’s Static On The Airwaves.

The album is full of darkness and uncertainty but allied to a powerful and rousing set of anthemic songs. It’s one of their best albums yet musically and thematically and you can see the thousands of hands in the air  to these soon to be much loved missives from strange times at their annual Beautiful Days festival when it returns next year…

The band recently released a number of tracks including the latest single ‘Generation Fear’, which is a statement of intent for the whole album. It follows the other tracks ‘Burning Hate Like Fire’, ‘Calling Out’, ‘Four Boys Lost’ and the first single from the album ‘Food Roof Family’, which confronts the misleading and deceptive tactics used by the media to marginalise the vulnerable. The track is also the opening salvo on the new album, setting the scene for a record where the Levellers are fearless in tackling the big subjects.

A very timely yet reflective collection, Peace is an album about the state of the world and of the band’s mind. “It’s an aspirational title,” says Levellers singer/guitarist Mark Chadwick. “We’re searching for peace. I’m not a religious man, but it feels like the devil is walking the earth right now, but that doesn’t mean there’s no hope.”

Its 11 electrifying songs are a charged reaction to a world that seems to be teetering on the edge of madness and self-destruction.