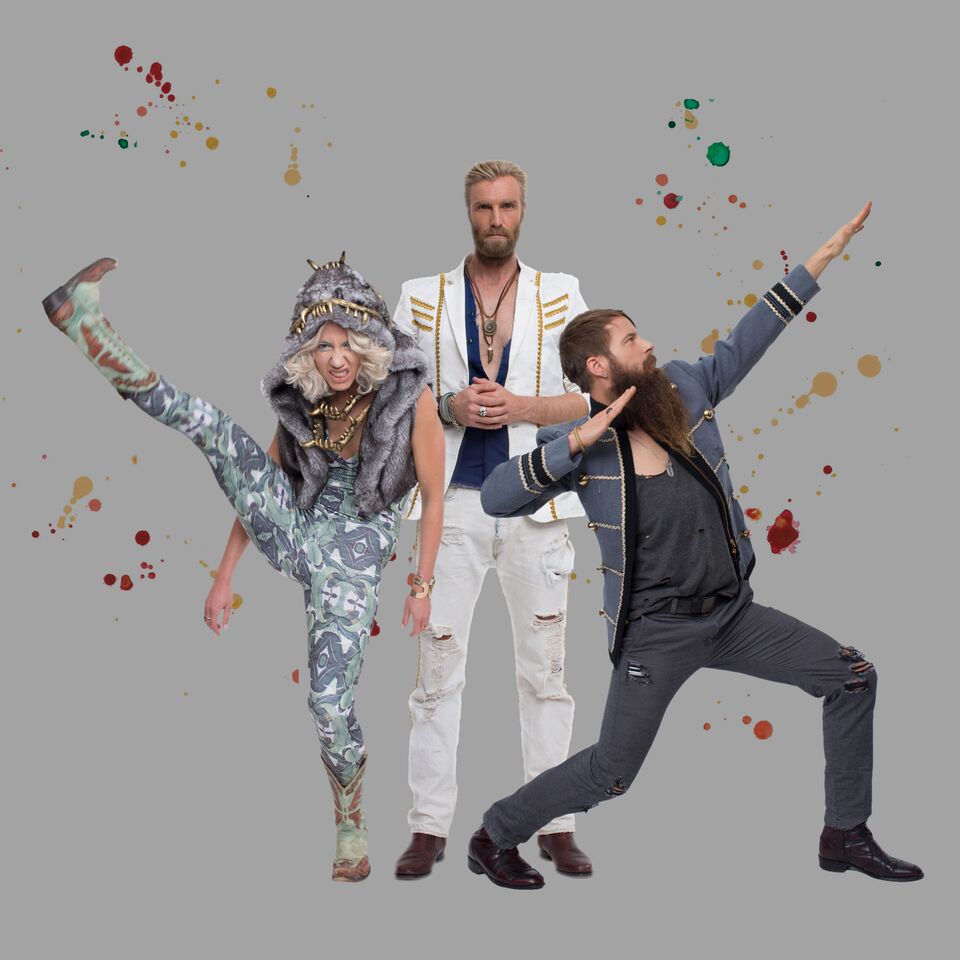 This effervescent faction based in Venice Beach California, has released some new music entitled Universe In Bloom, an Indie Pop/Alternative masterpiece. This eleven track fascination is accompanied by cool videos under the guise of mini documentaries about the world and mankind, and Venice Beach, depending upon the track. 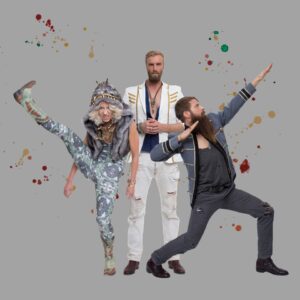 The raw sultry voice of lead vocalist, Ingrid Andersson is unique and powerful, a cross between Amy Winehouse and Sia. The rest of the trio are both multi-instrumentalist, and both hailing originally from Germany. Kristian Nord plays the drums and bass while Malte Hagemeisyer is an accomplished guitarist. They all met in California, and love living in Venice beach

I spoke with Malte and Kristian, who were a complete blast…full of life, and full of fun, fill of optimism.

Louder Than War: So are you guys originally from Venice Beach?

Malte:  No, not really. Just like everybody else in Venice Beach, we’re from somewhere else. Me and Kristian are from Germany. The singer, Ingrid is from Connecticut. We met here in Venice.

What brought you here all the way from Germany?

Kristian: Malte and I were both exchange students, way back in the high school days. I just fell in love the minute I got out of the plane and took the first breath here. I was very lucky to get into a family that I’m still very close with. My host father, David is a passionate surfer, and always wished to have a son to go surfing with. That was pretty much me. I was introduced to the best of the California lifestyle, going surfing, going kayaking, and spending a lot of time outside at the beach and in the mountains, backpacking. So I always had the plan to move back. I had to go back to Germany and finish school. I had my own band there for a while and was producing music. Then at some point I just said “OK I have to find my way back home to California”, which I did. A couple of years later Malte came here and basically did the same thing.

Who does what in the band?

Malte: So Kristian plays the drums, I play the guitar, and Ingrid, she’s the singer. We all play all sorts of instruments as well. We all do the writing, the three of us. Kristian also plays a lot of bass in a lot of songs. Then we have a few quest musicians that we play live with. We have wild rebel horns, they’re great. Being in LA you get to work with amazing talents that you only dreamed of when you were a child. I started to play the guitar when I was eleven and out here you meet your heroes, and you ask them if they want to play on your records. To me that was one of the dreams I always had. Just to go to California and make music with my heroes.

Who thought of “The Great Escape”?

Kristian: We went back and forth and there’s this line which says, “This is a time to celebrate, what a beautiful escape”. We were first thinking about The Beautiful Escape and for some reason we came to The Great Escape.

Malte: It was the song lyrics. We had other names in mind, but we’re not going to tell you that.

I can probably pry it out of you.

Or to take some Ecstasy in LA?

Malte and Kristian:  Yes. For us it’s just been a cool analogy, really making our own music. I think that’s what it means to me. It’s doing your own thing. Sort of going back to the roots. All the software, synthesizes, and drum machines, we just went back to the way we started making music. For us the great escape is not about running away, it’s more about facing and doing what you really love.

Do you ever get back to Germany because I understand that the music scene in Berlin is really good?

Kristian and Malte: Yeah, I’m going to Berlin the beginning of September. I’m going to the Lollapalooza Festival. So we get back there frequently, we still have a lot of friends there and family obviously. It’s fun but if we can choose, we go in the summertime because the winters can be cold and grey. Berlin is great in the summer. For me personally Berlin and New York are the same thing. I really enjoy to be there for a couple of days, a week – all the energy, everything that’s going on. But then I’m really glad to get back to the California beach lifestyle.

Who did you listen to when you were growing up?

Malte:  I didn’t listen to much 80’s music. I listened to Santana records, he was my hero, Jimi Hendrix and I loved Sly and the Family Stone. I loved punk music and James Brown, I loved Marvin Gaye and Curtis Mayfield. I loved The Beatles, maybe I should have started with them. With my first guitar chords I played all The Beatles songs I knew. So that’s still very much inside of me. I love modern music, I love electronic music, I love hip-hop. I definitely have those roots that you wouldn’t think a boy from some little town in Germany would like. It influenced my guitar playing.

Who is the lyric writer and what influences your songs?

Kristian and Malte: We all write the lyrics, but Ingrid has a strong impact though. She has a really great voice.

Malte and Kristian: Her voice is unfiltered and raw as well. Her writing is the same. That’s what we love. Sometimes we have this idea, “how about we write a song about this”, and then she spits out these beautiful images, and we sort of try to sculpture it. We all write lyrics but she is definitely the poet in the band.

If you could say something to your fans, what would it be?

Kristian: Check us out live.

Malte: We don’t play live that much but we think live is the best.

Aren’t you going to tour in support of the album?

Kristian:  Yeah, we have plans but no definite plans.

Is there anything else that you’d like to say?

Kristian and Malte: We had a lot of fun with the videos we created, which is another dimension of the band. We thought we didn’t want to do a video where people perform somewhere. We wanted to add something else to it. So we created these mini documentaries.

They are so different and cool.

Malte and Kristian:  That was a lot of fun. We just get an inspiration from all those characters and hearing all those stories. Either those old passionate people or the dancers in Let Me Go Wild, or our friends here in Venice in the Good Day Venice documentary, it was just a lot of fun. We are going to keep on developing this. It’s really exciting to use the power of music to tell a lot of stories. Through that you show your music.