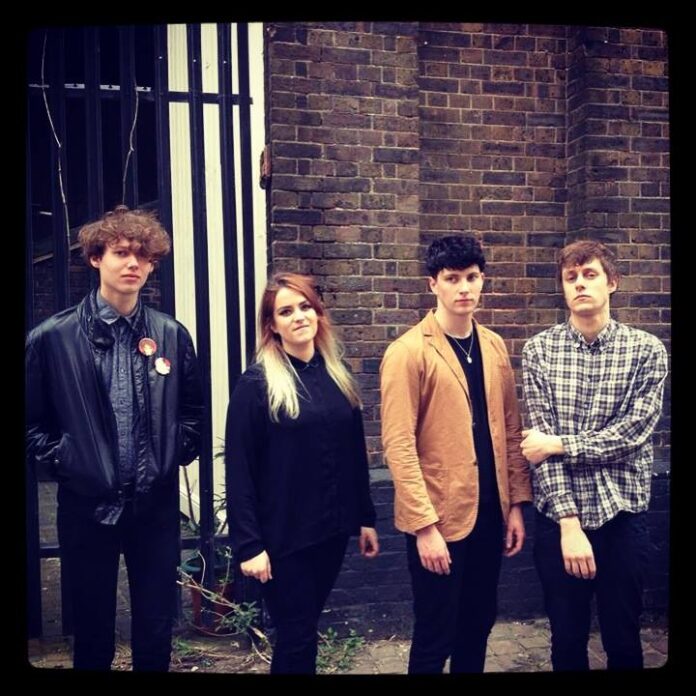 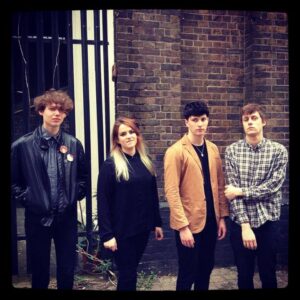 Forming in 2012 The Art Club have taken the fast lane into the music industry. With their post-punk sound and nasal vocal resonating dreamy romantic lyrics, they seem to recreate halcyon days, transporting you to a lazy summer’s afternoon.

Check out their single, Lets Start Again and keep your ears open as some new tracks are on their way. And by way of an introduction, here Abi Gillibrand chats to guitarist and vocalist David Murdoch.

Louder Than War: Can you tell us a little bit about the band’s history?

I started it in my bedroom in Morecambe and from there recruited friends to join.

You give a post-punk, raw feel to your songs, is this how you originally set out to sound like?

Kind of, I think the sound has changed a lot since starting the band. Now they have much more of an edge especially live.

What is your creative process when writing songs?

A lot of the songs are based on personal experiences so lyrically go from them; I never just try and write a song they mostly come to me whilst on a bus or shopping?!

Was it easy getting your music heard?

Morecambe seems to be like the East London of the North! When starting out did you find it to be competitive with bands, such as The Heartbreaks, spawning from the same area as yourselves?

Not at all. They are very dear friends and, through this, love the same music. They have been going for a few years longer than us as well.

It’s nice that we have come from the same town as there aren’t many other bands on the same wavelength. It’s the kind of town where people shout “get a haircut” from their car and feel like they’re in the comedy hall of fame for doing so!

You’ve moved to Brighton, is this a better place for writing, or is it like home from home? Do you seek inspiration from the sea?

I have always been by the sea and love it; I wouldn’t say it’s a better place for writing, as I said before the songs are based more on personal experience.

Who are your music influences? – I hear you hold Elvis in high esteem, are you influenced by any particular era?

I would say early ’70’s Elvis was amazing sequins and all! I really love Bruce Springsteen and take a lot of influence from him.

When I was younger I heard a band called Orphan Boy and they played a huge influence on my song writing.

I love your sunglasses in in the video for ‘Let’s Start Again’ do you have any main fashion influences?

No one I can think of, I do love my brogues.

You played in Paris last year, how did that go?

Very well. We made some great friends and are going again this summer I do believe.

Is it different playing there than it is in the UK?

Not really, there were people there that said they read about us and wanted to see us for months which I think was really nice, they really appreciate music out there.

What are your future plans, are you currently working on an album?

We now record our new songs in a basement, a very poorly lit basement, of a pub as we still can’t afford a studio. That said our producer Mike Bisset is incredible and we have some very exciting singles in the pipeline, we have no album plans yet so just going to keep playing live for a bit.

The Art Club play Green Door Store, Brighton on 5 May.