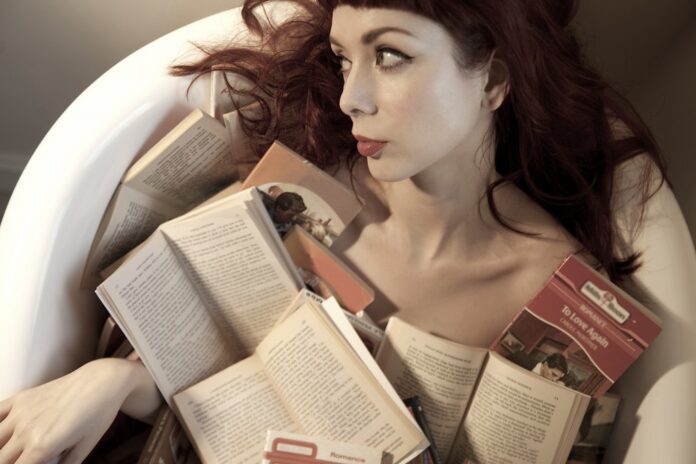 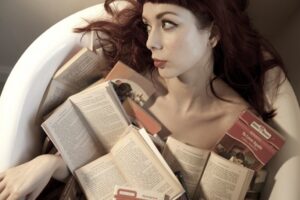 As the single, You and Only You, from her forthcoming album premieres we catch up with The Anchoress (Catherine Anne Davies) and Paul Draper, whose vocals appear on the track and who worked with Catherine to co-produce her debut record.

LTW editor Sarah Lay spoke them about You and Only You.

“It’s quite a personal song for me. I wrote it for my friend, she had a massive brain haemorrhage and was really very ill for a long time and then end of her ten year relationship and it was sort of a song to her, saying ‘you know what you should probably be on your own for a little bit’.

“That’s where it started from; that sometimes it’s not about being with someone else it’s about being alone.”

Multi-instrumentalist, songwriter, author and producer Catherine Anne Davies is talking about the background to You and Only You, the new single from her forthcoming debut album Confessions of a Romance Novelist.

Following on from teaser track Popular the new track is a lush layers of synth a-top a pulsing beat and where Catherine’s rich vocal is complimented by the operatic indie-wail of Paul Draper of Mansun. Draper has co-produced The Anchoress’ debut (and she’s now co-writing his own solo album, due in 2016) and lends vocals to You and Only You.

Catherine said of Paul singing on the track: “Bringing in another voice is interesting as it took on another meaning.  It’s kind of weird having him sing it with me but it meant it evolved as songs should do, it became about other things.”

“This version of the track is one of the few incarnations of the song that evolved over the elongated period of making the record. It’s probably representative of how the whole record evolved, becoming more collaborative toward the end, so it seemed kind of appropriate that Paul would sing on one of the songs.

“I think it’s version five of the song or something. There was an original version that was very string-based, a lot of organs and pianos, then we ended up taking all the strings off. On the EP there will be all the different versions so you can hear the evolution of the track.”

Paul adds his own experience of recording the track: “It started off very lo-fi with lots of strings, then we did a mix with a full orchestra and then we thought let’s just go back to making it a guitar track so we took all the strings out.

“It was a big round the houses to get back to the start on that one. But it worked out, didn’t it? But there’s always a track on every album, the tough one to do. By far the one that just would not finish itself.

“Every album has a track like that on it. With the first Mansun album it was She Makes My Nose Bleed. We re-recorded that about 50 times and it ended up being our first top ten hit.”

Catherine concludes: “You and Only You; that was the bitch.”

Pick up issue 2 of Louder Than War magazine from WHSmith or independent newsagents from 1 December for an interview with The Anchoress.

Interview by Sarah Lay. Sarah is Editor at LTW and you can find her on Twitter or read her other articles for Louder Than War here.