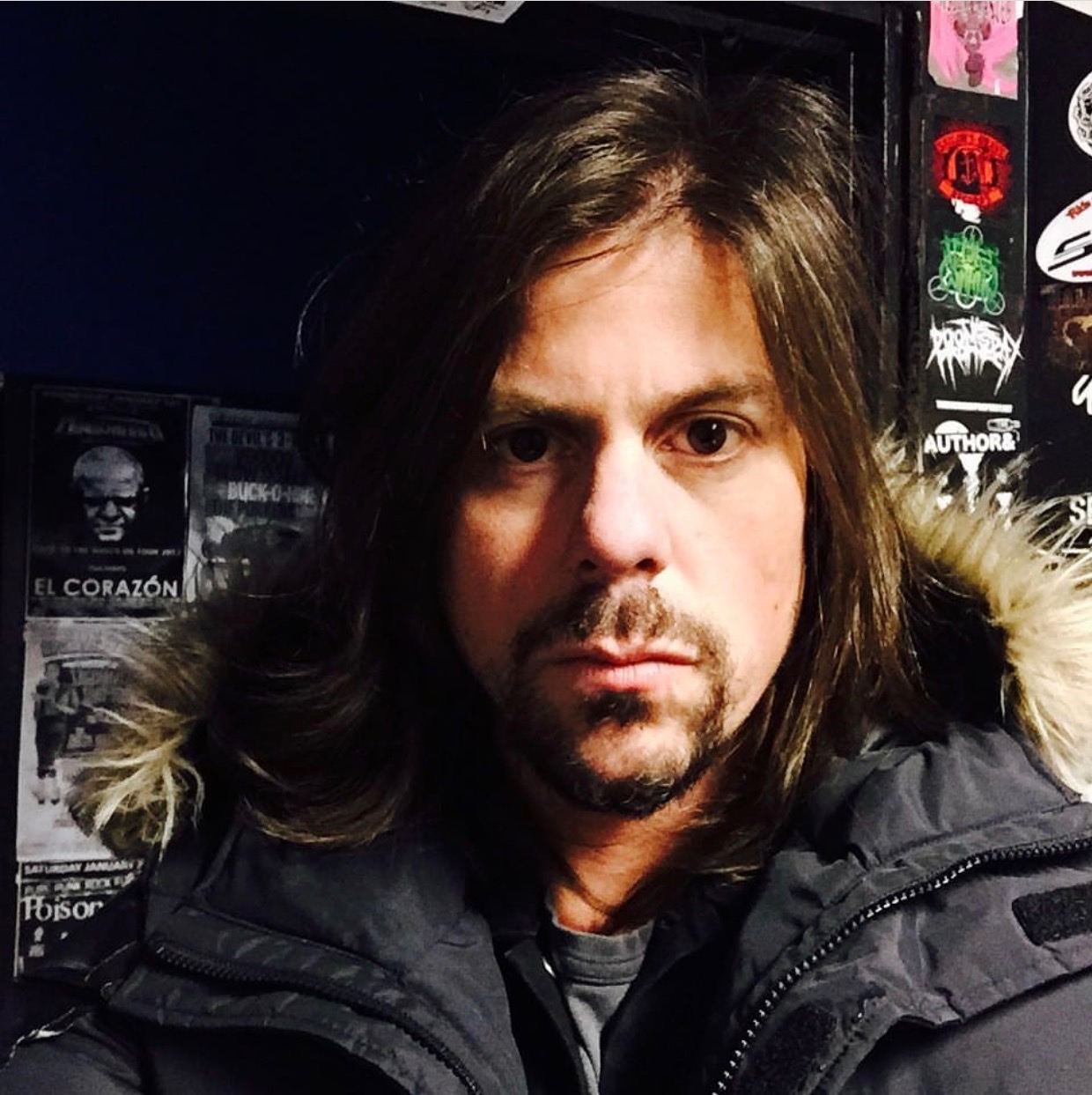 Thadeus Gonzalez, Oakland based metal/rocker already has a new single out called “Silver Inside” released by the Spectra Music Group, which is getting great reviews and airplay by the moment. He and his “active” band tour, record, and want to be the best possible rock images of themselves.  Thadeus has the whole package going on, looks, music, dedication, and the insanity needed to survive the industry. 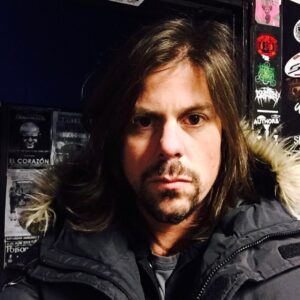 Band members include Thadeus on guitar, lead vocals, and songwriter, Scott Richards on bass and Robert Tucker on drums. With the success of the new single, “Silver Inside”, and a new video, “A Murder When I Sing”, these guys are well on their way to somewhere.

While practicing my Twitter skills, I just happened to come across Thadeus, listened to his music, liked his look, and decided that he was someone I needed to have a conversation with…
Louder Than War: when did you start doing rock n’ roll?

My first gig was in 8th grade.

Do you play live shows?

We play live frequent enough. We’re an active band. We like doing videos, we like going for things. We’re trying to play our Southwest by Southwest tour. We’re an active band but I think we would be more active if we could just search out things going on. We have to be selective with the gigs, for dates. We want to play good shows. We’re currently shooting a video for our next single.

What’s the name of that upcoming single?

That sounds like a title to a movie. So do you write all your music?

I do. I write everything and then I have a band that I teach it to. Actually, I have a band and a producer that I work with pretty extensively.

Do you have a day job, or do you do music full time?

No you’re not…if I had to guess a profession for you, I couldn’t have guessed butcher in a million years.

Yeah, that’s what I do. I work at a fish shop and I work at a meat shop. I work in two separate stores, one in Oakland and one San Francisco. I do that because it gives me freedom to go on tour, to leave and go play shows. I don’t have a specific job because I leave town a lot. I dabble at certain jobs, certain shifts.

You don’t look the butcher type.

Well, I always wear a beanie when I’m at work because I have a lot of hair.

What thrills you about performing live?

I enjoy playing live, but I’m trying to get the best version of myself that I see in my head. When I picture when I was a kid and I see all the rock stars, I want to be like that, but my own guy. I try to be that guy on stage, from when I remember as a kid. I think of Jim Morrison. I think of David Gahan from Depeche Mode. When you think about all these rock stars, I wanna be that guy on stage, but I want to be myself. It excites me to be the best version that I could be on stage of my authentic artist. Does that make sense?

It does. I’m glad you used the word authentic, everyone I interview from California does. I would’ve been disappointed if you didn’t.

We’re a bunch of weirdos out here, that’s why.

LA is different than Oakland. If I had said original would you have brought up that same word?

No. Everyone in New York says original.

I haven’t been to New York for a long time. I can’t wait to go back. Actually, I’ve been doing a couple of acoustic shows, because we had a big bus. It was this old tour bus,  but it broke down. Right now I am trying to work a lot of shifts for my job because I need to buy a new tour van. So I’ve got three acoustic shows up north and the one in LA acoustic and I’m probably going to go to New York and get three or four shows acoustic. Until I get a van I can’t take my band around. So going back to the question, do I like playing live, there’s always stuff going on. You’re always working for the next goal. We have goals that we want to do. We wanted a record label, we’re on the Spectra Music Group’s label, and we want to get a booking agent. So there’s always goals. We’re still only two and a half years into the band, and we have two albums out. We’re pretty young. It’s work.

What made you decide that you were going to be that dedicated?

Well once I learned that skill, it allowed me to go other places. There’s not a lot of money in it, but there’s a lot of hard work, and I’m a hard worker.

Do you have a family?

I have a girlfriend, and I have two cats. She’s got a real job and is a real person.

You definitely have the look, the attitude and the dedication to make it as a rocker.

Thank you, really? I read this thing that said artists, especially on my level get so much rejection from everybody. It’s hard to get a gig, so you have to be kind of nice to artists because we are really struggling most of the time.

I agree with you, artists do struggle. There are hard times out there.

Especially with the climate of everything going on in the world. There are good people out there. Those are the people I want to be around because everything is really cantankerous. That’s my word right now, cantankerous. We have kind of a big show coming up this weekend, and my partner, who’s my bass player, Scott Richards, he makes our intro music. He took some big Orchestra music, I don’t even know where he got it, the early 1800’s, or something. At the end of it, he put that “Fire and Fury”, that Trump quote. He put it in there making reference to the band. He says “You’ll feel fire and fury the world has never seen”. We are all anti-Trump. We played it last night at rehearsal, and we’re all kind of questioning it. We are questioning whether we should play it, but we are trying to use it in the context of the band being a “Rad” band. It works out, but I think we might not play it, because of the fact of Trump. We need to think about it. At first, it seemed really exciting and current, and it became like “wait, we don’t want people to think we’re supporting Trump”. That would be awful. We’ve got a bad guy. Jimmy Kimmel said, ” All the Trump supporters realized they made a bad decision like when you put Star Wars wallpaper in the kitchen”.

I thought that was the funniest thing ever.