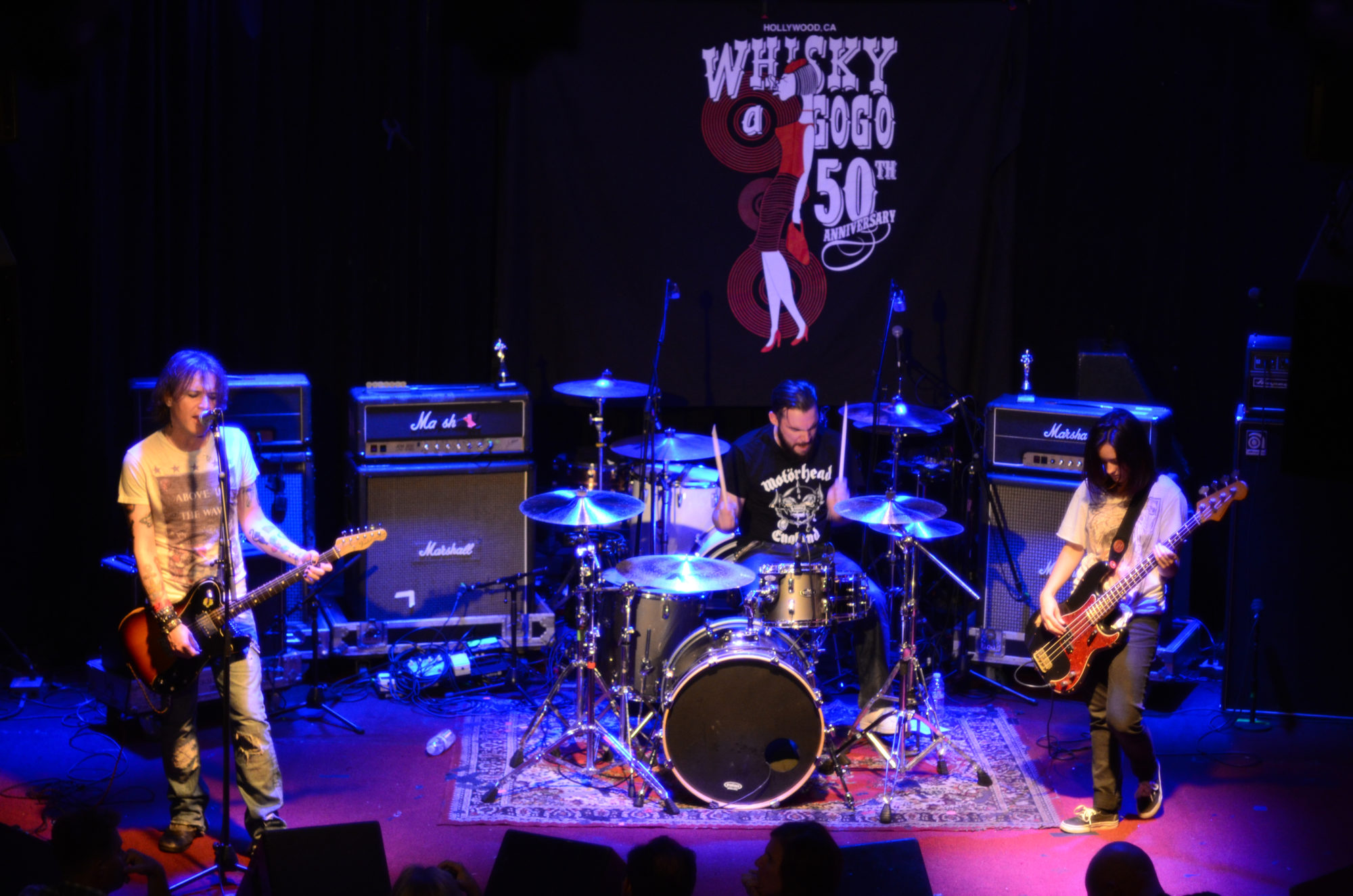 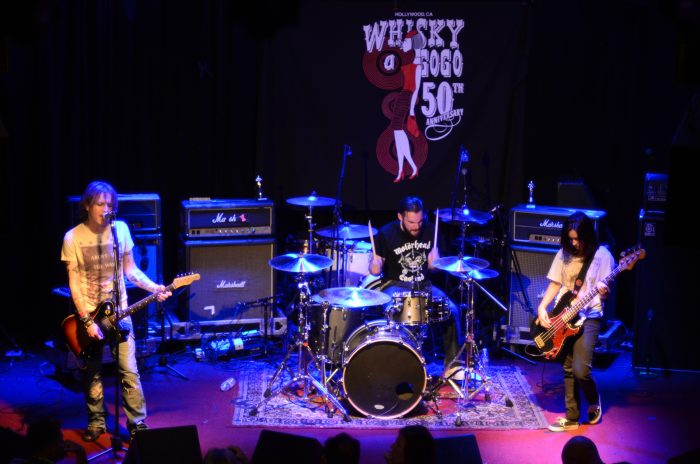 Newly released, “Thugs They Look Like Angels”, probably one of the catchiest album names I’ve ever heard, by the French based trio TALIA, is a 10 track, high energy explosion of talent. The trio consists of Alice Thomas, on bass and vocals, Herve Goardou playing the drums, and Nicolas Costa on lead vocals and guitar.

They have opened for artists including: Soul Asylum, Catfish and The Bottlemen, Lonely the Brave and Reverend Horton Heat. Louder Than War caught up with the trio in hopes of getting to know them better
Louder Than War: “Thugs They Look Like Angels”, is an amazing name for an album. Who thought of it and why?

Thank you! The words are taken from one of our songs “High Strung”. The song is about getting in trouble, especially at night, with people who don’t look like they could be so vicious. We always liked the title “Girls they wanna have fun”. I guess it’s our version of it.

How much fun was it supporting Soul Asylum at Whiskey a Go Go ?

It was great! The crowd, Jamie Butters (who booked us) and everyone at the Whisky, the sound engineers, the guys in Soul Asylum, everyone was so nice to us. It’s something you’d never think you’d do, when we walked on stage we were not even frightened because the thing somehow felt unreal. It was great to play with a band that had such an impact on us when we were teens. It was nice to see them in America too. We’re not used to seeing bands there. We’ve seen maybe 2 or 3 shows outside of France and the atmosphere is different.

Your music is high energy and fun. What are some of your song inspirations?

The town is something you hear a lot about in our songs. Most of the lyrics were inspired by the life we live in Paris. Sometimes it can be ugly. Sometimes it’s just the way we see things around and sometimes we make up stories about it. American Bride is about L.A though but seen through the eyes of a French person.

It’s more about the venues or the cities. We’d like to play in L.A again, in New York, in London…

What genres do you identify with?

We grew up in the 90’s – it was the end of “hair metal”, grunge was huge, and bands like Red Hot Chili Peppers and Rage Against The Machine were huge too, so we were listening to a lot of different things and some records that our elders were listening to like The Police, The Sex Pistols, Led Zeppelin, Motorhead…

That said, there are bands we listened to but we could never play their music. We’re big fans of Metallica, for example, but I don’t think anyone can hear it in our songs. Let’s say that the bands that had a really big impact on the way we sound are Hole, Nirvana, Soul Asylum, Baby Chaos, Greenday, etc. That’s not the only kind of music we listen to but when we play we tend to sound more like them than heavy metal or country music.

Is there a song on the new album that you especially enjoy performing live?

“Johnny Bait” probably… It has this laid back feeling.

Do you plan on touring in support of the album?

Yes, definitely! We’re scheduled to open for Nashville Pussy in France in 2017 and we’d like to play in Europe and go back to America too.

What’s next for the trio?

We’re going to start working on the next record, and keep playing live.

For further information: www.tailarock.com and they can be found on Twitter.