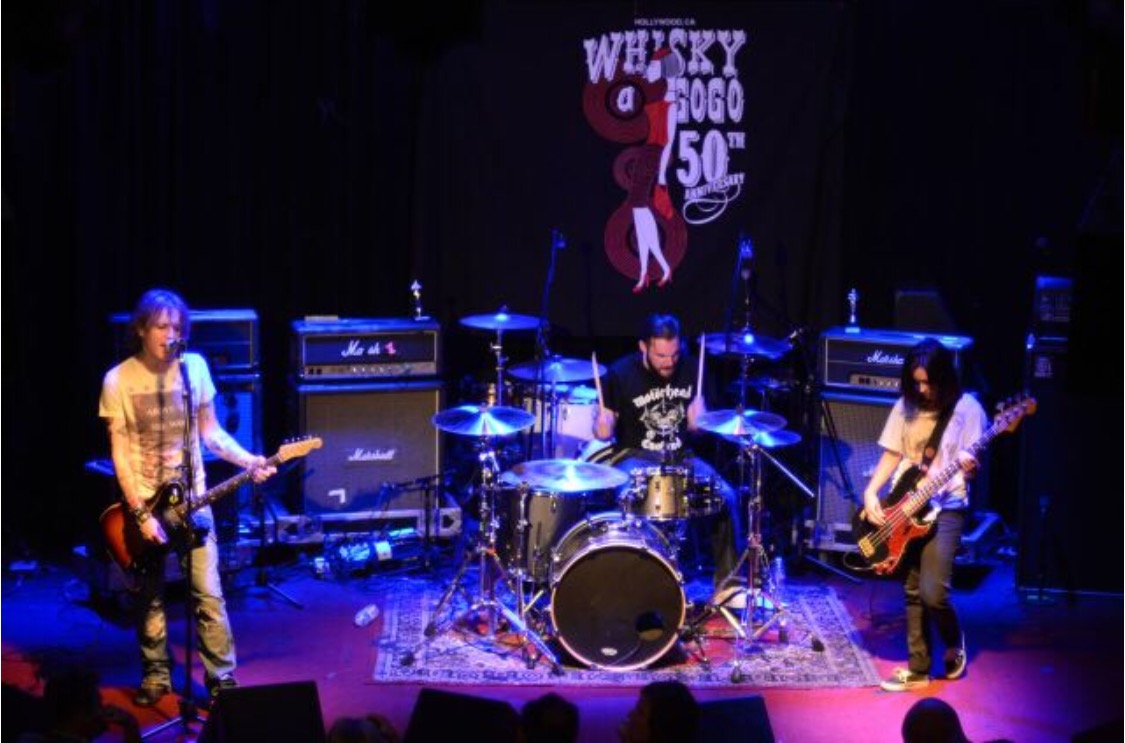 Making some US appearances, French based group “TALIA” is currently touring California, and is very excited to do so. Their sound is similar to “Hole”,  “Pixies” and “Nirvana”. 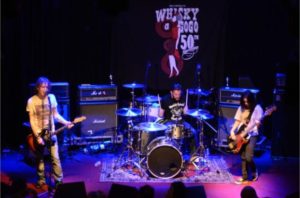 The 3 piece band contains, Alice Thomas, on bass and backing vocals, Herve’ Goardou on drums and Nicolas Costa on lead vocals and guitar. They have opened for artists such as: “Soul Asylum”, “Reverend Horton Heat”, “The Bottleman”, and has appeared in the French edition of Rolling Stone.

I spoke with Nicolas Costa in depth about the French music scene, their current tour, their plans to record a brand new album this October in Chicago, and the current album, “Thugs They Look Like Angels”. Although French, I was very surprised at the fact he had absolutely no accent, and I had to find out why…

Louder Than War: So you’re based in Paris? Why Paris?

We grew up there, I was born there. I’m French, we are all French. We have family in LA, so we’re here quite often, but we were born and raised in France.

Where is your accent?

I learned with my family. Some words are a little bit tough for me.

So how is the Paris music scene different than LA?

To be honest with you, Paris is really boring when you’re in a rock band. Not a lot of places to play, not a lot of venues. It’s not like the crowd here in LA, that’s why we like it here. We’ve only played in LA, but we are going to play in San Francisco and the Bay area in a few days. What’s really cool about America is that the crowd is really enthusiastic, cheering and everything. People in Paris seem a little bored. Paris is a nice city but for a rock band, it’s pretty hard. We’d like to stay in LA and start another career.

So you’re touring California? When will you be coming to New York?

Yes in California and tomorrow we’re going up north.  We’d love to come to New York, the East Coast, but I believe we won’t do that until next year. We’re thinking about it.

I love the title of your album, “Thugs They Look Like Angels”, who thought of that?

I did. It’s actually a line from one of our songs called “High Strung”. I think it came to me maybe through the Cyndi Lauper title, “Girls Just Wanna Have Fun”. It’s my version of it. I listened to her when I was a kid. It stuck in my head somehow I think, and then I came up with this line, Thugs they look like angels. We thought it was a really good line and name for the album.

I want a T-shirt with that quote.

We eventually thought about printing T-shirts but the thing is we ended up with a bunch of black shirts with  TALIA  written on it and it was really ugly. So, we won’t do any merchandising for a while.

Who writes your music?

I do. I write most of the music, the lyrics, everything. I know the drum patterns and baselines and we go to rehearsals. I show them to the guys and then they play it their way and make it better.

What inspires your music?

Musically speaking I think our music is a mixture of what I liked as a kid. I use to listen to  Guns and Roses, then grunge came out. I was really a big fan of Nirvana and bands like that. I guess we’re stuck in between these two genres. I don’t do for example guitar solos because I’m too lazy to learn them, but at the same time I try and come up with guitar arrangements and riffs that are way more complicated then Kurt Cobain used to do. So I think we’re stuck in the middle of these two things.

Where do you hope to be in 5 years?

In five years we would love to move to LA for a couple of years. We are going to record with Steve Albini in October, in Chicago. He did songs with Bush, Pixies, Cheap Trick, and bands like that. So we’re going to do a record with him. We’re seriously, seriously thinking about moving to LA. for a couple of years, and try and play here because to us everything here is better in America. France really sucks when you’re in a rock band. You can’t imagine what a nightmare it is to play there. If I could have a wish it would be for my band to be playing in LA for at least two or three years. We’d love to travel too because I’ve only seen LA. We know people there but it’s the only place we’ve seen in America. I’d like to go to the East Coast to see New York, Boston, Philadelphia.

If there is anything that you could tell your fans or followers, what would it be?

Without people you’re just playing for yourself. Basically thanks, and tell your friends.

I’m still having a really hard time thinking that you are French,

Cool, that means I’m improving. Sometimes I have trouble because I don’t write in French, I write in English. I don’t translate so sometimes it’s hard for me to think about sentences and images. So if I don’t sound French it’s a compliment for me.