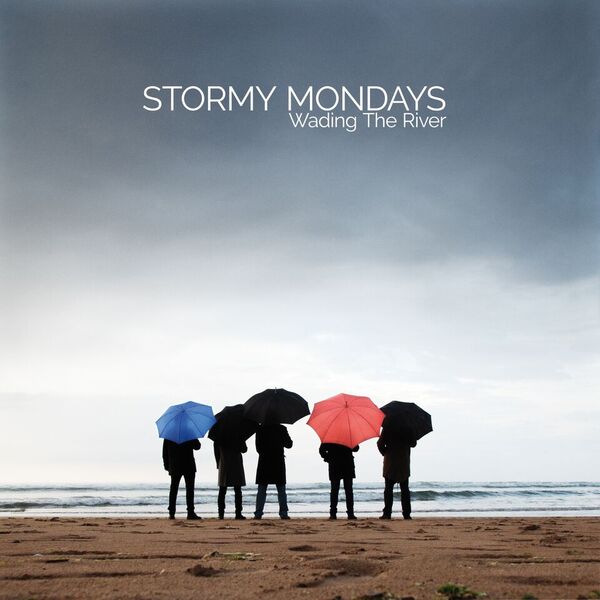 Stormy Mondays, the band who won NASA’s space rock contest, ensuring that their music will be played on board the Space Shuttle, “Endeavor”, has recently released their double EP: Wading The River/The Lay Of The Land.

Hailing from Spain, Stormy Mondays, are a rock/folk band, not far removed from that of “REM”, “Van Morrison”, fused with a taste of “Bruce Springsteen”. They have played “Woodstock”, jammed on stage with both Springsteen and Guns N’ Roses, and have collected many other stories in their touring repertoire.

Louder Than War shared their experiences and their music.

Louder Than War: Your music is like being on a rainbow carousel filled with unicorns and fairies, why the name “Stormy Mondays”?

Thanks! I like that image! Well, everyone has been a depressed teenager once in their lives. Our first record was titled “Rainy Days And Broken Hearts”, so the band name really made sense at the time. It still makes sense to me today! As for the actual naming of the band, we just used the same trick that the Rolling Stones used, way back when: we took the name from a blues tune.

For a bunch of boys from Spain, how did you become so American sounding, infused with a little Irish, ( Dixy’s Midnight Runners),  and a touch of REM?

We come from Asturias, in the North of Spain: a rainy, green stretch of land between the mountains and the sea. There’s no flamenco nor bullfighting here! Musically, we are in a privileged position that allows us to soak music from both sides of the Atlantic Ocean. The musical roots of our homeland are Celtic, so that gets added to the mix as well.

A song for the astronauts, that’s a really big honor……how did you even discover such a contest to begin with, and who wrote the winning tune?

I wrote it myself. I had been following on Twitter a few astronauts that were posting pictures from the International Space Station. Just by random luck, I read about the NASA contest. A song to wake up the astronauts… I knew exactly what I wanted to write about! Instead of a fictional song about light years, comets and galaxies, I wanted to write about the landscape that they get to experience every day: the aurora, the “earthshine” or the night lights of the Earth. And they get to see 18 sunrises per day! Hence, the title: “Sunrise Number 1”.

What inspires your songs?

I try to find my own personal connection to the lyrics, always hoping that if it rings true to me, it will resonate with somebody else. This time, the folkier songslent themselves to a more poetic lyrical style, which I really enjoyed writing.

What musical artists inspire the group?

We like to see ourselves as part of the rock and roll tradition. We know -and love- everything that came before us, and it’s our responsibility to take those ingredients and make something new with it. I know that our sound is classic, but it’s never retro or a pastiche. We always try to do put our own twist, do our own take on the music we love. Some favorites: Bruce Springsteen, The Band, The Waterboys, Counting Crows, Neil Young, Bob Dylan, The Who… The list is endless!

You use the Internet to get your songs “out there”, I’m kind of worried about you, how do you make money that way?

Making money is hard in every job. However, in music, there’s been a very fundamental shift: nowadays, no one pays money to listen to music they don’t love already, be it recorded or live. Our first order of the day is to get our music out there, and figure out how to make money with it eventually.

We’re not alone for the ride: the biggest artist of all times have all created huge losses for their record companies before they started making money for them!

However, there’s something more important. We make music because we want people to listen to it. That’s the main drive. If you make music just to make money, you have the wrong job!

When is your next tour and where?

We just finished our “Folk & Roll Tour 2015” across Spain, and are getting geared up for some Folk and Rock festivals across Europe this summer… fingers crossed!

The double EP is amazing and very different than anything out there now. Do you have a selection that you most enjoy performing live?

Thanks! We are so proud of the album that we’ve been playing all the songs off it. We are bringing 8 musicians and more than 20 instruments on tour, and we want to have fun recreating the songs of the album and taking them further. The best compliment we can get is “you sound even better than the record!”.

Thus far what do you feel like the height of your career has been?

Musically, the new album is a real highlight, for a lot of reasons: the songs, the instruments, the concept of the double EP, and the sound. Having it mixed by a heavyweight such as Mike Stavrou also made a big difference. Just to think that he’s responsible for albums by Bowie or McCartney, and he decided to work with a little known band from Spain!

What was it like playing with Bruce?  “Guns N’ Roses”?

Two incredible experiences. I’ve always been a Bruce fan, and I’m eternally grateful to Joe Grushecky, who had both me and Bruce as guests on his show. I’ll never forget that moment when Joe pushed me towards the center mic, to sing with Bruce. I have a big photo in my living room, and everytime I see it, I say to myself “Jorge, what the hell are you doing onstage with Bruce?”.

The Slash story is even better. We were 17 years old, and we were playing in the street, on a dingy stage, during our town’s annual festivities. Then everybody started to scream, and I heard someone say “Michael Jackson’s guitarist is here and he wants to borrow a guitar to play with you”. Michael Jackson WAS playing at the stadium that night, so there was a chance that it wasn’t a joke. But who was this guitarist? Tall guy, leather jacket, long curly hair and a TOP HAT? OMG it’s SLASH!!! We jammed for about twenty minutes and he disappeared into the night. We were so excited, we didn’t sleep for two days straight!

What does the future hold for Stormy Mondays in 2016 and beyond?

We want to get started on a new EP real soon, and dig further into the folk-rock sound of “The Lay Of The Land”. We also have all sorts of world domination plans, so with a little (or a lot) of luck, we’ll be hitting the US for some dates before the year is over. You never know…

For more information and a free download of their music: https://en.stormymondays.com/download/