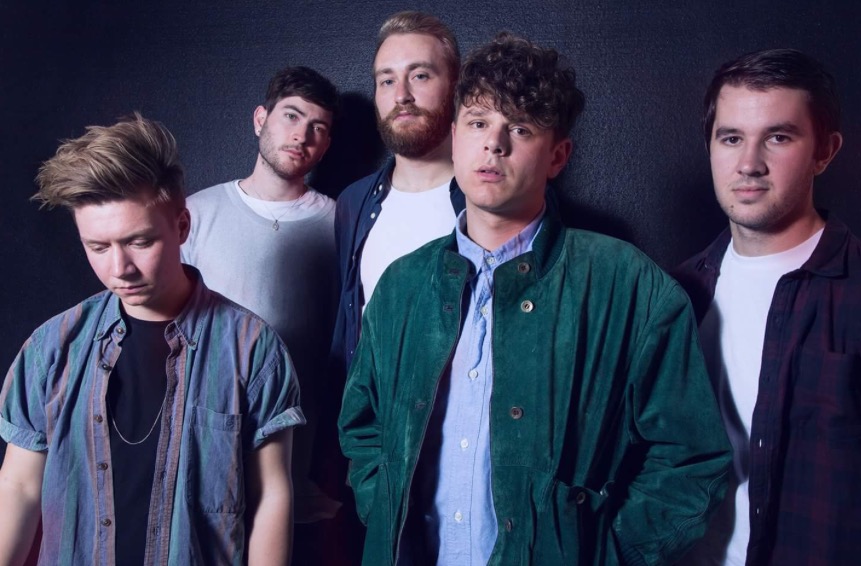 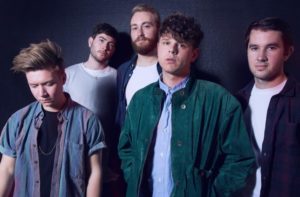 The energetic, indie group, FAERS begins the summer with a powerful new single, Everything You Know. The anthem is an explosive, and electrifying wanna dance to it, track. The group has gotten much support from the BBC, and will be appearing throughout the UK this spring and summer, including the Camden Rocks Festival.

Frontman, Steven Anderson-Howard, hand picked the band, whilst visiting the popular indie night club, Yuck, in Uxbridge, early  in 2015. After releasing their first EP Waves, they quickly began selling out shows in London and Brighton. The group is set to release new music late this summer.

Louder Than War spoke with Steven Anderson-Howard about the band, their influences and their future destiny.

Louder Than War: So, tell me a little about your band.

So we are a band called FAERS. We started about 2 years ago now. We all met at a club in Uxbridge, called Yuck, I saw them play in other bands and I thought that I wanted to start my own band. I hand picked each member, and that’s how FAERS came about.

Are you lead vocals? Do you want to introduce the other members?

I am, yes. You’ve got Ryan on drums, I’ve got Alex on bass, Morgan on guitar, and you’ve got Sam on guitar.

Where in the UK are you situated?

We are West London, in Uxbridge. It’s around the suburbs, not really Central, about 10 minutes from London.

I noticed that you will be playing at the Camden Rocks Festival, as well as some other places.

What type of music influenced you?

What do you enjoy mostly when playing live?

Performing, we love performing. We love the adrenaline, the nerves before, we love the party after. We love everything about it. If we could play every week we would. It’s important to pick the right shows at the right time. You have to make sure you get as many people down as possible, and that you’re playing the right types of venues. If it was up to us we would be playing every week, every weekend. We love it.

Do you plan to visit the US at all?

It would be amazing if we could do that. It’s a dream of ours to start traveling because we’ve mainly just stayed in England. To play outside England is next on the agenda.

Who writes your songs?

It’s a collection of all of us really. Me and Sam come up with the lyrics. We send the lyrics to each other all the time. One of us will have an idea, and will go to one of our houses and jam it out, take it to the studio and see if we can come up with a song which is the Faer sound. So it’s really a collection of everyone. Everyone takes their bit and brings it back to the group.

I love your new single, Everything You Know.

Thank you very much. We recorded that in Sweden which was pretty cool. It’s really cold in Sweden. Freezing. Our bass player Alex, knows a guy named Anders who works with Warner Bros. We did a few shows and saved up a bit of cash and went over. We recorded two songs with him. Everything You Know, which you’ve heard, and another one called Last of Our Kind, which will be released later in the summer. We hope with a video. So we went over to Sweden, and he was a great producer and he had a great studio. So we went for it. And as cold as it was, it’s expensive as well. If you are going to go to Sweden take a lot of money with you.

Hopefully with a few albums under our belt. Big shows, big festivals. We want it now, we’re excited for the future. We see ourselves doing this full time, not just weekends. We want to be playing some music to as many people as possible, for as long as possible. That’s really the dream.

If you could play support for any band in the world, who would you want it to be?

That’s a great question. We’d all have different answers for this one. Like I said before we are big fans of The Cure. There are so many. My mind is going into overload now, there are so many great bands we’d love to support. The Smiths if they ever got back together again. That would be pretty cool. I think that’s not going to happen.

If you could say anything to your fans, your fans-to-be or followers, what would you say?

To the fans we have now, thank you for supporting us and coming to all of our shows. They are the ones who make us believe we can do the bigger stuff and play the bigger shows. To the future fans,  if you can ever come down and see us, come down and see us because, it’s a great time. You’ll have a brilliant time. We are always trying to put on the  best show  possible.

Who thought of your name?

It was kind of my idea, but it’s the drummer’s second name. I just think it’s very different. It’s not like anything else.

Just look out for our new single coming out the end of summer, and look out, we will be playing a few shows in the North of England, later on in the year.

For more about FAERS: