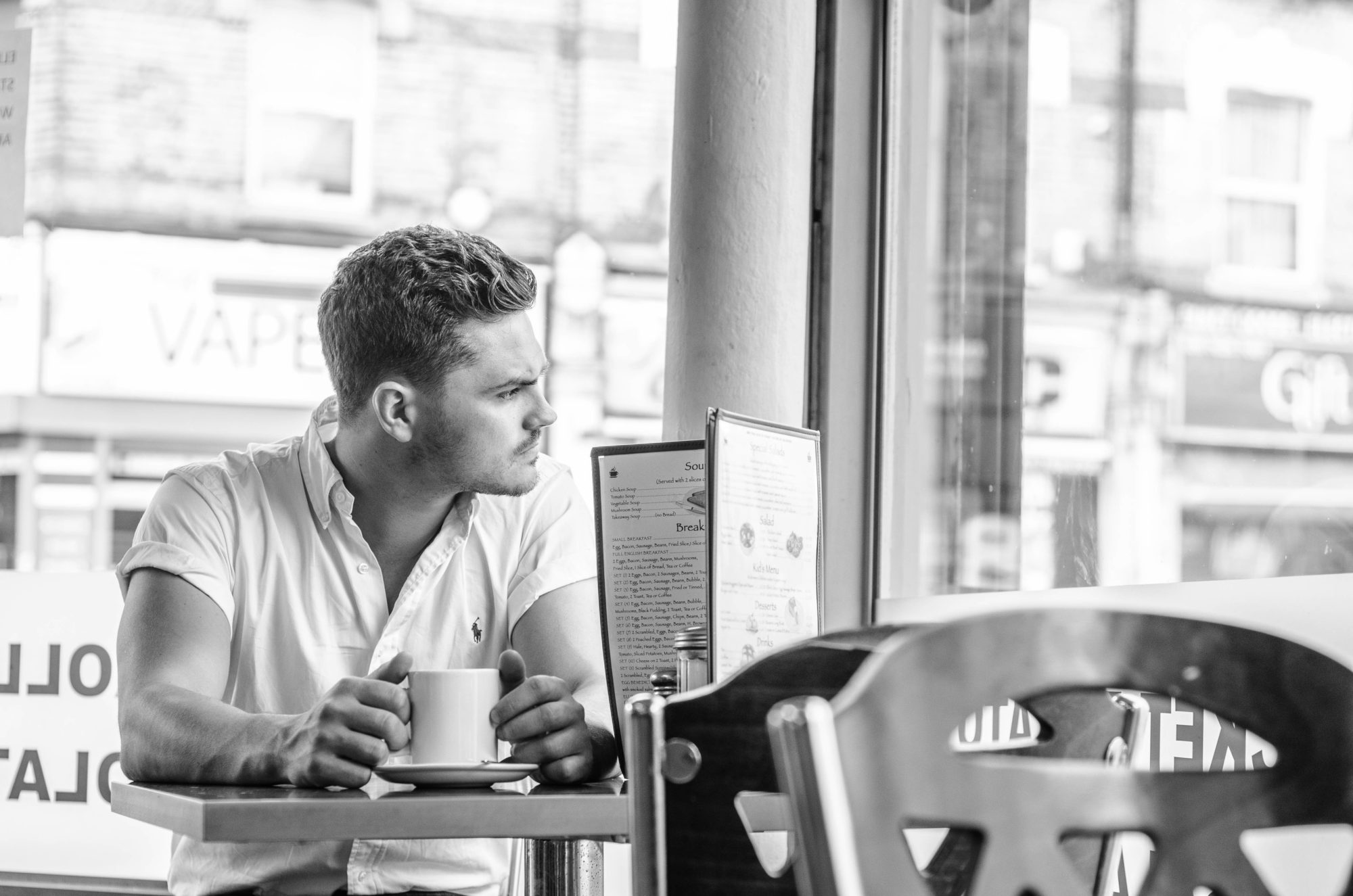 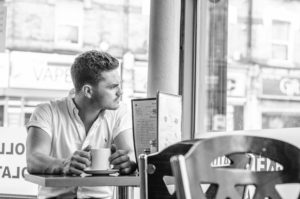 Stealth has come suddenly out of the town of Birmingham with an enormously huge and powerful voice, accompanied by some seriously, impressive, dark and relevant lyrics. His newest video, How Much Further, has just been unleashed upon the world.

Stealth has a mystery about him, something very deep and very dark, yet it seems imperative that you have to get to know him better. I was fortunate enough to be able to delve into a conversation with Shaun Smith, and was fascinated with what he had to offer.

Louder Than War: You are really, really over and above talented. The music from your new single, How Much Further, is very up-beat, however, I have a feeling the lyrics aren’t. What was the inspiration for the song?

I just kind of figured that at that time I thought about Theresa May, the recent government and things like that. She was talking about, “Just About Managing”. She called it the “JAMS” for short. We were constantly being told, “you’re not going to get another pay raise this year” or “we’re not going to fix those potholes on your road”. We have a deficit, and because we have such a deficit in the country, you guys have to carry that burden.

I kind of just felt like how much longer do we have to go on carrying on with that? And then with the lyrics in the second verse says, “am I going to have to pay for their wars, we choose to ignore our brothers dying of thirst” so it’s like, we can afford to bomb Syria, but we can’t home the homeless.

You should come to the US and try out Trump.

I’m quite aware that we have the better deal. People think that if you’re writing a protest song it’s got to be moody. Protest songs don’t necessarily have to be down in the dumps. Me, I wanted to give the government more of a bloaking.

So, you have a big, unique voice, you’re cute, rebellious, you’ve got the whole package, why aren’t you a household name?

I keep asking myself the same thing. There are hundreds of people that are as equally as talented as I am. It’s just a struggle. What I found is, good music will find its way through. I’ve been finding that. I don’t think it’s too much longer before I’ve got a real achievement underneath my belt. Part of this is, you have to go through this, to make it worth while, really. You definitely got to pay your dues. You got to make it work anyway you can. At the moment, I’ve got my own label, I’m just trying any which way to continue to be creative, and avoid a real job.

How does your personality reflect in your work and music?

It’s quite funny actually, to me it’s therapy. I’m quite loud, which comes across in music, I’m quite out there and extroverted, but at the same time, I’ve had battles with depression. I think everybody in the music industry has, it’s not a job that lends itself to anybody that is sane. At the same time, I can be quite moody, quite dark. So, to me, music actually speaks more about who I actually am, rather than what people see. For me music, I can really get to the real me, what I actually feel rather than that I have to put on a show, because that’s how I feel everyday of my life.

When did you start singing and writing?

I started singing when I really young actually. Not professionally or anything, but I did make noise that was in tune around eight or nine. I went to school where we had to sing hymns, and my music teacher said I could sing. I did in high school as well, which is quite nice. I had a deep voice for a kid. I didn’t really start writing until I was about 17 or 18. I didn’t have anything to write about. I mean that’s the big thing for me. If I have something to write about, I really wanna write. Until that point I didn’t have any writing articulating out there.

How do your lyrics come to you? Could it be when you’re driving alone in the car, or randomly during the day or night?

The worst thing in the world is the fact that you can’t use your phone in the car. Every time I’m in the car, I’ll be driving, I’ll be listening to a discussion radio channel, political radio and stuff For example the other day someone said, “I wanna sugar the pill”, I thought “that’s going in a song”. But I had no way of writing it down, do I just have to shout to somebody that’s next to me, “come write it down now”.

As well, I do a lot in the middle of the night. I wake up with an idea and I know if I don’t write it down, I lose the memory. The biggest problem with creating is it’s very difficult to just go write. I can’t just sit down and say, “I’m going to be creative now”. It just has to happen, and you just gotta go with it. For me it has to come from somewhere, I have to feel inspired.

Growing up, who inspired you musically?

Elvis was my first massive record obsession. I use to dress up as him sometimes as a kid.

You look a little like a young Elvis actually.

I don’t quite move like him, yeah, I listened to that sort of stuff. Then as I got older I looked into the people that Elvis use to cover, like Hound Dog originally by Big Mama Thornton. Then I started listening to Howlin’ Wolf. I massively got into blues music, very young. My dad was very into The Smiths, Morrissey, they could be quite dark at times. Then I listened to The Arctic Monkeys. I noticed how all of those writers how direct they were. I’m not a big fan of metaphors. If you feel a certain way, just say it as it is. I took a lot of influence from them.

Is there an experience that has changed the trajectory of your entire life?

I like to say it hasn’t happened yet. There’s been loads and loads of tiny little steps, not that one moment yet.

Having enough money to put on a proper show. I’d like to do some Kanye West. Kanye West is a huge idol of mine. It’s one of the guys I don’t know if I want to meet, if you wanna meet your heroes. That’s a really good question. I just want people singing my songs back. I want them to affect a whole room of people. When they start singing your song back to you, that’s the moment you know that you’ve made your fantasy.

Will you be touring? Any chance of you coming to New York?

I’d love to come to New York! I want to do America because I feel my music is more American facing. My worries is I may be a small fish in a big pond, over hear I’m a medium sized fish in a relatively small pond. New York is my favorite city actually in the world. We’re just kind of sorting out live really. I love to tour, and I want to tour, I think at the moment if I went to the US it would have to be a support tour. We’ve got a few things in the background that I can’t say too much about.

If you could say anything to your fans and followers, what would it be? Where would they find your music?

I would say Spotify. Mainly because you have a playlist on Spotify. You can hear all of my stuff, like the the songs on my first CD, Judgement Day, I Don’t Need to Know.

Judgement Day is such an amazing song.

It’s the first one I actually did. I also got my Stealth’s pick playlist. It’s got everything I’m listening to currently, if you want a real feel for what gets me up in the morning.

Is there a musical passage of song that never fails to evoke some emotion?

Need Your Love So Bad by Fleetwood Mac. That song for me is the perfect song. It’s just a beautiful, beautiful song.  You can feel everything he’s singing. It’s my favorite Fleetwood Mac song.

I’m really, really glad that everybody is enjoying what I put out. I was sitting  here a year ago saying, “I just wanted to do something that would make happy”, and I know in my heart I’ve got a good song now. People are reacting to what I’m doing, and liking my music. I think that I’m making people feel something. Liking the record and making people feel something, is the greatest thing I could ask for.