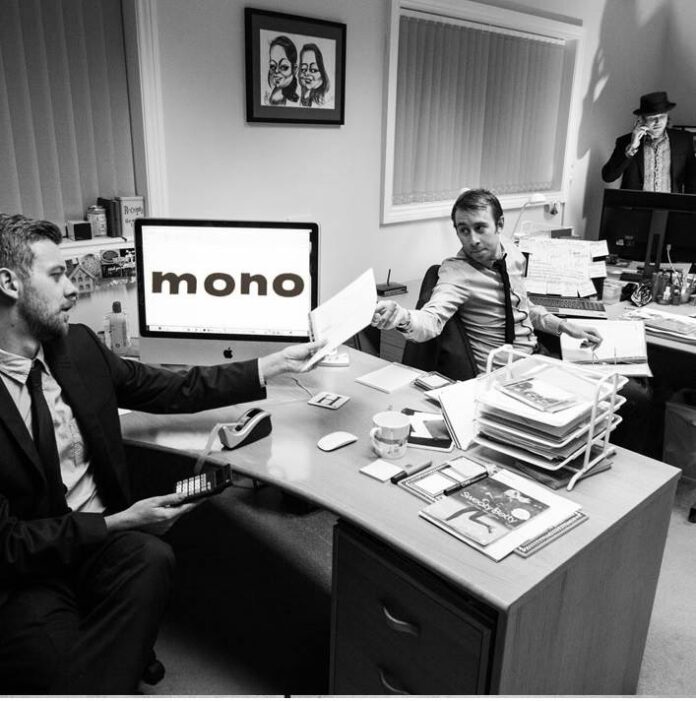 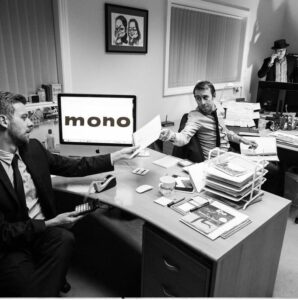 The Standard Lamps are on the rise. After successful opening slots with Wilko Johnson and The Who last year, they are now gigging steadily in their own right (see our review from their show at The Half Moon) and preparing their second album. Louder Than War’s Craig Chaligne met Mike Wilton (guitars, vocals) and Matt Bennie (drums) prior to an acoustic gig in Soho

Could you tell us about the band and its formation ?

Mike: Between me an Matt there’s about 50 miles so we meet in middle which happens to be Tunbridge Wells. That’s where most of our fanbase is a the present time. The band that was the “inspiration” for The Standard Lamps was another Tunbridge Wells based band called “Tom Williams and The Boat” which at the time we were starting had a lot of good things happening to them. They played at Glastonbury and in some really good London venues like Shepherd’s Bush Empire or The Electric Ballroom and they were played regularly on BBC Radio 6 Music. We had always been playing music but it’s the fact that we knew of a band on our doorstep that gave us the push. I had started writing for this project at the end of 2008 and I spent 2009 doing solo gigs. In 2010 we found a full-time drummer that unfortunately didn’t turn out to be full-time at all as he had issues committing to gigs and various other stuff so it wasn’t until Matt joined in October 2012 that the band became three people together rather than just me and whoever I could get.

Is it after Matt joined you and James that you started recording you first album “Sell Everything You Own” ?

Mike: That’s a bit of a difficult one. The first edition of “Sell Everything You Own” was actually done because the band was splitting up. The drummer was no longer in the band, the bass player’s partner was expecting a baby and I went back to doing solo shows. I said to the guys “I’m not having another band that doesn’t release anything, we need to get this album done”. The recording was a bit of a rush job and it wasn’t until 2014 that we started to think about re-recording with the new line-up.

So the version that’s available on the website is an entirely new version ?

Matt: Most of it.

Mike: The drums are new, there’s the odd new vocal and a couple of new songs. That version is the one that’s available on our website. The old one is not available any more, as I said earlier it was a rush job.

Would you say that it your profile started rising following your opening slot for Wilko Johnson at Shepherd’s Bush Empire last year ?

Mike: I think it’s a mixture of things that happened round the same time. The main turning point was when we supported Wilko at The Forum in Tunbridge Wells. He was doing 3 nights and we played on 2 of them. The 3 gigs were sold out so you’re playing to an audience of roughly 250 people each night. I went back after one the gigs to get a record signed by Wilko. I tried not to be true intrusive at that point as we all thought he was going to die and just had my copy of “Malpractice” signed. He was quiet but really nice, he signed my record and there was a lady sitting next to him who recognized me from being in the support band. I asked who she was and she introduced herself as Wilko’s Manager and said she had heard good things about us. She was there the following night and I gave her some CD’s and she called 3 days later to say we’d be opening for Wilko at Shepherds Bush Empire !!! In turn this lead to us opening for The Who on a few of the dates of their 50th anniversary tour at the end of last year.

After the release of the first version of “Sell Everything You Own” you put out three singles between July and October 2013, was it a way of keeping the momentum going ?

Mike: I think we’d have to go back to “Tom Williams and The Boat” to answer that one, that band turned over a new album within a year, so basically it’s friendly competition, they dig us and we dig them. I think Tom is one of the best and it motivates me to come up with new material. Our biggest influence is on our doorstep in Tunbridge Wells.

Talking about influences, is there any bands or artists that you feel had a particular influence on the songs you have put out up until now ?

Mike: In the writing part of the songs there is loads of stuff. On the first album, here are the ones that spring to mind : John Mayall (Eric Clapton period), Curtis Mayfield, Fleet Foxes…. There’s lots of influences as no song on the album sounds like another song on the album.

You cover a wide spectrum of styles on the album and on the singles ranging from power-pop to songs that have almost a rockabilly feel to them. The song structure vary also, is it also a result of outside influences on your work ?

Matt: Definitely. “Living With Mum And Dad” is a poppy song but it is a pop version of a samba. There’s also bits of jazz, blues even funk on the record.

Mike: When I wrote “The Cracks”, I had it down as very straightforward song but with Matt’s drums it evolved into a half-time thing.

Does the new line-up bring an extra dimensions to the songs that you maybe didn’t have with the first incarnation of The Standard Lamps ?

Mike: It was pretty much my demos : “That’s what the song goes like”. A lot of the first album is me dictating what I wanted whether it was the drum or the bass parts. Now it’s much better. We definitely try and keep it interesting for ourselves. I love a good, straight pop song but we know that if we get to a point where that song might be the one people wanted to hear, we might find it a bit boring. “The Trains Of Turnbridge Wells West” is an example of that. It’s a track that was written for the first album and that I had recorded with my dad playing trumpet on it. The idea was just to confuse our listeners a little. I think it goes back to the LP days where people would really think about what tracks they were going to put at the end of the first side so people would be left wondering what would be coming next.

You introduced a new song at your gig at The Half Moon and you’ve also just released a new EP entitled “Mono”. Is there any plan for a second LP ?

Mike: I’ve got the second album mapped out in my head. We have about 11 songs ready. There’ll be a few songs that people who bought the singles or the EP will know already : “Dim And Dismal”, “The Model World”, “Living With Mum and Dad”. I think it’s going to be a good one. We need to spend a full weekend on it and it should be finished. We’re hoping to have it out in November. Hopefully it will be picked by a label but if not we’ll put it out ourselves

Was the release of Mono a way to have some new songs out out to give you time to record the second album properly ?

Mike: It’s great for us when we play in a different town because it’s always going to be new to people. But our biggest pocket of fans remains in Tunbridge Wells and I cannot bear to have people there come to another Standard Lamps gig and hear the same set as they did the last time they saw us. We’ve also picked up a few new fans from The Who gigs, so it always nice to tell them that there is new stuff coming out soon.

Taking about the shows with the Who, you seem to have gone down pretty well with their audience…

Matt: A guy who bought a CD from us at one of the shows said he’d come a bit early to have a drink with his mates but he heard us playing, he rushed in to check us out. It was a really gratifying thing.

All words by Craig Chaligne. More from Craig can be found at his Author’s Archive.