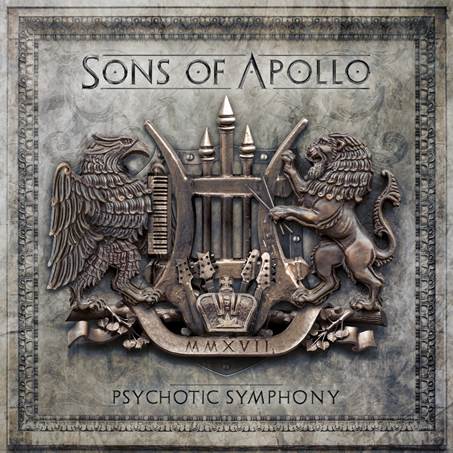 They’ve  just released the video for Coming Home from the album, what drummer Mike Portnoy believes  ” felt like the ‘grand entrance’ as soon as we wrote the song,” Almost like a fighter entering the ring. I knew this had to be the first video and first time people see us playing together. The video was shot at Ocean Studios in Burbank, CA, where we wrote and recorded the album. So you’re essentially seeing the exact place and environment that Sons Of Apollo was born”

We called up the very busy Derek Sherinian at Planet Apollo to chat about various things and in particular the new rock concept of ‘strategic wankery’.

He was literally “just home from a whirlwind express tour –  Paris, London, Berlin  – spreading the word from Planet Apollo!” although the five guys have already done a couple of short interview type clips that you can find online, which he confessed “seems to be the way of the present – the viral sharing and the way it is.”

Along with Mike Portnoy and Billy Sheehan, Derek previously toured together in 2012 and 2013 as PSMS (along with guitarist Tony MacAlpine), playing all instrumental versions from each of their previously recorded music. Sons Of Apollo seemed to be the next logical progression.

“Mike and I realised that after all those years of not playing together that we really had a chemistry and wanted to take things to the next level with a vocalist and a rock guitarist. Mike brought in Bumblefoot which was a perfect choice and Jeff Scott Soto came in. He was someone I admired for years and remembered hearing him way back in time. He has such a strong listenable voice and one of the things that Sons Of Apollo realised would be best was that the vocals would be listenable and accessible to a wide range of people. We wanted to stay away from a lot of the clichés in progressive metal like the high operatic things and the fake anger; the ‘I sound really mad but have nothing to be mad about’ hashtag anger! We just wanted to keep them really ballsy and rock.”

Both the band name and the band members were all part of Mike Portnoy’s famous lists – potential band names, potential people to work with…“You know what, every person who was on his list and was invited to join came straight away – it came together really organically especially when we played with Bumblefoot for the first time as we just got in there and it bloomed out into something we didn’t expect. It was supposed to be prog metal on paper but by the time we started throwing out our ideas and influences, this classic rock, hard rock beast came out of the writing sessions. We still used all our virtuosity and chops and the thing – ‘strategic wankery’ – was implied, which was what this record was based on rather than crazy overplaying wankery, but based on songs and strong choruses which  was what makes Sons Of Apollo separate out with each musician a rare hybrid of technique and feel. You can hashtag ‘strategic wankery’ – it’s the best way to describe what’s going on.” 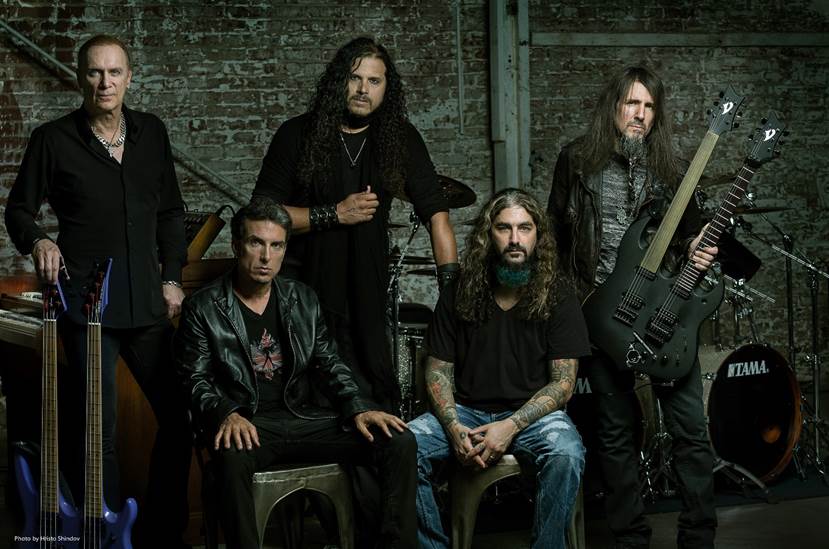 The respect for each other was quite a strong although when Bumblefoot talked about joining the guys he expressed some doubts about being able to be part of the band. “Well, me say that Mike and I are very strong and overbearing personalities and Ron is very softly spoken and laid back so I can see how he could have been taken back at first but once we got the instruments on everything else went out the window. That’s how the magic first happened.”

It’s a magic that has roots in a relationship with Mike Portnoy since the Dream Theater days when Derek was in the band for a five year period in the mid nineties. On working with Mike again he explained that “in some ways we’ve matured in the way that friends do yet he’s also like the same little kid as when I met him and thank God for that! He and I have a very tight relationship and we’ve been through a lot of shit. I mean he fired me from the band twenty years ago which was pretty traumatic at the time and we worked through that so that now in 2017 we’re here with a new partnership in Sons Of Apollo. He and I are just tight and something like that makes you stronger and confident in going forward and I’m blessed to have him by my side doing this. We both have the same work ethic and intensity that’s hard to find.”

“When Mike gave me the call I was ready to take over the world so when we went into the studio to gather ideas and compile riffs one song that was ‘as is’ was the album opener God Of The Sun. Mike thought it was so strong that he wanted it to open the record and I was extremely flattered that he liked my track so much. With that song, I had gone through a very turbulent decade in my personal life and  with my last solo record being in 2011 I haven’t really had an outlet to play, but NOW, going forward with Sons Of Apollo all of a sudden opened up this whole writing vat  that had been bottled up and God Of The sun was one of the first things that came out and I just think its an intense piece of music that covers a lot of ground and emotion in the eleven minutes and eleven seconds.”

There’s a chuckle at the other end of the line at the mention of one track that stands out which is  actually the shortest piece – the Deep Purple keyboard  influence on  Figaro’s Whore which serves as a sort of intro to Divine Addiction. “It was kind of my little solo showcase on the record that will be fun to play live once I go into that little piece it will be instantly recognisable. Jon Lord was one of the great rock keyboard players and the way he used the distorted Hammond B3 as it’s really easy to sound cheesy on keyboards if you don’t have the right sounds and you hear that a lot of the progressive metal bands today. I use my keyboards organically so it sounds real timeless so in twenty years from now you won’t hear me playing a sound that ties it down to one era. Everything I play is ‘real’ so you can feel the humanity.”

Psychotic Symphony was produced by the dynamic production duo of Portnoy and Sherinian, also affectionately known as “The Del Fuvio Brothers,” which is the nickname given to them over 20 years ago during their time together in Dream Theater. “We have a very sarcastic view,  paying to the British culture that we admire very much in your sharp wit! Mike and I and also Kevin Shirley has that quality and somehow we got the name that just stuck. Just an elite sarcastic group of people with an unfiltered – very unfiltered – nature.”

Sons Of Apollo will hit the road in 2018 for their first worldwide tour including a headline gig at the Be Prog! My Friend Festival in Barcelona in June 2018. “We’re already starting to plan for getting out on tour in 2018 and signed with an amazing manager in London who’s going to make sure that Planet Apollo takes this show all over the world – at least twice!”