Home Music Interviews Band Interviews Interview: The Smith Street Band – about to hit the road with... 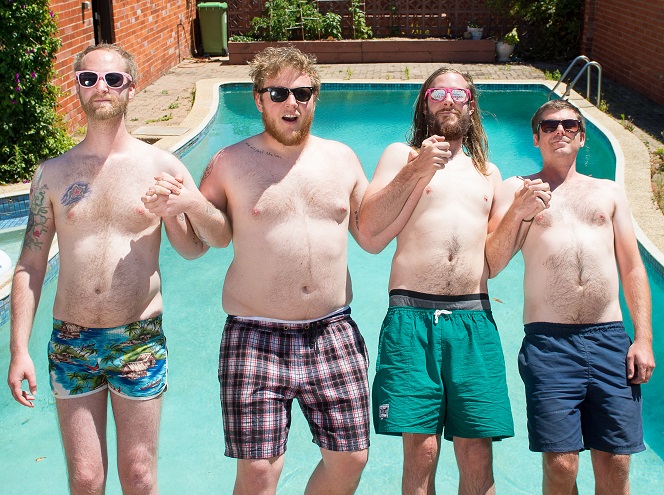 In late 2014 Australian’s The Smith Street Band released their third album ‘Throw Me In The River’ to worldwide acclaim, even cracking the UK’s Official Record Store Chart Top 40. They’re now over here in support of said album and are about to embark on a wee tour with Gnarwolves as co-headliners and the brilliant Drug Church on the undercard which, quite frankly, is one hell of a lineup. Prior to the first date on Thursday the band’s Chris Cowburn spoke to Louder Than War’s Dave Beech about that album, punk rock, and what their expectations of being on the same bill as Gnarwolves are.

Contrary to what people may believe, punk and folk are two genres which, at their roots, are massively similar. Both provided, and continue to provide, a voice to the voiceless, they represent the under-represented and, with the exception of hip-hop, are arguably two of the most blue-collar genres still enjoying relative popularity. With that in mind, it’s really of little surprise then that the boundaries of the two, whilst not blurring per se, are still becoming slowly entwined, at least as far as some acts are concerned.

One such act is Melbourne’s Smith Street Band, a quartet whose effortless fusion of punk attitude with folk aesthetics makes for some of the most uplifting and ultimately accessible music that’s ever stuck two fingers up at the establishment before. And whilst year’s Throw Me In the River definitely saw the band taking a much heavier approach to their song-writing than previous records, there’s still plenty of tracks driven by personal narrative, as well as those driven by politics.

As the band gear up to kick off their biggest UK tour, a co-headliner with Brighton punks Gnarwolves, Louder Than War caught up with drummer Chris Cowburn. See what they had to say below this “hot off the press” live video…

Louder Than War: Hi guys, thanks for answering our questions, could you introduce yourselves and tell us a bit about the band?

Smith Street Band: No problem! Thanks for asking us questions. I’m Chris Cowburn, I play drums in The Smith Street Band – we’re four dudes from Melbourne, Australia who play some sort of hybrid monster of punk / rock / indie / folk music and tour as much as we can and as far as we can. So thrilled to be coming back to the UK very soon.

Go on then, what’s the story behind the name? Is Smith Street a real place?

Smith Street is a real place – it’s in Collingwood, a suburb of Melbourne, where we’re from. There’s a pub on that street called the Birmingham Hotel. Wil used to live above it and both he and the full band played shows there in the early days. I guess we consider it the birthplace of the band, but they had a bunch of noise complaints, and now sadly don’t do any live music at all anymore.

How do the punk scenes compare between that in Australia, and those you’ve experienced around the world? Do you find it to be as unifying as it claims to be?

Awesomely, it doesn’t differ that much and I see a lot of similarities pretty much everywhere we’ve been so far. Obviously there’s cultural differences and the local environment totally shapes and for the most part positively affects a music community. But in general, if people are good and kind and doing any style of music purely for the love of it, then huge similarities will surely always be drawn. It’s been awesome touring both overseas and at home with a lot of international artists over the past few years and learning from them, but also realising how like-minded someone from so far away can be. Unifying is a great word for it.

Your sound’s pretty diverse, not immediately easy to classify, who would you say have influenced your song both your song-writing and general ethos as a band as a whole most?

Wil is our chief songwriter, and if he were asked this question, the answer would include a bunch of singer songwriters; the likes of Bruce Springsteen, Billy Bragg, Paul Kelly and Elvis Costello, coupled with a bunch of punk and hip hop – and I think you can hear all of that in his songwriting. The rest of us have a series of influences that I like to think match up to (and compliment) Wil’s writing style pretty well – definitely heavy on the ‘punk’ bands like the Replacements, Fugazi, Nirvana, At the Drive-in, but there’s a healthy dose of metal in there too! In terms of ethos I think we’ve all taken a lot from a band like Fugazi – they did shit on their own terms and in their own way, they were super creative, productive, positive and inclusive – which is exactly the sort of vibe we’d like to create! 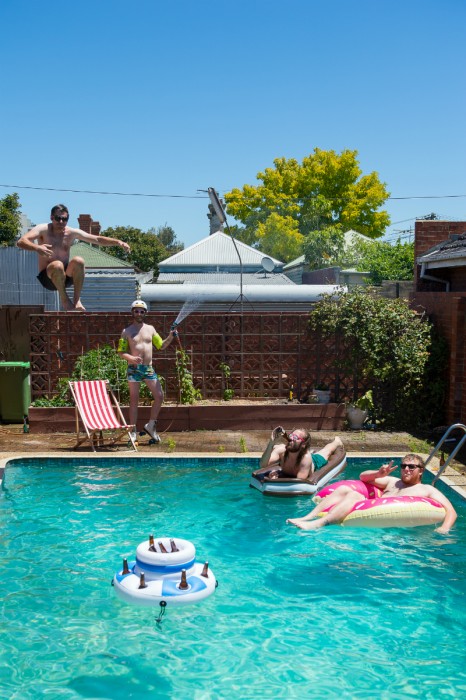 You released Throw Me in the River late last year, and it seemed to be a notable change from your previous to records, it feels much heavier and far more urgent, was this a concious decision?

I totally agree that it’s more heavy, and yeah I suppose it’s more urgent! Neither of those things were conscious decisions at all. Actually, Wil tends to write lyrics in a stream of consciousness sort of style, almost immediately reacting to his current world and what’s around him at that specific time. The songs turn out like a snapshot or diary entry of where he was at when he wrote it. So I guess thematically, the album is more urgent and heavier because he was in a darker place. Musically, we always want to push things and make them sounds as big as we can, and as I mentioned before, we’re fairly heavily influenced by punk and metal (Lee and Fitzy in particular), so I guess it makes sense that the album contains those type of sounds.

Speaking of which you’re about to kick off a co-headline tour with Gnarwolves. What can we expect from that?

I think it’s gonna be really interesting. I properly saw Gnarwolves play for the first time in Melbourne supporting our mates Luca Brasi a few months ago and was quite blown away by them. So much hook and melody and they all sing and play super well. Both them and Drug Church are perhaps a bit heavier than the sort of bands we would normally play with, but I really like that aspect of it. We’ll just be squeezing as many songs we can into the time we have on stage and hoping that people are up for partying and having a great time with us!

Conveniently, Frenzal Rhomb are in Manchester the night after yourselves, any chance you can stick around and play that night as well?

I got kind of excited then thinking that Manchester was the last show of our tour and that might actually be a possibility. Alas, we’ll be in Leicester that night, which I’m sure will be equally awesome! Everyone should go and see them though – lovely dudes, and a hugely influential Aussie punk band!

More and more bands are taking part in co-headline tours these days, how important do you think they are for bands of your size?

I think this might actually be the first co-headlining tour we’ve done. It’s obviously hugely helpful for a band like us, coming from the other side of the world and not necessarily knowing if anyone would show up in most places if we were just out on our own. Stylistically, Gnarwolves are pretty different to us, and hopefully a lot of different people like their band, who might like us, but haven’t seen us yet…and vice versa… so it makes a lot of sense!

Do you live up to the typical Aussie stereotype and like a beer? If I come to a show, what are you drinking?

As a band we are three beer drinkers and one weed smoker, and the two things are entirely mutually exclusive. I’m one of the beer drinkers, so I guess the answer is yes! First off, not Foster’s – we need to debunk that myth ASAP! Cooper’s Pale Ale is a pretty standard one for all us of, but more recently we’ve all been enjoying Mountain Goat’s stuff quite a bit… their Steam Ale and Summer Ale in particular. As far as local UK beers, I’m not really sure, but if our pal Lloyd from Bear Trade is around, I know we’re in safe hands.

Finally any exclusives or parting news you’d like to leave our readers with?

Just to say that we’re really fucking excited for this tour and can’t wait to see all our UK friends and hopefully make a bunch more along the way.