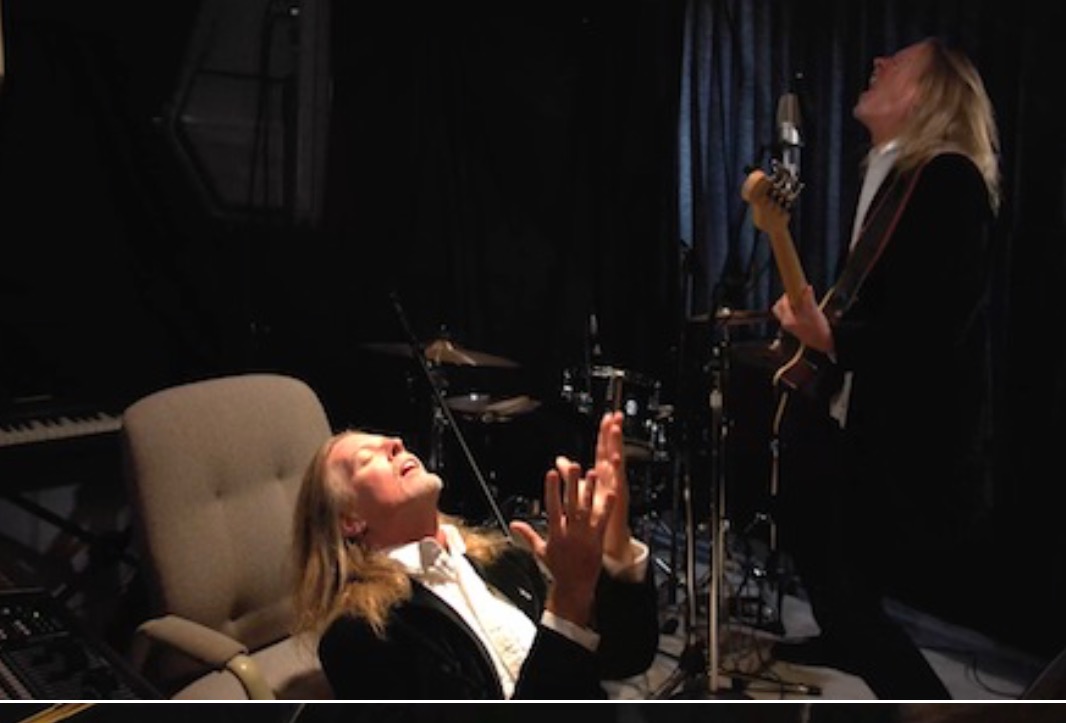 Unrelenting rants of frustration poured from the heart and mind of Christopher Sluka, a normally quiet, apolitical soul, translating into a verbal display of vexation, “My head is going to explode!! That’s me right now. I just cannot believe this guy in the White House…it’s absolutely crazy… there are hurricanes, there are wildfires, and earthquakes all over the place. We cannot escape this. The tweet storm is more powerful than any other storm on earth. It’s just insane, and now he’s picking fights with football players! The bully is picking fights with the football player! He’s making a mockery of our first amendment rights, freedom of expression, freedom of speech, sorry I’m just beside myself”. 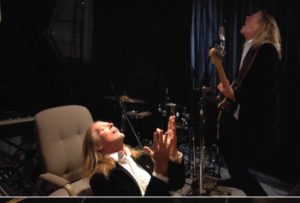 Rise, A catchy anthem to be released in video form on Friday, a protest or perhaps an answer? Often compared to Bowie, singer, songwriter, philosopher, visionary, Christopher Sluka recorded this anthem after a long distance run, still breathless, making his way into the recording studio. Prophetic and fearless, the words just filled his sense of reason, “Don’t preach to me, just sing your songs, and dance that dance, cause you’re GODDAMN WRONG.”

For those boundlessly trudging through their everyday lives feeling a cavern of quiet desperation, Rise is essential, possessing the compelling power to change the darkened climate we all face. The words of Rise must be shouted through the heavens, loud enough to quiet the silly, negative energy spreading across our planet.

Reminding me of a character from a modern day Great Gatsby, Sluka is an internationally known artist, plays almost every musical instrument known to man, and certainly every instrument on his recently released album, Colorful Radiation. He flies planes, any kind, is a long distance runner, and is probably endowed with more passion and talent than anyone is entitled to have in a single lifetime.

All ten songs will become part of a visual album shot in 3D and is set to be released as a combo 3D, 4K, and Blu-ray package on Amazon on November 3, 2017. It is currently available for pre-sale.

Louder than War: So tell me about Rise.

On Friday, the single Rise is going to come out on YouTube. It couldn’t be a better time, because of what it’s about. By the way it’s not about ‘Rise against’ or resist, I get all that… I’m the luckiest guy in the world. I get to make music, I get to paint pictures, I get to fly airplanes, run marathons… but I can relate to this idea to kind of rise as a species, and solve problems in a practical way, and not this divisive name calling. There’s a toddler out there screaming and we’re all pretending he’s not doing it. I’m trying to relate to these people that support these populist movements. Not just here. They are happening in the Philippines, in Europe, France and England and Germany… Come on guys, we’ve been here before. It has a really bad outcome usually! It’s not that long ago either. It really concerns me. We gotta ring the bells and let everyone wake up! Can you imagine Trump during the Cuban Missile Crisis? We wouldn’t be here to discuss this. He does have the nuclear codes. It’s like trying to change a tiger into a vegetarian or a bully into a diplomat.

I feel like you just have to ride it out, and hope nothing happens. It’s done already. Like what can you do?

I COULD SCREAM! I can scream at disbelief and agony and anxiety. It’s not going to solve anything. We can at least try to relate to one another. We are a social species. He got elected among people of our species that wanted the simple solution, there’s a lot of attention given to the so-called deplorables. But they’ve always been around. But the rest of us need not be so blasé about the world and our government, and dismiss it, like nothing ever gets done, my vote doesn’t count… We have to become a little more involved.

You’re not the Electoral College, so guess what, your vote doesn’t count.

So the only thing that you can do is continue to write songs and hope that they get big enough to make them matter, and have an effect on people.

I don’t know how much effect a song would have, but I do think that people hear things that resonate with them. They feel like they are not the only one that feels this way. Maybe it will motivate them to be a little more involved. Just to be kind would be nice. Just being kind to one another breeds some kind of positive direction. There is definitely an art towards a better world. That line let’s make America great again, I hate that. When was America ever great? I love America! I’m for American ideals, that positive idea of innovation, and life, liberty, and the pursuit of happiness. I don’t think it is something you obtain, I think it is something you strive for. I think America is better now than it ever was.

I don’t think he will do one good thing for America.

No, has he yet? No! The guy stumbled into the office, he has no clue what he’s doing. He’s hoping people tell him what to do. The ranting of a narcissistic ………, people falling all over him, but it’s the people that are drawn to that message really. I know a lot of people who voted for him and I have respect for them, but they had their reasons. A lot of the reasons were because they didn’t like Hillary, or the fact that both parties are bad, and Trump is more like an outsider who co-opted one of the political parties, and they liked that. My response to that is if you have a faucet that’s leaking, do you burn down the house?

It is a reality show. His little tweets take the attention off the fact that he’s not doing anything.

Visit Sluka on his website and see some of his videos here.