Home Music Bands Slim Jim Phantom: Drummer of The Stray Cats to Tour With The... 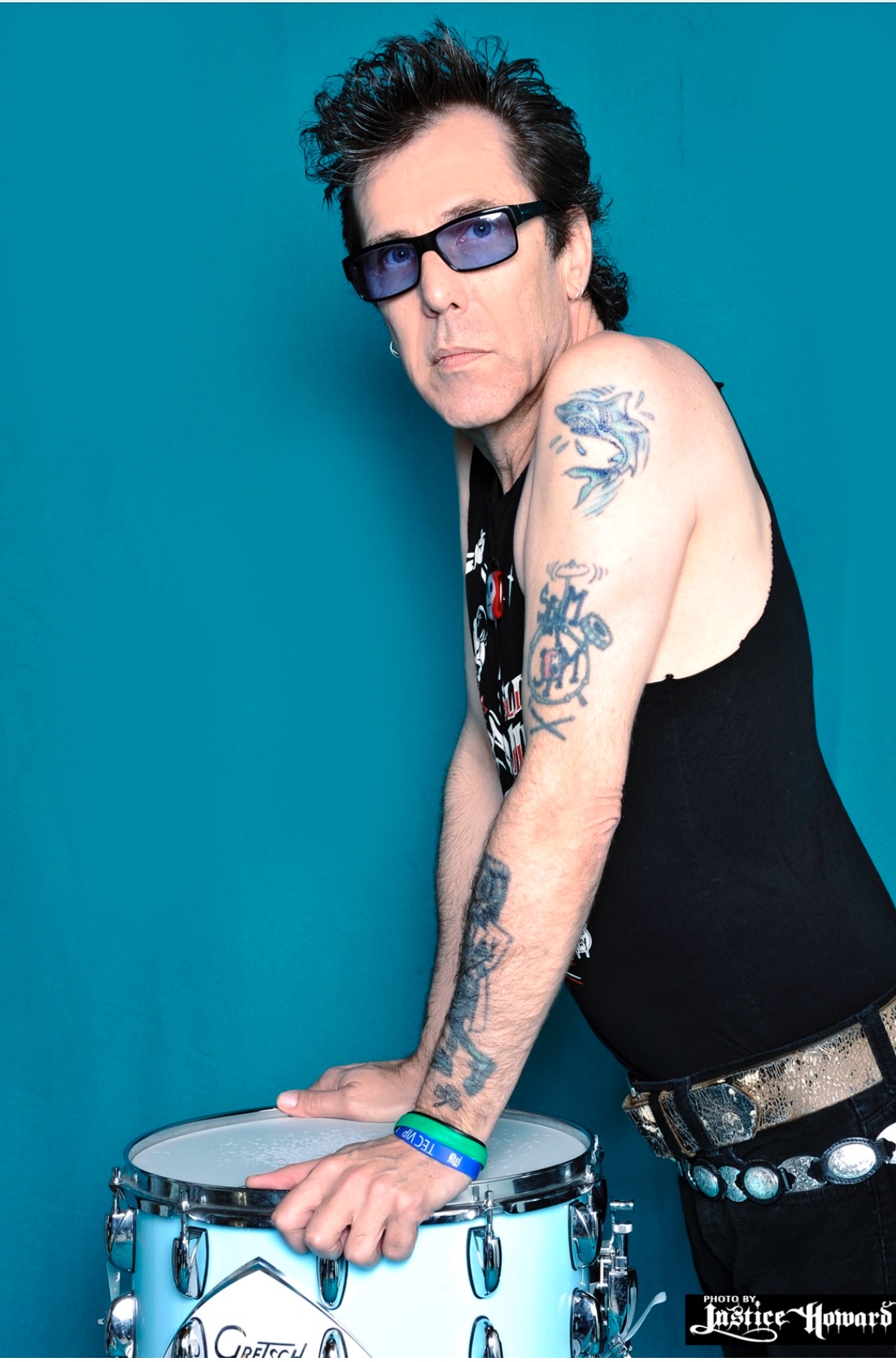 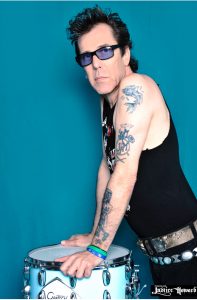 Rockabilly drummer, Slim Jim Phantom is officially set to tour with the U.K. punk band The Damned. Backed by The Pretenders, SJP will hit the stage in January through February in the U.K. I spoke with Slim Jim about his up and coming tour, his autobiography, his new tribute  song to Lemmy, and whatever happened to came up.

The Stray Cats made Rockabilly history with songs including, “Stray Cat Strut”, “Rock ‘This Town”, and “Runaway Boys”. “Rock This Town” has been listed by The Rock and Roll Hall of Fame as one of the songs that shaped rock n’ roll. After the group split, Slim Jim went on to play with heavy metal icon, Lemmy in the faction, ‘The Head Cat’, as well as The Jack Tar’ and several others.

Louder Than War: “A Stray Cat Struts: My Life As A Rockabilly Rebel”, a unique autobiography of the escapades and adventures of Stray Cat Drummer, Slim Jim Phantom, marking his rags to riches story, when he and his Long Island buddies, Brian Setzer, and Lee Rocker, bought a plane ticket to London. They went from penniless, and starving to suddenly without warning came upon a non stop ticket to fame, skyrocketing and becoming one of the biggest bands of the 80’s. The book includes  his relationships with rock n roll legends such as “Lemmy”, and friendships with artists such as “Beatle George Harrison”.

“I just came back from Knoxville Tennessee, doing a book signing. Which is good. Dee Snider was there, Marky Ramone was there, and a few other scattered people.  It’s easier than doing a gig. It’s just me. You don’t have a bass player, no sound man.I’ve been doing a couple of those, I’m doing one this weekend. So this book keeps selling for me. The publisher mails a box out to the place, you give a couple away to the guy next to you, Dee Snyder got one. Then I come home clean.”

Looking forward to his up coming tour with The Damned this winter in the U.K. Jim spoke of his intentions. The Damned were formed in London in 1976, and were the first punk rock band in the U.K. to release a single, an album, and tour the US. They are also known for having a huge goth influence.

“The next big thing I’m doing which will be very nice, is I’ve just excepted a guest spot on The Damned tour. It starts in England and it starts in January/February right now. I’m using the guys from The Pretenders as my backing band. They’re awesome. They’re so good. It’s starts in January and that’s first big thing that I’m doing in the new year. I’m going to open the show, do a couple of Stray Cat songs, and some other favorite songs, and then I may go on and do a thing with them during their set. I’m going to open the shows and just be on the tour. And we’re going to use that time because me and Captain Sensible were in a side band for years called, ‘The Jack Tars’. This will be a good opportunity for all of us, with the guy from The Alarm, Mike Peters, who’s in England, to get together. The four of us are always trying to get together. Chances are I’ll be with Captain Sensible everyday and the forth gay from The Living End, Chris Cheney will all be there together. We’re going to try and get a record out in time for record day. The Damned tour was the first step. Hopefully since we’re all going to be in the same place, we’ll work it out.”

Growing up on Long Island New York, but now living in California, Jim is no longer use to the cold weather that will face him in the U.K. During the harshest winter months.

“Going to the U.K. In January…well I don’t go out much. Living on Long Island, I didn’t like the cold weather either. Just now we were in Knoxville, there was a hurricane in the middle of the country. While we were waiting I was talking to the pilot from United. Things are different. The Earthquakes underneath, if it’s going to happen it’s going to happen but these fires and hurricanes, I don’t know. It’s a little different according to this guy. A hurricane in Tennessee that went up to Chicago, they don’t usually get that. I don’t know enough about it but I do know I was in Knoxville Tennessee two hours longer than I wanted to be, and it was like a monsoon. That effects everything when you get into Chicago.”

Recently Jim wrote a Tribute song for Lemmy, entitled “Born to Lose, Live to Win”. He gathered a guy from the heavy metal world, to help. The Motörhead community strongly supports it. According to Jim it was a labor of love. Him and Lemmy had been very close friends.

“The song is doing really good. We did a couple of shows at a big heavy metal festival called Wackan. It’s like ‘the’ heavy metal festival in Europe, like 100,000 people. I’m up there playing Buddy Holly. I was the only Rockabilly boy there, because of Lemmy’s connection. Lemmy loved heavy metal. So they accept me. We played the song that I wrote as a tribute to Lem, and it sounded great.”

With the relaunching of his book and the super huge tour coming up, there is a lot of good things happening for Jim.

“It more than I want to do. I just want to stay home and watch baseball and play with my dog. ( said in jest). You have to be grateful !”