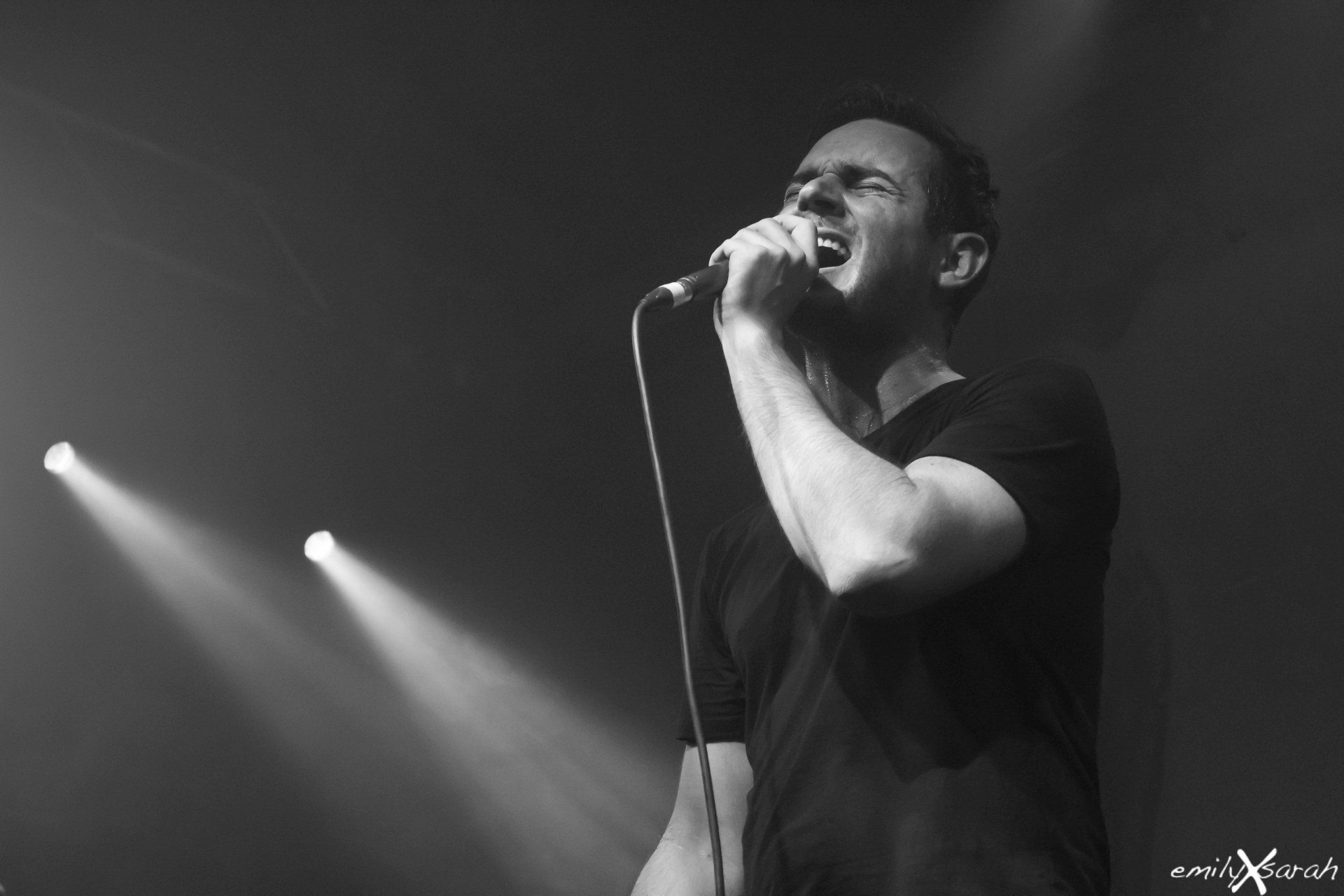 Australian sensation “Slightly Left of Centre” has recently released their alternative/pop single with a twist, entitled “Euphoria”, on Tabletop Records, a subsidiary of the Spectra Music Group. To say that this faction adds a new musical flavor to alternative/ pop is an understatement. This band has an above and beyond flair that serves to heighten your sonic senses and dares to defy your imagination. 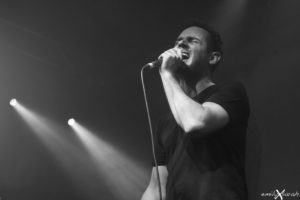 About to release their second single video, momentarily, “Naked”, an up-beat fascination, the two members Mike on guitar and Adam singing lead, are a true DIY duet. They produce, write, and everything in the middle by themselves, and are quite proud of it. With a 14 hour, and next day time difference, I spoke with Adam and Mike about their music, their future projects, their inspirations, and of course kangaroos……
Louder Than War: Are There only the two of you? You make a lot of noise for just two.

Only the two of us. We make it all happen. We do everything.

So how long have you been together, give me a little band history?

Mike:  The band started back in 2010. I founded the band with the original drummer Vince. Pretty much we penned the name together basically to be a pop band different than the rest, hence the name, “Slightly Left Of Centre”. I mean we do make pop music, yet at the same time, we do it with a bit of flair. We like to do things differently than most bands. The biggest thing that we do is Adam and I do everything, which is we do the audio production, we do the videos, the animation with a guy in Texas. We’ve been working on that for a year and a half. Pretty much we have the full overhaul. Tabletop Records, a subsidiary of the Spectra Music Group has helped us as well. The main goal for us at the moment is that we’re trying to make it sustainable. We’ve got Tabletop Records and the Spectra Music Group for the US market. We’ve got Music Dish and Eric handles all our media in Asia, and then we do Australia.

I love Australia. I’ll visit if it ever gets any closer.

Adam:  We’re trying to do the opposite, we’re trying to go to America. The one thing that separates us, our point of difference is we do everything ourselves and it very hard for an independent band to even have international success. So we are proud of the achievements we’ve had, we are always working towards a new goal. Our goal is we want to get to the US, we want to play shows over there, I feel like what Slightly Left offers is hints of similar sounds of Maroon 5. It’s the right avenue for American fans.

Mike: Everything to you hear is raw. We’ve got 11 songs on this album. We haven’t set a release date for the album. We are releasing songs single by single because we do have different styles of music.

What is the album going to be called?

Adam: We’ve gone with the name “Euphoria”, but it could change.

Mike: Most likely we did settle on “Euphoria”, we feel that that song was a great benchmark. I think that’s more of a straight pop song but the way we have tackled it, we’ve introduced the retro funk sound with dance. I feel that it is a good song.

Adam: We both write.

What in life inspires you?

Mike and Adam: I started off working with bands. I had a lot of different styles and that gave me a bit of insight how to write music from my bedroom. It’s not like I’m taking my guitar out to the countryside. With songs like “Euphoria”, we refine it a lot. Pretty much we start it with ideas, we have like 100. Then what we will do is, we normally go back to it. We try and work on it, not trying to force it out really, we try to write to the point where we know that it sounds commercial yet it still has an SLC flair to it. That being said we still work a day time job. It’s very costly but the good thing about it is that we have all of our own equipment.

Mike: We will be doing this the rest of our lives.

You would definitely fit into the US market.

Adam and Mike: That’s where we want to go. Playing live music here, or Australia in music in general is pretty much Aussie Hip-Hop. It’s big in Australia, it might sound weird in America.

So if you could have your ultimate stage fantasy, what would you need to happen?

Mike: I think we’ll keep this G-rated for this conversation.

Adam: The biggest party that anyone could experience from an audience no matter what that entails. I like the idea of people watching the show that they’re going to remember for the rest of their lives. Even if it’s a small showing. Something that they are never going to forget.

Mike: When we first started out doing a gig for the weekend, I can tell you now that the live presence of Adam is definitely sound… He decided to play that gig with his pajamas on. It was actually a really successful gig. The venue asked, “Who’s that guy” I had to tell him that he was our frontman. They had seen a lot of bands coming in, but they definitely remembered him.

Adam: It was interesting because I did a lot of gigs with a guitar strapped to me. I did a lot of gigs when I was a kid, but I learned very quickly that in my 30’s I can’t run around like I did when I was 16. After the first song I ran out of breath, I could barely sing the second and third song. Since then I’ve been actually working on my fitness level.

If you tell your fans anything, what would it be?

Mike:  Our fans and followers are worldwide. We’ve got quite a large mailing list. Also I do the website. I have an IT background so we do it all. I’d probably say to the fans thank you for supporting us. We really appreciate it. It’s not just Australian fans. I feel that Melbourne will always be our homebase but I feel that the US and the Asian market, we are pretty thankful for everything they’ve done. The growth of the band is fantastic.

Adam: A message for fans and potential fans: We’re coming for you! We have songs that are so damn catchy that you’re going to want to play them over and over. I just want to have people hit us up, and if you do I’ll be your best friend. We get messages from people on Facebook and we think that’s really cool. We get back to them, we always get back to the people that are interested. We want to crack the million view mark and see what happens.

Mike: We have a lot of songs that we will be releasing. One will be the animated music video which a lot of people really haven’t looked into it yet. That should be completed by the end of this year.

When you say animated do you mean like the Gorillaz?

Adam: Yep. Those feel good clips were inspiration as well as those point and click adventure games. They were popular in the 80’s on PCs. The animation for the next song that we have coming up in a few months will be based on a lot of games like Day of the Tentacle, and Monkey Island.

Mike:  We actually were very fortunate with this next video “Naked” to have it mixed and mastered by Steven Slate of Slate Digital. That’s quite a big thing for us because ” Naked” will be featured to 50,000 students enrolled in his course. Steven Slate is the recording engineer of all the recording engineers in the world. He is changing the way we record music. He’s actually made it convenient for everyone to record, and he’s from New York. He’s mixed our track and he loves what we do. He’s on the top of his game. He pretty much used my mix and I never went to University to learn, I just learned on my own. He spent a lot of time refining it, he put his heart into it. That’s what I was stoked about. As much of a celebrity as he is, he was a very humble person.

Well, I’d love to see you guys in New York.

Adam: I’ll be there.

Adam: I’ll trade you a kangaroo for a deer.