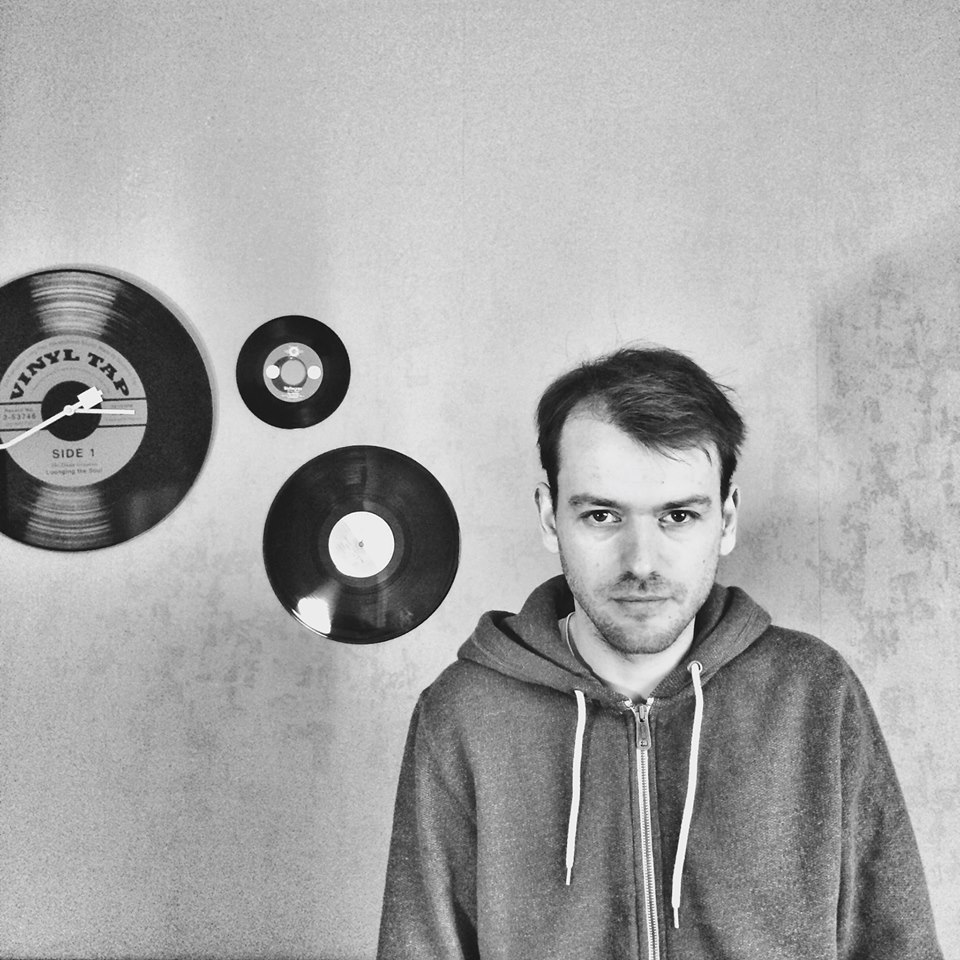 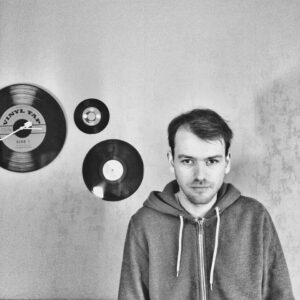 Imaginative & highly progressive Belgian music producer/musician Tim De Groof A.K.A Sixfingerz speaks with Louder Than War to cast insight into his musical influences, technical methods and inspirations, as well as his current and future creative endeavours. Sixfingerz owns an innate artistic finesse which he blends concisely into his experimental fusion of styles and sounds, drawing a wide expansive range of emotion along with a unique complexity which makes his music enthralling. His most recent album ‘Endromidae’ delivers a a masterful fusion of hip-hop, beat-scene, trip-hop, dub-step, soul and jazz, throwing blends of modern styles with past inspirations perfectly. Six has recently accomplished an Indiegogo campaign to press his current album ‘Endromidae’ to vinyl which should be released October/November under fresh organic Downtempo Irish label ‘We Grow Wax’.

Delve into this special interview to learn more about this extraordinarily talented artist.

Miff – What artists made the initial impact on you as a child growing up, fuelling your fires and inspiring you to produce music?

Sixfingerz- When I was very little I had the hots for Dexy’s Midnight runner’s -Come on Eileen. I loved it because it was so vibrant, uptempo and the killer change-ups. I listened to the radio a lot and recorded tapes like mad in the attic. I really liked Prince growing up, my uncle used to take me to concerts. I remember vividly his incredible ever changing performance.

In my early adolescent years I listened to a lot of electronic music, ranging from trance, Goa, IDM , Techno;
I started out Dj-ing back then too. A friend of mine was heavy into rock while another was into music, they introduced a lot of good music to me. Generally i moved more towards beat-like music. I would say these had an incredible influence on me musically: Coldcut, Dj Shadow, Aphex Twin, U-ziq,Bonobo,Aim, Unkle, Lamb, Radiohead, Massive Attack, Portishead, Prodigy’s ‘Music for the jilted generation’, Gang Starr , Mos Def, Rakim, Das efx, Nas … Recently I really like listening to F.K.A Twigs, Saux,Robot Koch, Novaa, Submotion Orchestra..

Miff – From incorporating allot of archive samples into your music must mean that you love to research and sift through records. Can you give us some insight into your collection? what’s your most treasured record in there at present?

Sixfingerz – I still got a modest stack from back in the day when i started dee-jaying. I sold a lot of them though. My most priced possession got stolen on a gig, it was Windowlicker on vinyl, that record and cover was just amazing!. I still got my original Unkle – Psyence Fiction and Dj Shadow’s Endtroducing from back in the day, though i did cut out the artwork of the former one to decorate my room with.

Miff – What are the most inspiring elements about the music scene in your city of Antwerp.? Is there strong support for the more independent/DIY music artists over there?

Sixfingerz -The scene in Antwerp is very diverse, there’s all sorts of tunes, it’s become more and more prominent over the last 5 years. I really like that new upcoming producer called ‘No TV No Radio’.

Miff – I believe that music is a life journey and it shapes and moulds itself through experience and self-expression. What would you say is the magic formula to your creative style at this present moment?

Miff – Do you have an awareness towards a certain pulse or trend of the times that you tap into through the music you create?

Sixfingerz – I’m aware of what works yes, but i also don’t wanna overdo it or make the track a gimmick. I like unexpected things in music. It’s not because there’s a part in there i personally don’t like that it cannot be a killer track.

Miff – Being heavily influenced by music and being a photographer means that I usually find myself subconsciously attaching music to the images I create, which I believe adds a deeper dynamic towards the atmosphere of my photographs. How would you best describe your creative process, is there images or a themes in your mind-set that draws upon the way you craft your sounds.?

Sixfingerz – I can relate to that, because i’m usually having a visual experience when making music, It’s like sort of an image, experience or atmosphere coming through and I try to sculpt that image in the best way i can. I usually come up with idea’s and let the music take the lead, then i pick the best idea’s and let it rebuild itself.

Miff – Through your rich and diverse appreciation of music how would you best describe your musical journey/evolution over the years to where you are now?

Sixfingerz – Hard to say, I feel like my varied musical taste takes me to different places I want to explore.

Miff – What would you say has been the most pivotal aspect to your music career so far?

Sixfingerz – I would say getting an opportunity to put official releases out thanks to Derrick Daisey from Cold Busted.

Miff – Your most recent album ‘Endromidae’ is a fine example of the diverse styles & intricate touches which you bring to your music. I love how you keep the production of it very much alive with organic textures, have you ever experimented with recording your own live outdoor natural sounds and incorporated them into your music?

Sixfingerz – I try and achieve that sound often yes, sometimes i use outdoor sounds sometimes i get creative with just some household items and a microphone.

Miff – Within your genera diverse album ‘Endromidae’ you have jazz elements incorporated into your sound, there is a vast plethora of jazz styles out there. What style of Jazz are you most drawn too? & will you experiment more within the realm of jazz?

Sixfingerz – Great question, I’ve always been inspired by the slight jazz touch,but lately I’ve been really into that dissonant jazz style, somewhat trip-like. I feel incorporation of new flavours in your music enriches your musical idea’s and direction.

Miff – What is your favourite beat making tool and why?

Sixfingerz – I still make all my tracks with Madtracker , a dated an unsupported tracker . If i can compare it to anything recent, it would be Renoise, only i have to do more programming, automation. I tried all kinds of software over the years but it’s my weapon of choice wherein i can get the most done in little time , but with less technology and more humanisation. I do still use Cool edit pro 1 for recording as well, simply because of how handy and direct it is.

Miff- Is there a beat making tool that you have had from you first started making music that you still use today?

Miff – You are under the umbrella of independent Irish label ‘We Grow Wax’ Can you tell us a bit about the labels ethos & how long have you been with the label?

Sixfingerz – Think I’ve been in for little over a year now, I really like their personal artistic approach. I Still roll with Cold Busted as well. It’s more a matter of what music fits where, as I do produce a vast amount of music every year.

Miff – What interesting collaborations have you been involved in of late?

Sixfingerz – Pistice, Razat, Pete Range , Ny Odus, lots more in the pipeline,can’t say much yet but i’m always in interested in good vocals or instruments.

Miff – Over the last three years you have focused on bringing your own theatre production to life, composing a soundtrack to a dance production called ‘Red Ridin’ Hood’. Can you give us some insight into the project? and as a first time experience of working on a production like that what valuable lessons have you absorbed?

Sixfingerz – It’s going to be be an overall performance comprising of various disciplines such as music production, projection / video, graphic arts and dance. The main brain child behind this big project is Marco Menezes , creator of the Obelixx Popping factory. I am very happy and grateful to be a part of it : https://www.danstwerpen.be/

Miff – Do you aspire to work more on soundtrack/film score productions?

Sixfingerz – Yes, I love making music that serves a purpose and I like good a challenge too. This is generally my first step into that direction. But I look forward to the next one.

Miff – Do you have any plans for a UK/ European tour this summer?

Sixfingerz – No plans yet, working on a new and improved set for the future. My cat grabbed one of my pads off my mv8000 so right now it’s pretty handicapped.

Miff – What best advice would you give to young budding Independent artists out there today?

Own release on Bandcamp:
Sticking with Differently 2014