Home Blogs Interview with Sid Griffin of The Coal Porters 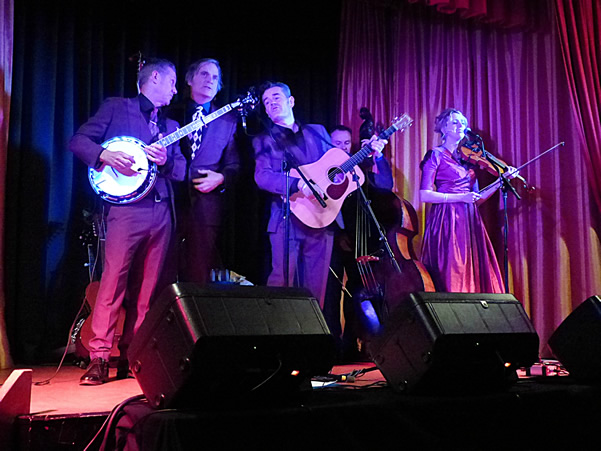 The Coal Porters’s new album No.6 is coming out in September on Prima Records. Louder Than War’s Craig Chaligne speak to their ringleader Sid Griffin ahead of their UK tour.

Hi Sid, thanks for taking the time to chat with Louder Than War. 2016 has proved a busy year for you with the release of The Long Ryders Boxset, some solo touring and now the release of the Coal Porters new album and its subsequent tour. Are you enjoying it ?

SID: I enjoy it but it is very hectic. I have a lot to do and not much time to do it in. Plus I have a family and other, non-musical commitments. There is even more stuff going on which will be announced in November or so. I keep busy.

The Coal Porters started as a full electric band in Los Angeles in 1989. Could you tell us a little about the period after The Long Ryders’s demise and the formation of The Coal Porters?

SID: I foolishly started a band that was a bit too Long Ryders lite. Same lineup but more pedal steel and some keyboards, some piano. Next thing I knew is we were offered two deals and I was completely not ready for that. The manager of Del Amitri and the guy who ran King Tut’s Wah Wah Hut in Glasgow both said in 1995 the Coal Porters were the best unsigned band in the land. That was a huge thing for us, people listened to that, but for some reason things never quite gelled. I had people in the band who were interested in other things, one guy in his own solo career, and so on. So these distractions tore it all apart. And the guy with the solo career is still pretty much unheard of two decades later, his career so low-profile he makes mine looks like Elvis’!

You have sometimes said that what you were trying to do in the early days of the Coal Porters was a bit too close musically to The Long Ryders. Could you elaborate on that ?

SID: Yes, it was simply too close musically to The Long Ryders in style, in format, and in sound. I should have gone straight to Western Electric or acoustic folk-bluegrass like we play now…then it would have been a change and people would have respected me for this change. But as I say the band was good back in those days but simply not what I should have been doing.

Producing Lindisfarne’s album “Here Comes the Neighbourhood” in 1998 seems to have had a profound impact on you as you decided to make The Coal Porters a full acoustic act soon afterwards ?

SID: Yes, though remember Lindisfarne use electric bass and a full drum kit. But producing them was a wonderful experience for me and I did a good job, it is a fine record. They got me interested in the mandolin but since Ray, their mandolin player, split the band they have not really had a proper mandolin player in the act. But it was fun working with primarily acoustic instrumentation.

You have now been playing with Neil Bob Herd for more than 15 years in Western Electric and The Coal Porters. People have come and gone in the band but your partnership has endured. It looks like the affirmation you make in “Salad Days” (“The friendship was the price of any band”) doesn’t apply to you and Bob?

SID: No, it does not. Salad Days is actually about the Long Ryders though it is on the Coal Porters album. And of course John Peel did not like the Long Ryders and he did not like Green On Red either so the line about John Peel playing our record is utter baloney. If Peel had played it or played a Long Ryders record with any regularity we would have probably been stars. But that is life. I met him a few times and found him either very shy, uninterested in speaking to me, or perhaps out and out cold. I have never figured out what it was. The people around him like Andy Kershaw and the late John Walters were terrific.

During the interview we made in April, you touched on the subject on how hard it is to keep a band like The Coal Porters together now that you are the only member living in London?

SID: Extremely hard to keep a band going without great success when the five members live in four geographically different spots. It is extremely difficult. The Who and REM both tried it and within a few years each band was firing on three cylinders. Unless No. 6 meets enough success to go up the ladder a few steps I do not see how we can progress as expenses are up but income is about the same.

Number 6’s recording started in 2014 but a quite lengthy gestation with several mixes. The finished product shows that it was worth it but could you tell us a bit more about the recording?

SID: We did half the album in late 2014 and half in early 2015 and then took a break. I mixed it at length with the producer John Wood. I do think we made a good team at this, I hear the mix and I think he and I made a good mix team as the music sounds fine. But I could not get the running order right and the band had some internal issues to deal with so I did some further recording, changed the running order, dropped a song or two, re-mastered it yet again and basically ran up a big bill but in the end I think it was worth it if you are speaking artistically and I am at this point.

You’re visiting most corners of the UK next month but is there further touring plans for 2017 for The Coal Porters?

SID: We are doing dates in September and a handful of crazy things till we pick up the UK tour again in Feb 2017. Some of the Feb 2017 dates are already booked, some are just pencilled in. It is late August 2016 as we do this interview and I can tell you the summer festival season for 2017 is already being booked…a year in advance!

The band offers covers of punk or new wave songs (“Teenage Kicks”, “Heroes”, “Another Girl, Another Planet”) in a bluegrass style. What makes you choose a particular song over another?

SID: Neil Robert Herd thought of Another Girl, Another Planet and it is his arrangement as well. I must say I think he did a crackin’ job on it too! I thought of Heroes by Bowie on the last album and how to approach it. We’ve done My Generation, Teenage Kicks twice in two different styles, Ohh La La by Ronnie Lane, some Dylan encores…we’ve done our fair share of classic 1976-77 punk songs in a bluegrass style too. People like it and they are fun to play.

The Coal Porters will be touring the UK in September.