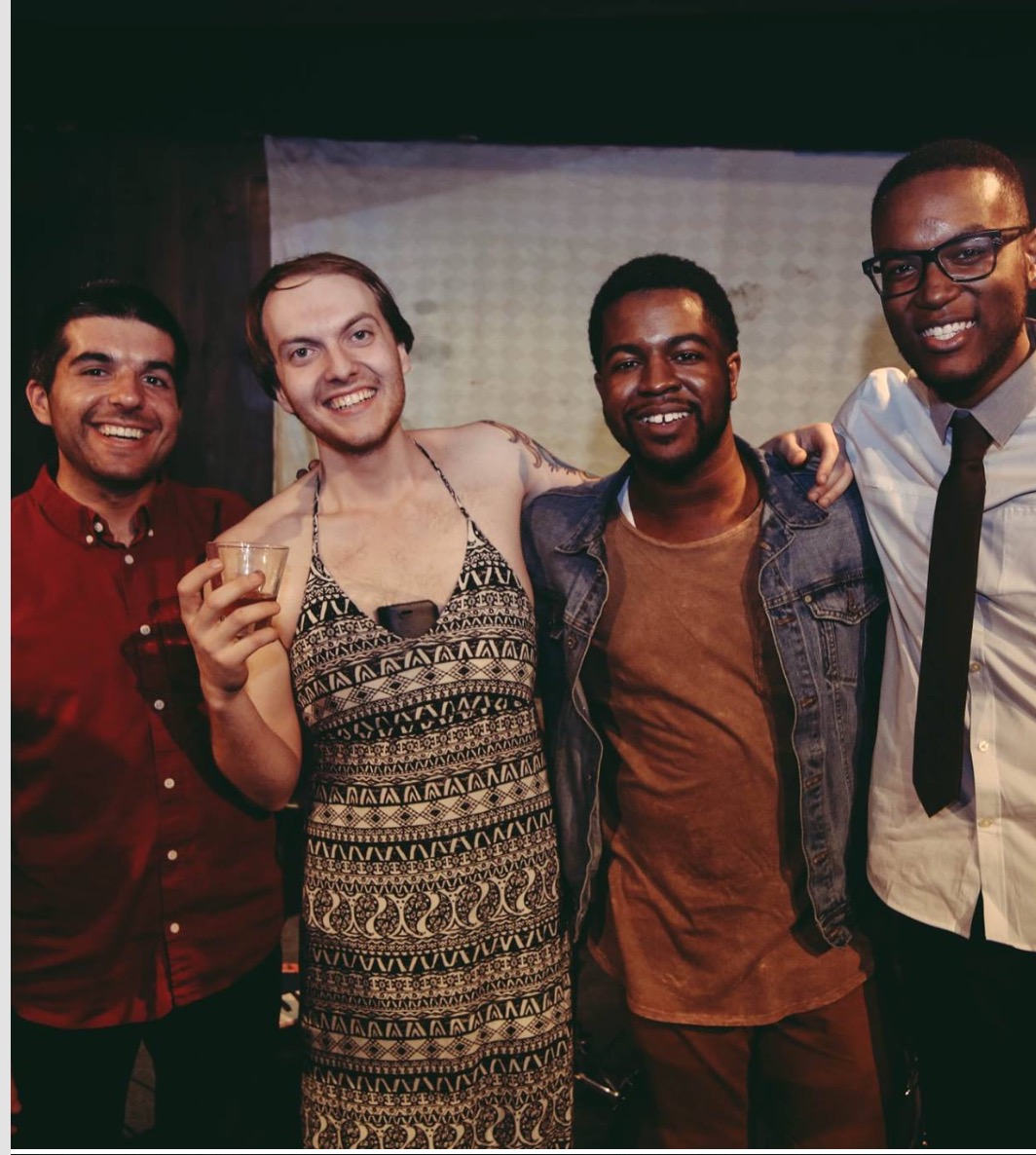 Eileen Shapiro meets some serious Jazz and R n’ B musicians having fun with Shrek Is Love, their animation-based band.

This is something new and different; any Shrek lovers out there? Shrek is Love is an unusual new California/New York based jazz/R&B/soul faction with a new release Shrek Is Love, Vol 1: This Is My Swamp. Despite the fact that they play songs about love and Shrek, the whimsical green ogre from the movie, their music is quite sophisticated. 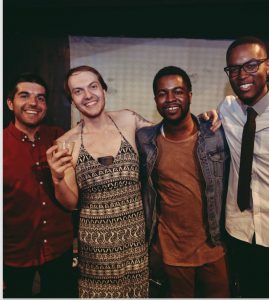 The band contains: Michael Mayo on vocals, Jacob Mann on keys, Nick Campbell on bass and Christian Euman on the drums. The band is also divided between the East and West Coast as well, with two living in L.A., and the other two in New York. Their love for the Shrek character unites them. They currently play in venues around the country and plan to drop another album at the end of 2017.

Louder Than War: So, what happens when you run out of Shrek themes?

Nick: So the way we got started is, we’ve all been playing together in LA for a long time. We booked a show without having any music, and we just kind of came up with the idea the week of this show. My friend had a studio so we recorded a bunch of it. We’re working on music right now and as far as we know, we’re going to get through the entire plot of the first movie, that’s the goal. Since the songs are all like six minutes long it will probably take a long time.

Do you really all love Shrek that much?

Nick: Yeah. There is definitely an internet culture around Shrek. There is a variety of forms on the internet. We just kind of hit on the idea. The people that discovered it just love it, it’s definitely creative with a positive feedback. It’s just like so fun.

Who writes the Shrek Music?

Jacob: It’s a combination of all of us. One person will come to the group with an idea, and then as a group we will sort of flush it out, and turn it into what it is. Some songs are mostly written by one person, and some songs are written collaboratively. We all had a hand in writing the songs on the first EP.

Nick: We all had a hand in writing the songs on the first CD. That’s one of the things that is fun about it, because we all do a lot of touring. Michael our singer lives in New York right now, so when we get together we will all show each other the stuff we’ve been working on. It’s sort of awesome to work that way because somebody will bring in something that’s totally crazy or like really beautiful, and make it about Shrek. We’ve all been playing together for such a long time that even if we don’t see each other for a while when we get together we all have all these different ideas and then it becomes a totally collaborative thing.

How do you rehearse long distance?

Nick: We usually just run things through a few times, sometimes we don’t rehearse. When we started the band we all lived in Los Angeles, and we weren’t traveling and touring so much. Michael finished school and moved to New York, and Christian who plays drums travels a lot and tours a lot, so we schedule a time that we get together in Los Angeles. Whenever we’re here we try to schedule a show just for that. Using the Internet we just make demos and send recordings to each other that way.

Can you introduce the rest of the band please?

Jacob: So Christian plays drums. He’s an incredible jazz drummer, he’s an incredible punk drummer, basically any genre. Michael is the vocalist, and he’s one of the most incredible vocalist that I’ve ever heard. People say that his voice sounds like a piano, because it’s just so spot on with his pitch. Nick and I went to USC together, and. Christian and Michael went to graduate school at UCLA, for jazz performance. We met when we were all in Los Angeles and started playing music together. When we met we were just playing jazz tunes and R&B tunes because we all had the common ground of enjoying playing in lots of different genres. So yeah we just clicked, and booked a show without having any original music, then the Shrek thing sort of came to life. We are all sort of goofy, it wasn’t one person that said, maybe we should start writing serious music now. It just sort of evolved that way.

Do you plan on touring in support of this album?

Nick: We don’t have any plans for a US tour, but we do a lot of gigs in LA, and we get to New York decently enough. So right now the live stuff is located in between those two cities. We’re planning right now on recording music for a second EP.

Where do you see yourselves in 5 years when you run out of Shrek?

Jacob: There are four Shrek movies. I’m not sure if I’ve seen them all actually, but a lot of the movies have DVD extras, that we can maybe delve into. Then when we get into the end of the Shrek plot, it’s sort of like a “Game of Thrones” situation, where he stopped writing the book but the TV show went forward with the plot. That might be our job, as a band. Sort of take the plot where it wants to go.

Jacob: We can’t believe it either.

Nick: Definitely the first one for sure. It’s a timeless one definitely. I have very vivid memories of seeing it as a kid. For the band it has perfect material because there is so much in it.

Are your fans and followers also Shrek fans do you think?

Jacob: It’s so funny, we have a mixed jazz band, because we all come from a jazz background. The melodies and the harmonies of our music are jazz and R&B centred. We mix with the jazz and R&B and the Shrek Internet community, we’ve gotten messages from them. It was a community that I was not aware before delving into this album, but it seems like they are fairly well represented on line.

Is there anything else that you would like to add?

Jacob: We are in the process of writing this new music and are really looking forward to putting more stuff out.