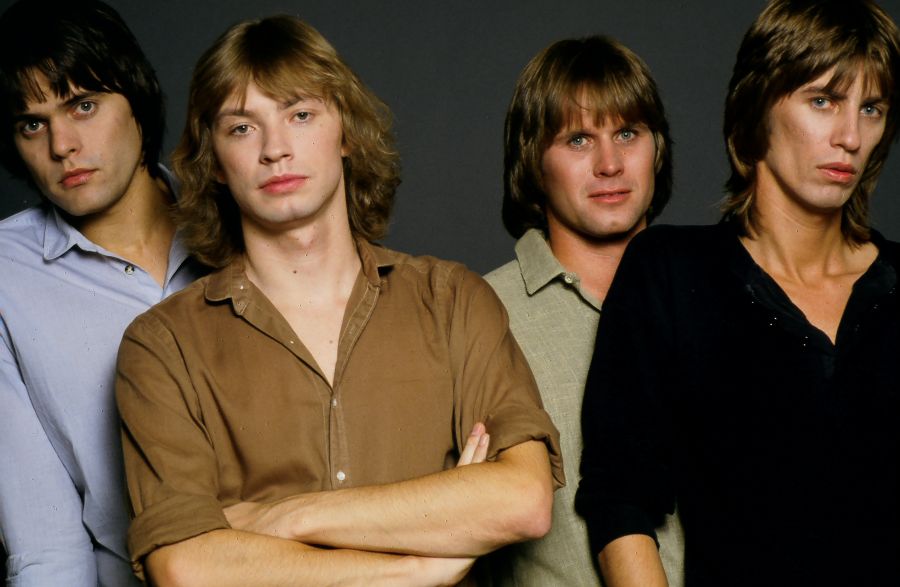 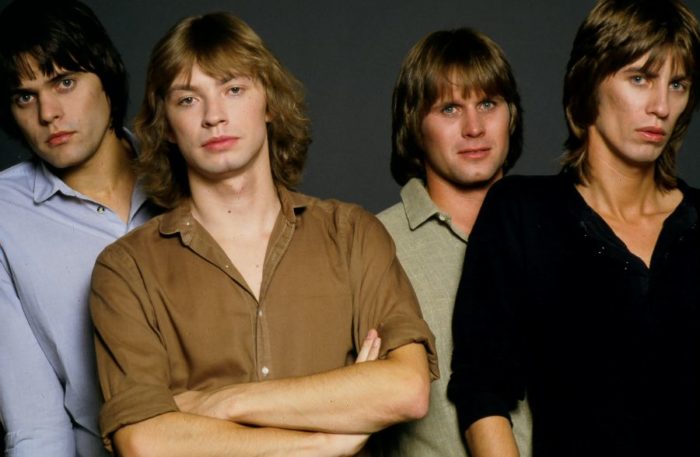 On this anthology, the listener is enable to revisit your formative years leading up to the release of “Black Vinyl Shoes”. What was your impression on hearing your early recordings again after so many years ?

Hearing the old recordings is a mixed bag of emotions and memories.  On one hand, it revisits the emotions of the times these were done and yet, we rediscovered some things we had long since forgotten about.

You were music fans before being musicians. In the liner notes there is some interesting quotes on how your learning curve on the technical side of recording was coupled to a close study of the songs of your favourite artists. Is there particular examples of songs that “inspired” or “helped” Shoes’ songs to come to life ?

Every band is a compilation of all of the songs they’ve been exposed to and they show up in different ways.  But there are certainly songs that influenced us at the time we were recording these.  The influence of the vocal swells of 10CC’s “I’m Not In Love” shows up in “Someone Finer”, Elton John’s faux “live” song “Bennie and the Jets” and Big Star’s “Mod Lang” influenced “New Meat”.  The guitar solo in “Rock Your Own” was also strongly influenced by a Big Star riff.  Ziggy Stardust, Grin’s 1+1, both Big Star albums and even Cheap Trick’s 1st album were constant inspiration.

The period where the band was born is known for being one of musical excesses where virtuosity, multi part songs and extended solos were the norm. Is it something you were conscious of while putting together these first three albums or did you just plough your own musical furrow ?

None of us are fans of those musical traits of long, drawn out solos.  We favored simple songs with short concise musical statements.  The George Harrison school of guitar playing.  The vocals of the “everyman” and not the operatic gymnastics of some singers.  The inspiration of a garage band baging things together, like the early Kinks records.  Make every note count, do your piece and move on.  Otherwise, it’s really a wanky form of musical self-gratification.

Shoes went through quite a lengthy gestation period before gaining momentum with the release of “Black Vinyl Shoes”. In retrospect, do you consider this an essential part of the band’s longevity ?

Absolutely!  We learned something new with every song we ever recorded.  We still do.  That’s what makes it fun and keeps it exciting for us after all these years.  We step away from it from time to time so that it’s fresh when we get back to it.  We truly appreciate each other and their particular contribution to the whole.  We’re still best friends!

“Black Vinyl Shoes” and the release of the “Tomorrow Night”/”Okay” single lead you to secure a recording contract with Elektra for three albums. How was the transition from recording on your own equipment to fully fledged recording studios ?

It was surprisingly similar!  We always assumed there were tricks and protocols that we never learned, because we were self taught. Once we got into a “professional” studio we discovered that it was very similar.  There was just more gear and more channels on tape.  Of course, that doesn’t mean we didn’t learn, but it wasn’t frightening to us.  Maybe a bit intimidating, at first.

Are you hoping to be able to revisit your Elektra catalogue in a similar manner ? All three albums are currently out of print on CD.

Definitely!  We also have all 3 of those albums in demo form, that were recorded in our home studio.  So that could be a 6 album set!  We’ve briefly discussed this option with the folks at Cherry Red.

Your stay at Elektra was artistically successful but commercially less so. Do you think the hopes they had for you in term of record sales were unrealistic ?

Very definitely!  Elektra was a relatively small company that had mega-selling artists.  They had recently broken The Cars with multi-platinum sales and expected everything they released to do the same.  After returning from England with the master tapes for Present Tense they were so over enthused that the chairman of Warner declared it would sell 3 to 4 million copies.  This set the bar way too high and of course, it fell way short of that.  So, they lost interest.  We thought 50,000 copies of a first effort would be nice and it well surpassed that.

The band has always operated as a democratic unit when it comes to sharing the songwriting. Has it always been an organic process or did you sometimes made sure everybody had an equal share of songs on the record ?

We are very mindful to maintain equal representation of the members.  The media and the public have a tendency to focus on certain aspects, so it’s important for us to ensure that everyone’s contribution is equally valued, even if certain songs rise to the surface.  There is so much interaction and collaborating on most songs, that even though a song may be written by one member, the contributions of the others help to make it what it ends up to be.

You played your first live show in three years in November 2017. Is there plans for more this year to celebrate the release of the anthology? Any plans for an album of new material ?

Scheduling is a major hurdle, but if the right situation presents itself, we consider all options.  If it’s fun or something we’ve never done before, it’s exciting.  Just to go out and through a predetermined number of tour dates, isn’t so much.  We’d love to return to the UK and play some show there.  We’ve never done that before.  But there are also financial considerations, of course.  We’re open to suggestions…