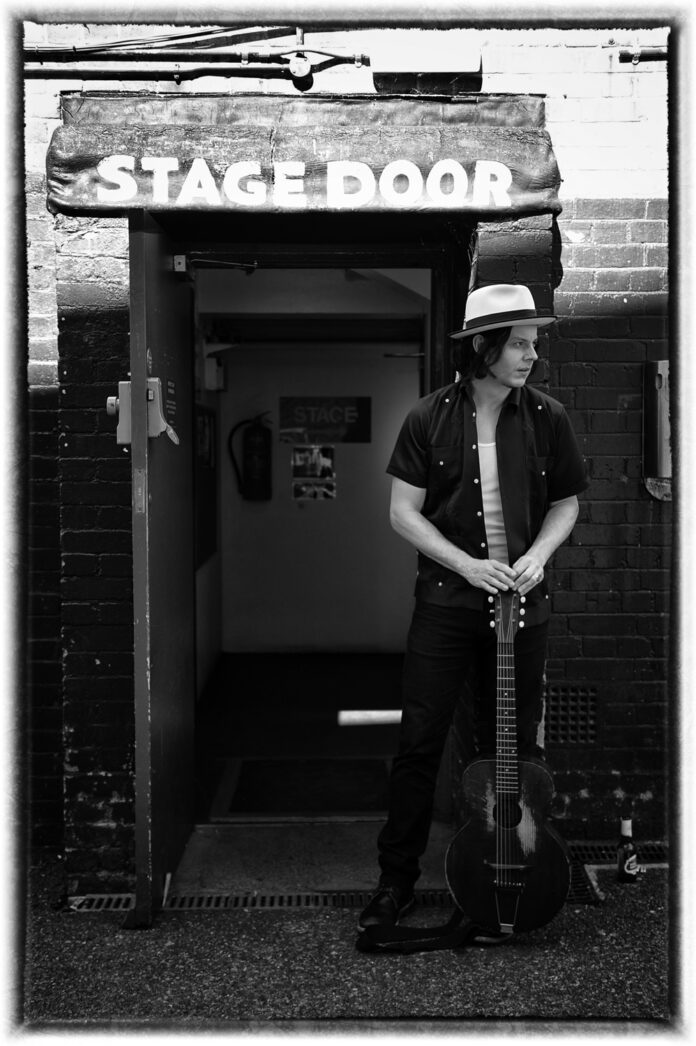 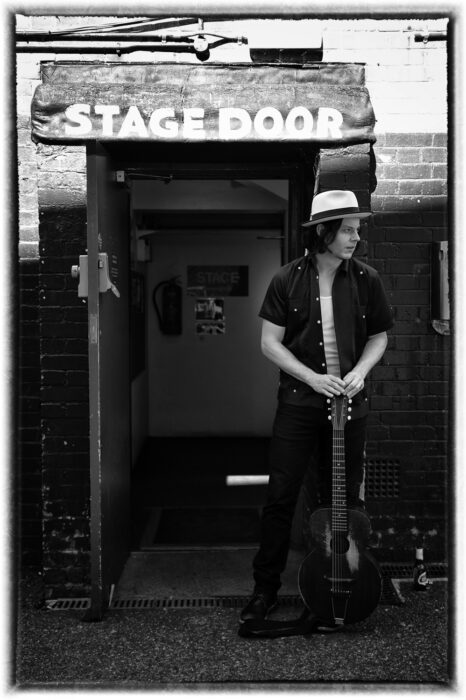 For Louder Than War, Peter Darrington has been talking photographer Scarlet Page whose new book, RESONATORS, which focusses on guitarists, is currently raising funds via Kickstarter.

Scarlet Page has been taking photographs of rock and pop stars for twenty years and I can almost guarantee you’ve seen one if not many of her photographs. Her candid naturalistic ‘capture the moment’ style has given us some of the most iconic images in rock and roll since the early 1990s. Her work has been in every music publication, newspaper and on too many record sleeves to mention.

Odd then, that Scarlet has never got round to putting a book together until now. What’s even more bizarre is the fact that, one: despite having a ridiculously rich and almost exhaustive back catalogue of rock star shots to choose from, she decided to go out and get entirely new and exclusive ones (thus giving herself an absurd amount of work to do instead of just putting her feet up and sifting through a pile of negatives) and two: without even considering going to a publisher, decided that the book would be a ‘DIY funded-by-fans KickStarter project.

The result is a frankly stunning and charmingly candid portrait collection of some of the world’s most important and influential guitar players. Titled ‘Resonators’, it should, all being well, be out towards the end of this year and features everyone from Slash, to Paul Weller, Wilko Johnson, to the incredibly elusive Peter Green, Graham Coxon to Noel Gallagher, Paul McCartney to Jack White. Basically, if they matter when it comes to 6 stringed antics and they’re still alive, they’re in this book, capiche?

With this in mind, I caught up with her recently over a bowl of coffee you could bath a baby in and asked her some daft questions about her job and her book.

Louder Than War: OK, let’s start with the basics. How did you become a rock n’ roll photographer?

Scarlet Page: Haha! Well I went to uni to study a photography degree and then landed a job as Ross Halfin’s assistant, photographing rock bands all over the world. It was a really exciting time when record companies had budgets! I started shooting more and more of my own stuff and my first published shot was of Chris Cornell live and then my Verve photo was used on their Northern Soul artwork, that helped my portfolio no end!

Who was the first band or artist you photographed professionally?

The first paid shoot i did was for a band on EMI called Baby Stafford https://en.wikipedia.org/wiki/Baby_Stafford, before that I had shot many bands live and set up, but it was just ‘adhoc’ and it was just me who made it happen rather than being officially commissioned.

You’ve photographed pretty much everyone in the rock n’ roll spectrum from Robbie Williams to Slash. Do you ever get nervous or star struck?

I think the worse time was when I had to shoot the original line up of Duran Duran!! Surprisingly as my teen idols this was the worst but also the most amazing shoot ever!!

What’s the coolest place you’ve ever been for a photo shoot? Where did this book take you that you’d never been before?

I loved photographing The Mars Volta in their home town of El Paso, that was visually amazing, visiting old cemeteries and disused railway tracks. They are so photogenic too, it was a win win! I did a lot of at home shoots for Resonators, so there was much visiting of amazing houses in the Hollywood Hills!!

Life can be tough sometimes! So ‘Resonators’ is a collection of some of the most famous guitarists in the world. You explain the poignancy of the title in your promo film. Do you think the guitar will always be the go-to instrument for rock n’ roll?

Yeah for sure, who doesn’t look cool holding one? Actually, when the guitarists would start to noodle on them mid shoot that didn’t always make for a ‘good’ look. They tend to pull some funny gurney faces at those moments…

Scarlet frowns at the thought that she may have seen Sir Paul McCartney’s ‘come face’ and I momentarily have to stop the interview. Eventually, we continue:

Rock n’ rollers are notorious for living fast and dying young. Is there anyone you wished you’d managed to photograph that sadly aren’t with us any more?

Jimi Hendrix! Can you imagine how cool that would be? I wonder where he would be today if he were still with us.

I think Jimi would be a crazy recluse, living in a caravan in the Lake District. I think he’d spend all day feeding stray cats, drawing wildlife and servicing a massive queue of lady fans who have sought him out as a pilgrimage. Is there anyone you wanted to photograph for this project but for whatever reason it just didn’t happen?

A few guys weren’t available and you can probably fill in those gaps yourself. Some ladies such as Joni Mitchell and Bonnie Raitt were just out of reach but would have been amazing to meet and photograph.

Are there any particular favourites of yours in the collection for this book?

No but as a collective they look great in black and white, we also lucked out as my friend Warren usually works on Anton Corbijn’s books offered to help me with mine. He is a master!

How many musicians did you photograph for this book?

Were there any guitarists that you thought ‘he/she will never say yes’ that did?

Peter Green! And Slash as his schedule was everywhere I wasn’t and then at the last minute something changed and he was in LA when I was, he is such a lovely guy!

Who was your most photogenic subject?

Marilyn Manson probably!! Actually I shot King Crimson recently and wasn’t relishing the thought of 7 middle aged men but the photos were amazing, they looked fantastic! I couldn’t believe it and kept saying ‘wow these are amazing!!’

So, you’re funding the book via KickStarter. It seems to be going incredibly well and you’re well on your way to getting the book printed, quite deservedly. Did you approach any publishers or did you decide to go DIY from the off?

We wanted to get this out before Christmas and though we would give it a go ourselves as we know a great printer and distributor. We had the designer,photos and words ready to go so it was worth giving it a shot ourselves.

Do you still use film ever or are you completely digital now? Which do you prefer?

I love film but in this fast world we live in I barely get time to do it, i have grown to love digital too but it has given me much more work to do as I do all my own digital processing and retouching.

So what’s next for you? Who’s the next musical megastar that will be in your viewfinder?

Who’s photographs inspire you? Do you have any favourite rock photographers?

I love Anton Corbijn, he shaped my teens, even through the Duran years! I went to college with Perou and love seeing what he is up to too.

One last question. You must have photographed thousands of musicians in the last 20 years. Would you do another book, possibly from your massive back catalogue?

Oh maybe, but I have never thought i could pull it off until now! This seems to be a better reason to do it somehow, a specific project with something to say that makes up a collection… but my motto is never say never!!

Thanks for taking the time to talk to us :)

Thanks for asking me!!

All the details of Scarlet’s new book, including how to pledge can be found over at their Kick Starter page, with a cool promo video: